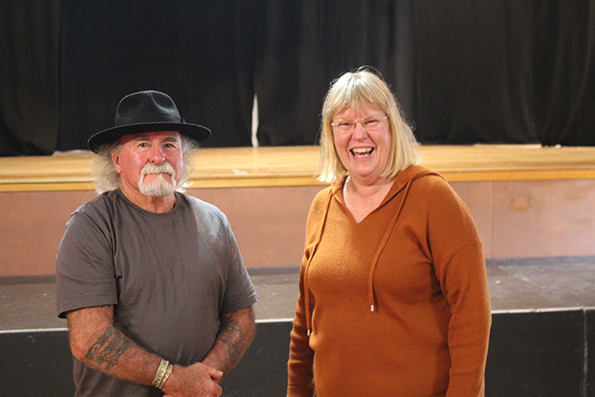 Sixteen local entertainers will ignite Paeroa Little Theatre’s stage for an improv fundraising show on June 17.
Chairperson Rowena Buchanan told The Profile the event, dubbed Friday Night at the Theatre, aims to raise funds for the theatre’s general maintenance and bring local entertainment back for Paeroa’s community.
“This year at the AGM the committee said we have overheads, we own the building and the land so we have the rates and the insurance and the power… those things mean we actually need to create something during the year to actually keep our heads above water,” she said.
“Our own shows are our way we make money and we’ve been unable to get those off the ground partially because of lockdowns but also partially just because of people being in a less secure situation.
“Bringing those shows to Paeroa is something we think… really adds to the Paeroa community.”
Rowena said the theatre, which had operated for more than 90 years, also had hall hire costs as its source of income which had also dropped due to Covid-19.
Committee member Don Neil said the show featured 16 entertainers from the Hauraki District.
“We’ll have some outstanding musicians, some dancers, storytellers, poets… there’ll also be a couple of skits by local actors as part of that entertainment,” he said.
“We’ve had a great response from mostly everyone we’ve considered to be part of it so we’ll be looking at a great night’s entertainment for a couple of hours.”
Rowena said doors open for the event at 6:30pm, and the show begins at 7pm.
The event will be in two segments with an intermission, and finish between 9:30pm and 10pm.
Rowena said 50 tickets would be available to purchase for $20 each at the door on the night.
“That’s higher than we’ve asked for some of our shows in the past but because of the fundraising element we’re hoping people will support that and be prepared to pay a little extra for the ticket,” she said.
Details: Friday Night at the Theatre, Paeroa Little Theatre, 1 Francis St, on June 17. Doors open 6:30pm, tickets $20 available at the door.