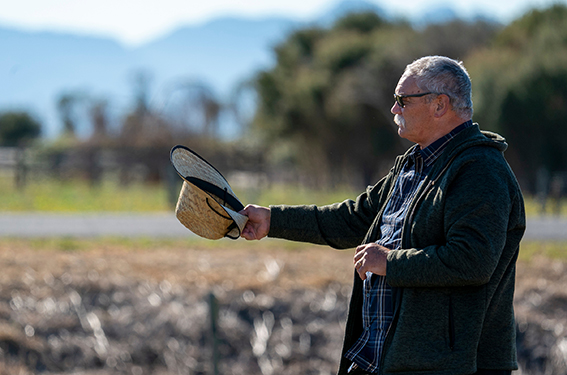 Kaumātua Wati Ngamane has been the chairman of the Ngāti Maru Runanga Trust since 1999, and a trustee and chairman of Matai Whetu Marae since 2001. File Photo: JOHN COWPLAND Ahuwhenua Trophy Excellence in Māori Farming Award 2021 for Dairy. March 2021. Photo by alphapix.nz CONDITIONS of USE: FREE for editorial use in direct relation the Ahuwhenua Trophy competition. ie. not to be used for general stories about the finalist or farming. NO archiving of images. NO commercial use. Please contact John@alphapix.co.nz if you have any questions

A Thames kaumātua and iwi negotiator says the work continues on Treaty settlements that have been ongoing since 2009.
Walter (Wati) Ngamane, from Thames, is a co-negotiator for Ngāti Maru, working alongside other iwi to complete Treaty Settlement Negotiations.
After being named a Member of the New Zealand Order of Merit for his services to Māori and tourism, Wati said the job was “not finished yet”.
“The end goal keeps us focused. What else can you do?” he said. “You can’t give up.”
According to the New Zealand Government, as of August 2018, 73 settlements had been passed into law. The total value of all finalised settlements was $2.24 billion.
Wati, who has been the chairman of the Ngāti Maru Runanga Trust since 1999, and a trustee and chairman of Matai Whetu Marae since 2001, said he appreciated the support of the people “waiting patiently” during the settlement process.
“Because I am involved in all these things, it’s also about the sacrifices that my wife and children and family have had to make over the years.”
Wati is the principal representative between Ngāti Maru and Thames-Coromandel District Council and Hauraki District Council.
He has been the co-chair of Hauraki Rail Trail since 2016, and Ngāti Maru’s education representative, supporting the development of rangatahi in the region. He has also taught at several schools throughout Hauraki and was a foundation member in establishing the Te Kohanga Reo movement in Pare Hauraki.
“If I didn’t think any of it was important, I wouldn’t do it, but [community service] is something that was inherited from my father,” Wati said.
“He passed it on to me, and it’s just about being involved with different things like the schools and education and iwi.”
Wati also received a Thames-Coromandel District Council Community Service Medal in 2021, but he said the recognitions were “a bit of an embarrassment”.
“I know other people in the community who would be more deserving of the [MNZM] than me, one of them being my sister who passed away earlier in the year.
“The recognitions are, personally, a bit of an embarrassment, because there’s other people I know that are just as deserving, if not more deserving for this.”

Friday night openings back at RSA