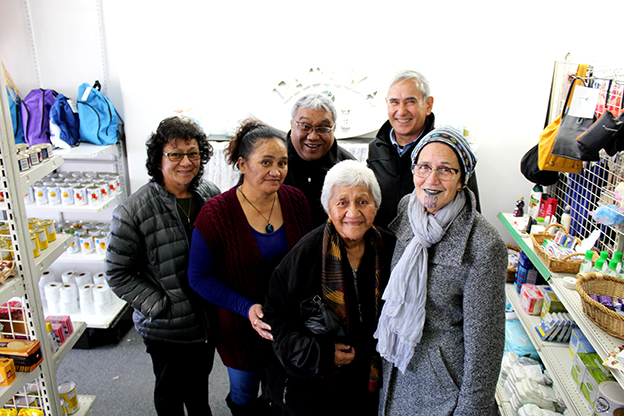 A long-term advocate for Māori-owned health and social services, and a Matatoki woman supporting marginalised members of the community are among those recognised in this year’s Queen’s Birthday Honours.
Denise Messiter (Ngāti Pūkenga ki Waiau), was named an Officer of the New Zealand Order of Merit for her services to Māori and health.
The Thames woman played a key role in establishing Te Whāriki Manawāhine o Hauraki Māori Women’s Refuge in the Hauraki and is currently its general manager.
She led the establishment of the Hauraki Housing Network, and the Pātaka Kai food rescue service based in Paeroa, and in the 1980s she helped co-ordinate the establishment of the Hauraki Māori Trust Board.
Denise also led the establishment of the Hauraki Māori-owned health service Te Korowai Hauora O Hauraki in the 1990s and was its inaugural chief executive, overseeing primary and mental health services and home-based care for kaumatua, and participating in the deinstitutionalisation of Tokanui Hospital.
Denise has also supported indigenous communities and organisations in South Africa and Australia on a voluntary basis.
Meanwhile, Dr Miriam Edna Saphira has been made a Companion of the New Zealand Order of Merit for her services to the LGBTQIA+ community.
From Matatoki, Miriam has been supporting vulnerable and marginalised members of the community, particularly children, women in abusive relationships, and the lesbian and gay community for more than 50 years.
She published her book The Sexual Abuse of Children in 1981, which has become a key reference for those working with abused children and offenders, and has been a member of the Broadsheet feminist magazine since the late 1970s, highlighting issues such as domestic violence, rape awareness, child sexual abuse, sexual harassment and gay and lesbian rights.
In 2007, she established New Zealand’s first museum of lesbian culture; The Charlotte Museum Trust, which aims to preserve and display lesbian cultural artefacts, and advocate for lesbian culture.
Other community members recognised include two from rural Hauraki: Miranda’s Adrienne Dalton and Keith Woodley, who were both named Members of the New Zealand Order of Merit.
Adrienne Dalton co-established Te Whāngai Trust in 2007 as a social enterprise, which to date has supported around 800 New Zealanders to upskill with career opportunities supporting nature.
Adrienne has a background in special needs education and social care, and became involved with conservation working with Taskforce Green to restore native bush on her and her husband’s farm.
She then set up Te Whāngai Trust with her husband as a pilot programme with the Ministry of Social Development, later personally funding its continuation. The trust has three nursery hubs from North Waikato to South Auckland, each run by local iwi.
Keith Woodley has been the shorebird centre manager for the Pūkorokoro Miranda Naturalists Trust for 28 years.
In that time, he has led an ever-expanding range of activities, from various annual courses, through organising visits of national and international speakers, and delivering talks to local schools.
In his time as manager, the Shorebird Centre has grown to be a popular stop for tourists and is the largest specialist natural history bookshop in New Zealand.
Keith has travelled regularly to China, and North and South Korea to work on projects and advocate for the protection of key habitats to maintain shorebird migratory patterns to New Zealand, including the signing of an agreement with China in 2016 and an application for World Heritage Status to protect these habitats.