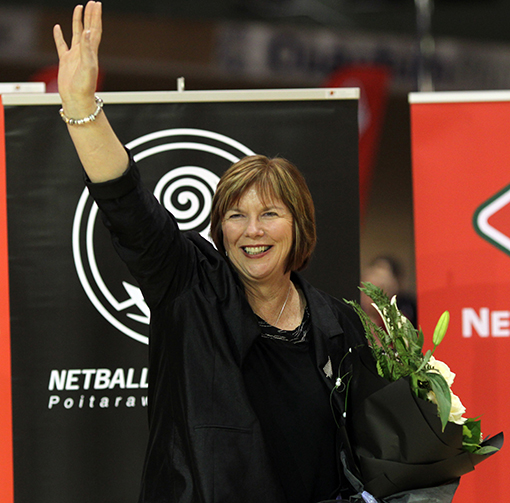 It was a mixture of shock and honour when acclaimed netball coach Ruth Aitken read she had been made a Dame.
She’s been living back in her hometown of Paeroa for the past few years, after a three-year stint in Singapore working with their netball association and national team.
Before that, Ruth was appointed the eighth Silver Ferns coach, fashioning an enviable record during her 10-year run.
As coach, Ruth won a Netball World Cup gold medal in 2003 and back-to-back Commonwealth Games golds in 2006 and 2010. These were followed by silver medals at the 2007 and 2011 Netball World Cup and 2002 Commonwealth Games.
Now, Ruth has been named a Dame Companion of the New Zealand Order of Merit for her services to netball. She is one of six Thames Valley community members recognised for their services in this year’s Queen’s Birthday and Platinum Jubilee Honours List, released on Monday.
Among the list is also a Matatoki activist; a Thames kaumatua; and a shorebird conservationist.
Ruth told The Profile she had to read the Governor General’s letter twice before the news sunk in. The acknowledgement comes 11 years after she was appointed an Officer of the New Zealand Order of Merit.
“I think that anytime you receive a personal letter from the Governor General it’s incredibly special,” she said. “I feel blessed to have been acknowledged twice.”
Growing up in Paeroa was where Ruth’s passion for netball began.
“I remember starting netball with the Miller Avenue Primary School team, the frosty mornings at the netball courts in the domain, having to sweep the acorns off the court, and having a lot of fun with my friends. It was a memorable start,” she said.
“People often think that small towns are a disadvantage for young sportspeople, but the research actually shows that those who grow up in rural areas often have an advantage as they are able to play a number of sports as they are growing up. This is now seen as much more important than specialising in one sport early on.”
Ruth also said support from parents, whānau, and local sporting organisations was also vital for young athletes to be given the opportunity to play sports and improve.
“Having been brought up in Paeroa gives you a great start… so go for it,” she said.
Ruth said her time coaching Paeroa College netball would always be a highlight for her, as well as winning the 2003 World Champs with the Silver Ferns in Jamaica after a 16 year drought – not to mention the “amazing” welcome home parade that was held in Paeroa on her return.
“However, it’s the people that make sport so memorable, and I have been privileged to work with some outstanding women and men over the years – players, as well as team management and administrators. That’s what keeps you going,” she said.