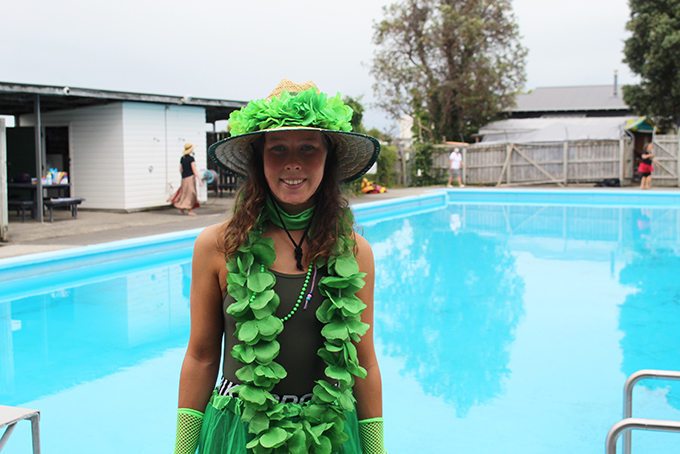 A Thames High School year 13 student has come from a broken foot to breaking three school swimming records.
Sienna Hall told The Profile breaking three of the school’s senior girls swimming records, which had been held for more than 14 years, was “just insane” after breaking her foot during the school’s athletics day in February last year.
“I was off for so long and have only started swimming again in the last couple of months so it was quite a shock to get them [the records],” she said.
“I have my name on seven of the school’s swimming records through my whole time of high school, so that’s pretty cool.”
Sienna broke the records on February 10 at Thames Centennial Pool for the senior girls 25m butterfly in 15.57 seconds, the senior girls 25m freestyle in 13.13 seconds and the senior girls 100m freestyle in 1.07.06.
The records were previously held by Jackie Goudie in 2002 for the senior girls 25m butterfly, Georgia McCormack in 2008 for senior girls 25m freestyle and Nicola Goudie in 2003 for senior girls 100m freestyle.
Sienna, who also competes in netball, running and tennis, said she’d been swimming since she was born.
“My mum was really keen to get me swimming because she’d never learnt so it was more of a safety thing but then I just continued, found a love for it and just kept training and got into racing,” she said.
“Don’t push too hard to the point you don’t enjoy it, work hard, go to trainings but make sure it’s still fun.”
Sienna, who plans to attend Waikato University next year, planned to attend swimming competitions over the coming weeks to get qualifying times for the New Zealand Division II Swimming Championships in Dunedin in May.
“In 2018 I got three qualifying times and went down and ended up making the finals for two races and came eighth overall in the 50m and 100m freestyle,” she said.
Sienna last competed in the championships in 2019 due to 2020’s event not staying afloat due to Covid-19 and her broken foot in 2021.
She also holds Thames High School records for Junior Girls 25m Butterfly, 15.96 in 2019; Junior Girls 25m Freestyle, 14.11 in 2019; Junior Girls 100m Freestyle, 1.06.04 in 2019; and Intermediate Girls 25m Backstroke: 17.60 in 2020.