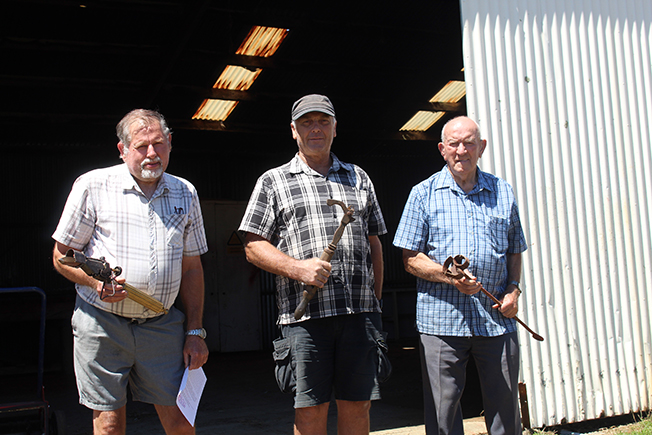 Paeroa’s community MenzShed finally has its own shed after six years searching for a suitable premises.
The organisation, where men and women can come together to share interests, like wood and metal work, and make items for sale or to donate to community groups, was recently offered a shed at Paeroa’s former racecourse by its current developers, Wayne and Chloe Wright.
MenzShed Paeroa spokesperson Neville Jamieson told The Profile he was “delighted” with the new shed.
“It’s been a struggle to get any traction to getting the MenzShed established here,” he said.
“The first guy who tried suffered a fairly major stroke and then another chap took over and he and his wife pushed along as best they could, including holding raffles at Countdown to try and raise funds.
“So for Wayne and Chloe to have offered us this facility has really put us ahead of the eight ball.”
Neville said Wayne and Chloe weren’t charging MenzShed for use of the building. “They’ve told us so far it’s an open ended arrangement so things could change in the future but at this stage it looks like we’re going to be here for a while,” he said.
“Wayne’s also helped us along with various things which has made the whole thing more easily set up.”
Neville said Paeroa MenzShed, which currently has four active members, will now focus on developing the shed and getting more members so they can gauge their interests and get equipment needed to fulfill those interests.
“In the past, Paeroa Hire have offered us use of some of their equipment and that kind of thing is a big help.
“When you look at our shed, there’s quite a lot of work to be done, so any help from local businesses would be very much appreciated.
“In consultation with other MenzSheds, we discovered they have more gear than they actually use and tend to get cluttered. So the idea is to keep it as minimal as possible and find out what the community’s interests are,” he said.
“We’ve got this far, it’s a huge step to get a new shed and it should now encourage quite a few people who’ve been interested but have been on the sideline to come along and make up the numbers so we can actually get it [MenzShed] off the ground.”
Paeroa MenzShed will host an open day at their new shed at 2pm on February 26 in the hopes of attracting new members. Neville said the event will have a Covid-19 QR code and prefered people wear masks and kept social distance.
DETAILS: Paeroa Menz Shed Open Day: February 26, 2pm to 4pm at the former Paeroa Racecourse. Contact Neville for more information: Ph 022 415 9101.