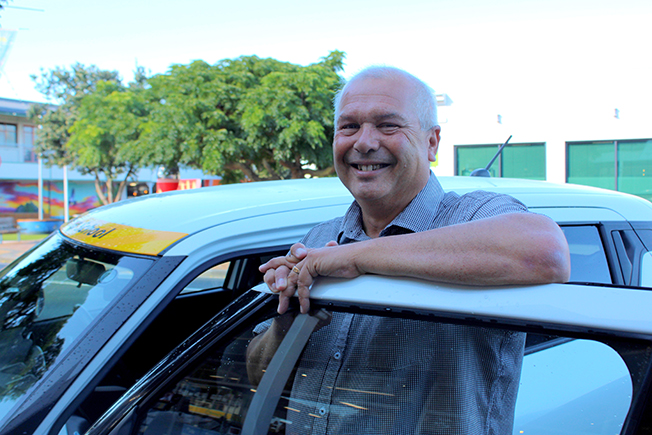 Gavin Buchanan was waiting for his next pupil to pull up for a driving lesson.
When they did, he was surprised to find them driving by themselves, and without their ‘L’ plates stuck to the windows.
It wasn’t the first time he’d witnessed it, either.
“And these are the honest drivers,” he said. “They know they’re not up to scratch, and that’s why they’re getting lessons, so that they can pass [a driving test] first time.”
Mr Buchanan owns Thames Driver Training, which offers everything from learner licence courses, one-on-one in-car driver training, defensive driving courses, as well as preparation for restricted and full licence tests.
He said people were breaking the rules of holding a learner or restricted drivers licence because wait times for sitting a test through VTNZ in Thames remained “frustrating”.
He believed the provider was supposed to offer a driving test to a person within 14 days, but VTNZ did not confirm that and instead said national wait times were sitting at around 51 days.
“Before Covid was even a thing, people of Thames have had to put up with a three-four month delay in sitting their driving test.
“I’ve got drivers coming through for their learner licence in their 50s and 60s, and regardless of who they are, once they’re ready to do their test, they should be able to do it while it’s fresh in their mind so they can pass and drive legally. A lot of them are having to drive illegally,” Mr Buchanan said.
“We want them to drive safely, and it’s very frustrating that they’re trying to do the right thing, but they’re forced into a situation where they can’t complete it due to something out of their own control.
“They need, not want, to have their driver licence,” he said.
Thames Police Community Constable Gareth Carter said Te Huarahi, an initiative developed by The Ministry of Social Development, in collaboration with the police, was currently focused on driver licencing in the Thames Valley.
“We understand that a high percentage of people we deal with who result in court action come through as minor traffic offences as a result of driving unlicenced,” he said.
“So, we see a huge value in assisting those youth to obtain their licences, which increases the chance of employment and personal growth.”
Mr Carter believed the issue was nationwide, and needed to be remedied so offending drivers didn’t fall into a “downward spiral”.
“During my career, I’ve observed that once a person goes down that track, it’s a really hard cycle to stop. For example, if you were disqualified from driving for six months, which is often the minimum requirement for a lot of traffic matters, within those six months you may decide to go down the road to get a loaf of bread from the dairy.
“You’ll get stopped again and get another six months, and that compounds. People may lose their licence for several years and that’s something we don’t want to happen.”
VTNZ operations support manager James Law said the provider saw a “surge in demand” after each lockdown period throughout 2020 and 2021, and testing had been limited in part by ongoing Covid-19 health and safety restrictions. It was also experiencing the regular summer peak in demand.
“VTNZ has employed a new driver testing officer to be based in Thames. They are expected to begin testing at the end of March after completing a certification course. Seven additional driver testing officers for the Auckland and Waikato regions will also be participating in this course,” Mr Law said.
“We know how important it is for people to get a driver’s licence and we will continue to work with Waka Kotahi to clear the backlog created by the lockdown, but it will take some time.”