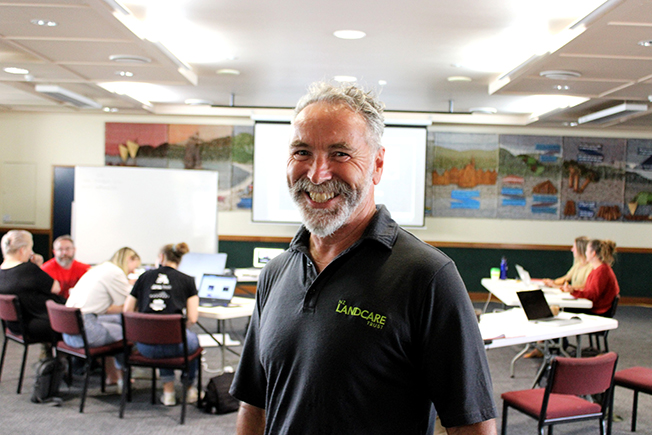 Environmental DNA collected from streams around the country is helping groups like the ones in Thames-Coromandel and Hauraki create change and “get things done”.
At an eDNA workshop on December 16, Landcare Trust’s Waikato catchments co-ordinator Ric Balfour told The Profile how samples taken from the Karaka Stream in Thames have highlighted the need for a fish passageway in the area.
According to the Environmental Protection Authority, eDNA refers to all the tiny traces of genetic material that is left behind as living things pass through water or soil.
For example, a bird flies over a lake and drops a feather. Likewise, an insect may fall into the lake, and leaves fall from trees.
These plants and animals leave behind ‘genetic breadcrumbs’ in the environments they live in, the authority said.
By collecting the discarded DNA and sequencing it, groups are able to get a picture of the plants and animals in a local area.
“The other cool thing about eDNA testing is that it gives you a profile, and it doesn’t just tell you what’s in the stream, but in the case of the Karaka, there was a loud and clear message that there was some really key native fish missing,” Mr Balfour said.
“That led us to look at why – and that was easily explained by the 600m concrete culvert separating the tidal spawning area of our native fish, with the habitat that they would try to reach.
“So in the case of the Karaka in Thames, we’ve got an immediate use of the data, and we’re working with the regional council to fix that over the next year by making fish passage possible.”
Those who attended the workshop, held at the Civic Centre in Thames, included Thames High School science teacher Kiryn Curnow, Trudy Lane from the Western Firth Catchment Group, Waikato Regional Council’s Ruairi Kelly, and Beth Pearsal and Vanessa Edelsten from Colville Social Services Collective’s Moehau Ki Te Moana project.
Mr Balfour said the aim of the workshop was to turn eDNA results into “user-friendly and social media friendly” materials – so that people could make sense of them more easily.
“There are examples all around the country where eDNA is helping people not just know what is in a stream, but how to improve the conditions, whether through wetland restoration, or riparian planting, or fish passage enhancement, so it’s becoming that kind of extra lever in the argument to say: let’s get something done,” he said.
Moehau Ki te Moana co-ordinator Vanessa Edelsten said the workshop was important for them to “communicate some really complex scientific data in a way that’s easy to access”.
“For our community and the people who are both living and working in our catchment, to have a better understanding of what’s in their awa, means they can have a better understanding of how to manage it and look after it,” she said.
DETAILS: For more information on eDNA testing, visit: www.epa.govt.nz