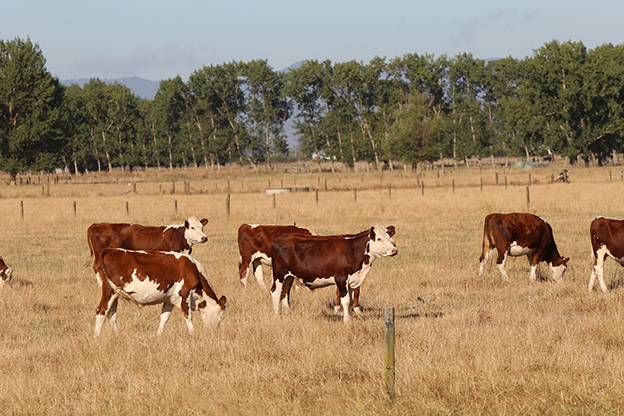 Thames Valley could have a meteorological drought if the region doesn’t have persistent rainfall within the next fortnight, NIWA says.
A meteorological drought occurs when dry weather patterns dominate an area, and NIWA forecaster Ben Noll told The Profile the Thames Valley’s gone through a stretch of dry weather since December 15.
“That’s been associated with some very hot conditions with temperatures reaching as high as 30.6 degrees on January 4,” he said.
NIWA’s New Zealand Drought Index, which measures the severity of dryness, showed the Thames Valley currently had dry to very dry conditions, Mr Noll said.
“The region experienced more severe drought conditions in the previous three summers compared to 2022, but regardless, we are seeing things drying out at this point, which is a bit of a red flag,” he said.
Mr Noll said the region’s dry conditions included only 3mm of rainfall for Thames Valley in the past month.
“That’s led to the soil moisture levels in the Waikato region and the Thames Valley area decreasing rapidly with soil moisture in deficit,” he said.
According to NIWA’s January 13 Hotspot Watch, the Thames Valley region’s soil moisture levels were 30mm drier than normal on January 12.
In a statement, NIWA said 2021 was New Zealand’s warmest year on record, which included Paeroa recording its highest ever daily minimum temperature of 19.1 degrees on November 14.
“While there’s hope on the horizon for some moisture with a chance of rain [this] week, I’m not sure that’ll be enough to break the region’s long-term dry spell,” Mr Noll said.
If the Thames Valley didn’t receive more rainfall soon, farmers would really start to feel the pinch of the dry weather, Mr Noll said.
“It’ll be wise for farmers to consider what their plans would be if they didn’t get that much needed rainfall over the next two weeks,” he said.
Hauraki-Coromandel Federated Farmers president Robert Craw told The Profile while the district’s rural areas were quickly drying up, a good late spring growth allowed farmers to go into summer with better feed cover and more feed supplements.
“We still have our worst months to go, which are February and March, so we’re crossing our fingers for rain,” he said.
“But from what I understand, most people’s stock are in good condition and they have plenty of supplement so they’ll find a way to get through.”
Mr Craw said he wasn’t aware of anyone experiencing drought but said Federated Farmers had initiated a non-logistical feed supply register for anyone in the district with excess feed for those who needed it in the event of dry weather
DETAILS: For more information about Federated Farmers’ feed co-ordination service, go to: www.fedfarm.org.nz.