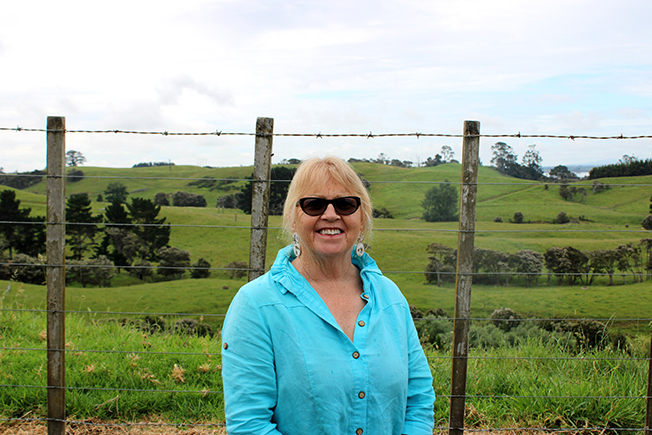 Thames is at capacity.
Fewer than 40 new houses a year have been built in the town over the last decade, and a lack of forward planning and investment means the houses that are available are old and of low quality.
The district council’s new spatial plan turns its attention south – to where “optimum” land could be developed and where properties could be built in a town where homes are hard to come by. The Thames and Surrounds spatial plan will inform changes to the Thames-Coromandel council’s district plan, and will signal to land owners, developers, and investors the council’s growth intentions for the area.
Mayor Sandra Goudie says it is “imperative” new homes get built.
“You try buying a house in Thames,” she says. “We’ve got none.”
According to council, the average age of homes in Thames was around 55 years. It’s due to a “seriously lagging” investment in infrastructure, compounded by the fact that there is a high proportion of second homes which sit empty for most of the year.
Housing stock for working families is of low-quality and much older than the NZ average, it says.
There is an upside though, there is land in Totara Valley, Matatoki North, Puriri and Kauaeranga Valley.
These greenfield areas have the potential to be readily serviced with infrastructure for residential development of up to 1000 new homes.
“People don’t see what’s available off the main trunk line,” Mayor Goudie says.
“Thames goes beyond the Kauaeranga River, it goes all the way to Hikutaia. People need to think a little more outside the confines of what they class as Thames, because Thames has got a greater breadth than that, and it’s real potential lies in going south.”
On a Tuesday morning up the top of the Totara Valley, Mayor Goudie points out the land that has potential to be developed into mixed-density housing.
“There’s a number of people with property up here that would like to develop it… and if you were going to develop, there’s plenty of land that would be suitable for it.
“It’s just getting the points of connection, the stars to align, to make it happen, hence the need for infrastructure for Totara Valley because the potential here is great.”
Mayor Goudie says 25 per cent of council’s own workforce lives outside the district, while police, teachers, and hospital personnel are also struggling to find places to live, preferring to commute from elsewhere.
She says it’s urgent that new, affordable housing near Thames is built so that businesses can attract skilled employees.
To this end, council has applied for $17.5m in funding from Kainga Ora/Housing New Zealand’s Infrastructure Asset Fund to pay for roading, water and waste-water infrastructure to unlock land for urban development in Thames’ south.
The next step is to submit a ‘Request for Proposal’ by early December.
Public meetings for the spatial plan are also being held this week.
“We need to plan for the long term, we need to plan for resilience, and we need to make sure [we build on] alleviated ground, and that’s why south of Thames on the eastern side of the state highway is the optimum,” Mayor Goudie says.
Housing has been a long-term issue for the two-term mayor. Back in 2018, she told Te Ao Māori News that Thames was facing a housing shortage that needed to be addressed immediately.
But perhaps the stars won’t align quick enough for Mayor Goudie to see a district plan change before she retires.
Council’s district plan controls the way land is used and subdivided in the district, and when asked whether she is hoping to see progress made on remedying the housing shortfall before she hangs up the mayoral chains, she says: “I would’ve loved to have seen a district plan change lodged before I retire”.
DETAILS: Spatial Plan Public Meetings will be held on December 8 at the Thames Civic Centre; December 9 at the Kauaeranga Hall; and December 13 as an online meeting open to all. Email: mitch.king@tcdc.govt.nz. Drop in for a chat from 4pm. Presentation starts at 6pm with questions and discussion until 7.30pm.