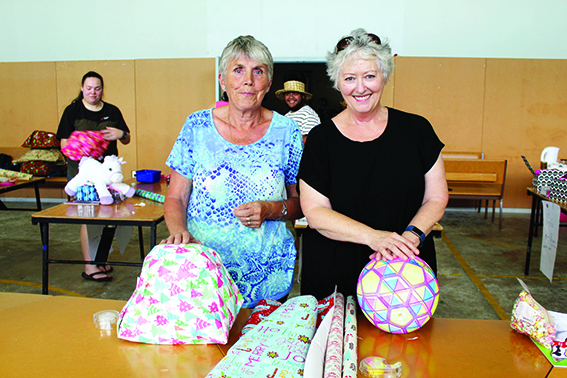 A group of Santa’s helpers will once again be doing what it takes to distribute Christmas presents to children in need – they even provide the batteries.
The Paeroa Baptist Church is organising the Christmas Toy Appeal, with residents asked to drop unwrapped gifts under a tree in the Paeroa Information Hub.
Appeal co-ordinator Glenys Lewis told The Profile around 180-190 gifts could be expected to be donated this year, a generous target after what had been an “uncertain” 12 months.
“I believe that this year the need is even greater to be able to bring joy to families in our area in this small way,” she said.
“It has been a year of anxiety and uncertainty for many children and I would like to think that by continuing to support families through this appeal, that in some small way we are able to alleviate some of the heartache of the past year.”
A dedicated team of Santa’s helpers will be wrapping the presents on December 9, before the gifts get distributed to around 20 organisations, who supply the volunteers with names and ages of the young recipients.
Ordinarily, gifts are given to children aged between 0 to 12 years, however, Glenys said if organisers are told of a family in need, presents could also be distributed to older members of the whānau.
“I think that all children should be able to unpack something and have something for themselves on Christmas,” Glenys said.
“I think they deserve to have something they can play with straight away.
“We supply the batteries and we’ve got people checking things over to see if they work, and if they don’t, we don’t put it in.”
DETAILS: Donated gifts are to be new, near new, or in excellent condition, and donations of wrapping paper and tape are also gratefully accepted. Drop-off is at the Paeroa Info Hub, in the old post office building in the centre of town. Place unwrapped gifts under the Christmas tree by December 7.

From cowshed to college’s long-serving principal