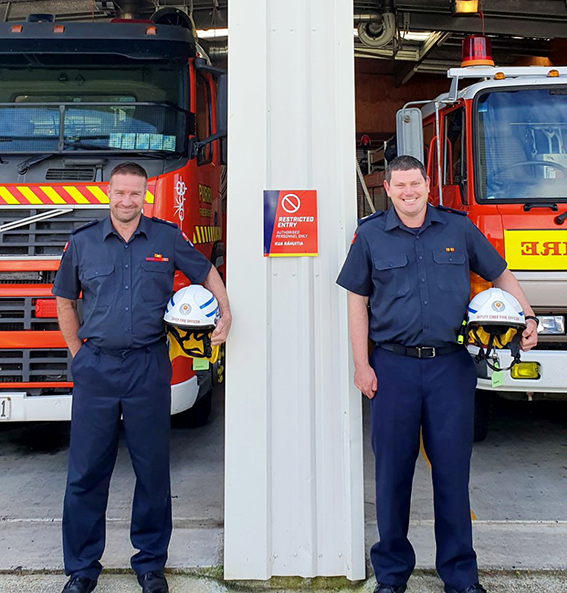 A rural fire brigade that has spent almost the past 50 years as an auxiliary has gained its independence.
The Puriri Volunteer Fire Brigade, off State Highway 26, has been reclassified as a stand-alone brigade, meaning it now had its own chief fire officer in Wayne Cryer.
He said it was a milestone for the “vibrant” crew.
“We’ve been going now for 47 years, so for the first time in that long, we have our own chief, and being an auxiliary, it hasn’t been a bad thing at all, but to have the recognition of the brigade being its own entity is probably the biggest milestone,” he said.
The brigade was formed on March 14, 1956, with 10 members in attendance.
Historical records showed it went into recession in July, 1968, and reformed again in July, 1974, with 12 members and as an auxiliary brigade to the Thames Volunteer Fire Brigade.
“As far as the day to day running went, we were still our own brigade, but anything major, any issues, the buck stopped with the chief in Thames, as such. Now, everything is on us as a brigade,” Mr Cryer said.
The transition took about 12 months, and was helped along by Thames’ brigade chief Greg Rendall.
Tim Lyes has been appointed Deputy Chief Fire Officer, and both he and Wayne, who was the officer in charge before the transition, underwent a formal recruitment process.
“I’ve been a part of the brigade for 28 years, and in that time, we’ve had two different officers in charge,” Mr Cryer said. “From 1974, right through to 2015, the first officer in charge was Arthur Lundberg, and when he retired, his son Kim took over.
“In 2016, I became the officer in charge out here.”
Mr Cryer joined the brigade 28 years ago at age 16. His father was – and still is – a part of the crew.
He said they were always looking for new volunteers to come on board.
“Every brigade around the country has issues with recruitment during the day, because in smaller communities like ours, there are a lot of people who work out of town,” he said.
“Basically, we’re always looking for people who would be around, not all the time, but during the day to look at coming in and joining up.”
Mr Cryer said there were certain impressions of the fire service – such as needing to be around constantly, and only going to car crashes and fires – that weren’t true.
“We do so many different things now,” he said. “We’re quite a young, vibrant brigade, and we’re always looking to be a part of the community and help out where we can.”
For more information about recruitment, find the Puriri Volunteer Fire Brigade on Facebook. By KELLEY TANTAU