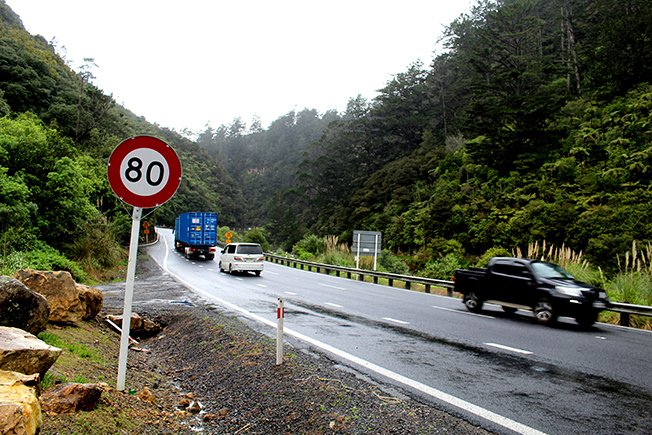 One person is so afraid of getting into a car crash along State Highway 2 that they no longer visit their daughter in Tauranga.
Another feels it is only a matter of time before someone gets hurt by a speeding vehicle.
Waka Kotahi New Zealand Transport Agency recently released their engagement summary for its safer speed review of SH2, from Mangatarata to Katikati.
It comes after 21 deaths and 95 serious injuries occurred along this stretch of road between 2010 and 2019.
In July, SH2 at the Karangahake Gorge was closed for more than seven hours after a crash critically injured two people and seriously injured another.
The same month, a pedestrian was seriously injured after being struck by a car along the same stretch.
NZTA director regional relationships David Speirs told The Profile the agency wanted to make the highway “safer for everyone”.
And while the speed review garnered both support and opposition for reducing the speed on the highway, which traverses through Paeroa, the Karangahake Gorge, and Waihī, Mr Speirs said the insights would help the agency finalise its recommendation for what the “safe and appropriate” speeds should be for this road.
The agency’s speed review attracted a petition signed by 46 residents of Karangahake who strongly supported a speed reduction in the gorge.
In it, they requested support for reducing the speed to 60km/h or less, as well as double yellow lines, turning bays and safer crossing points.
The Karangahake School Board of Trustees was also in favour of the proposed speed reduction along the stretch of road, starting at Rahu Rd in Mackaytown and along past School Rd through Karangahake Gorge.
“The area surrounding School Rd should be marked as the most important as there is a blind corner,” the board stated.
“Reduce to 60/50km/h and consider marking this area as a school zone.
“Tourism near the trail has increased the number of traffic accidents including fatalities. This can be attributed to multiple side roads and entrances to car parks along the small stretch and driver inattention.”
As well as the petition, the agency received 224 written comments at drop-in sessions held in March and April in Katikati, Mangatarata, Paeroa, Waihī and Ngatea; 29 emails; 45 comments and suggestions on an online forum; and 25 letters and drawings from Waihī Central School children.
“We also talked to businesses and organisations in the area, including the local councils, transport advocacy groups, Police, and Fire and Emergency. We also had discussions with iwi and schools in the area,” Mr Speirs said.
“Changing speed limits is a legal process and there are numerous steps we must follow.”
The next step for Waka Kotahi will be to commence formal consultation on its recommendations, with consultation dates expected to be “announced shortly”.
Meanwhile, other measures have been put in place to help to reduce deaths and serious injuries through crashes along this particular stretch.
“Earlier this year, SH2 through the Karangahake Gorge was part of our Safety Boost Programme, which aims to make regional state highways safer through a range of low-cost, high-benefit safety improvements. This included around 8kms of centreline rumble strips, 7kms of edgeline markings and 20 new signs,” Mr Speirs said.
The Karangahake Gorge is also regularly maintained by our contractors to ensure safety and reliability.”
Two speed cameras were installed on the highway near Waikino and Waihī in 2018.
“There are a number of important safety projects around the country, and Waka Kotahi needs to prioritise the timing and funding available for these so we can make the biggest difference in reducing deaths and serious injuries,” Mr Speirs said.
“We believe the improvements we are making and the changes proposed are appropriate for this stretch of road.”
DETAILS: Information on this speed review, including future consultation, can be found at: www.nzta.govt.nz