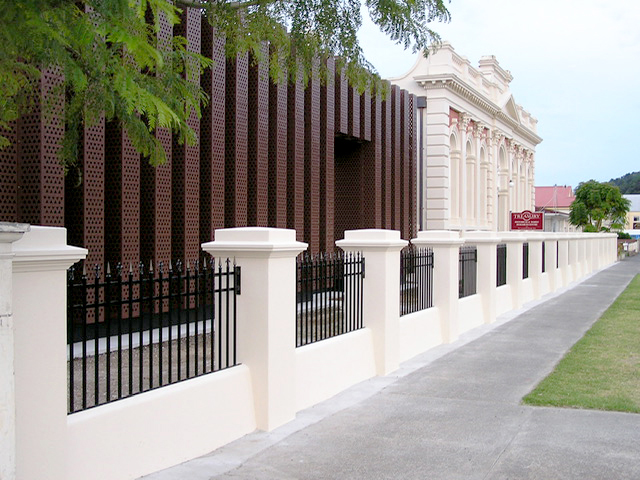 Heritage research centre and archive The Treasury has received a $150,000 funding boost to help preserve the history of early families, businesses, and industries in the region.
Thames-Coromandel District Council and the Thames Community Board agreed to a combined community service grant of $60,000 in Year 1, $40,000 in Year 2 and $20,000 in Year 3, and Hauraki District Council has confirmed $10,000 per annum for three years.
The funding from the councils comes on the back of successful applications to the Lotteries Commission, the Ministry of Culture and Heritage Museum Hardship Fund, Trust Waikato, and a significant donation by a member of the Coromandel Heritage Trust.
The Treasury board chair Greg Hampton said the combined funding allowed the centre to employ a manager and collections assistant for 12 months from September.
It also allowed The Treasury to advance the build of its new website and IT infrastructure, including taking the catalogued and digitised archive items online sometime during 2022, known as the Collections Management Project.
“It’s amazing how many people don’t know about The Treasury and if they do know of the physical location, they don’t know what we do,” he said.
The Treasury was keen to raise its profile with the community and visitors to the region, and the funding granted in the two councils’ long term plans would help deliver that vision.
“The challenge for all charitable organisations like The Treasury is to have sustainable continuous funding streams, so the next step is working on a funding strategy with a specialist group to ensure our sustainability,” Mr Hampton said.
Without The Treasury, the risk was that all the historic documentation hidden in garages and under beds around the region would be lost over time, he said.
“That’s the value of the archive and having the professional people to manage and maintain that. Collectively all those pieces of information help to paint a picture of the history of our region and if we don’t preserve it then it’s gone forever.”
The Treasury’s establishment was testament to what a keen group of volunteers could achieve when they put their minds to it, Mr Hampton said.
The original founders raised $1.1 million to build the purpose-built, temperature-controlled archive, which was completed in 2013. Among the treasures preserved within its temperature-controlled walls, are also what is thought to be some of New Zealand’s first telegrams and full collections of some of the region’s newspapers and collections from local historians and gold mining families.
The Treasury is housed in the historic Carnegie Library building on Thames’ Queen Street. Its archive is a modern architecturally designed box that sits alongside.
The Treasury houses an important archive relating to the early history of Thames and the entire Hauraki Coromandel region.
Hidden inside are stories of families who forged some of New Zealand’s foremost heavy industries. From steam engines built by A&G Price to Phoenix Breweries, famous for their German-style beer and the fact they eventually became part of New Zealand Breweries and later Lion.
For a small fee, people can drop in at the Carnegie Library building and be assisted by volunteers to find nuggets of early history from the homes or working lives of people and businesses throughout the region. Digitising the collection would mean all the information would be available online.
Mr Hampton said there was still a lot of cataloguing to be done and the documents housed at The Treasury were rich and detailed and of interest to a wide demographic.
Around fifty volunteers offer their time to the service of helping visitors to source historical information or help catalogue the collections coming in. The Treasury would not be viable without the valuable contribution of our volunteers and we thank them greatly, he said.
More info: manager.thetreasury@gmail.com.