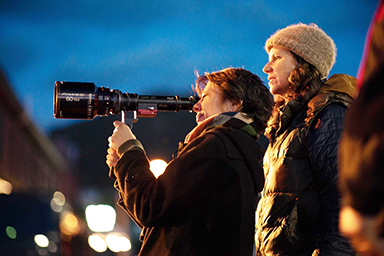 A Thames director was inspired by the stories of people suffering under the housing shortage here and around the country when creating her debut feature film.
Gaysorn Thavat, from the Kauaeranga Valley, premiered her debut feature The Justice of Bunny King, in Auckland last week.
It earlier had its first showing at the Tribeca Film Festival in New York.
It tells the story of a mother-of-two with a sketchy past. Her sharp tongue doesn’t lend her to employability and the city in which she lives is in the middle of a housing crisis.
Gaysorn said she was inspired by the housing shortage both locally and nationally during the film’s 12-year undertaking.
“The housing crisis in Thames has really shocked me,” she told The Profile.
“You think in smaller towns outside of main cities people would be able to find affordable housing, but they can’t. There just seems to be a shortage of it throughout the country which seems insane to me.”
According to a district council report, fewer than 40 new houses a year have been built in Thames over the last decade.
Gaysorn said it was an important discussion to be had.
“What I tried to do with the film is highlight the human cost of treating our housing market like a monopoly gain,” she said.
“I have loved seeing the film make it onto the big screen and to see the way that it does touch people.
“We’ve had a number of preview screenings and people seem really affected by it, and I’ve had a lot of people come up to me and say: thank you for telling the story, this is me, or this is my situation, or this is my sister.
“A lot of people really connect with it and really relate to it.”
The Justice of Bunny King follows the titular character (played by Essie Davis), who works as a “squeegee bandit” washing windows at traffic lights. Bunny uses her warmth and wit to charm money from gridlocked motorists, saving every cent to get custody of her children.
When Bunny promises her daughter a birthday party, she finds herself struggling against the social services to keep her word.
After Bunny is thrown out of her sister’s house, she is now with no money, no home and her niece Tonyah (Thomasin McKenzie) in tow. With no help from social services, Bunny must break the rules to deliver the birthday and rescue her niece.