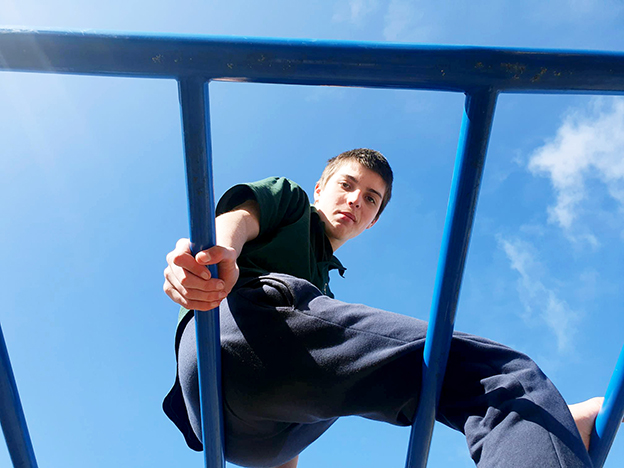 Goldfields Special School in Paeroa is asking for donations to get one of their students, Loki Bell, back to school. Photo: SUPPLIED

A special school in Paeroa has been blown away by the support of its community after a car crash left one of their families without transport.
Kita and Loki Bell were sitting in the lounge of their Thames home last month when they heard the “smack and bang” of a driver crashing into their parked car.
Fortunately, no one was injured, but the accident left both cars undriveable, meaning single mum Kita was no longer able to get Loki to school at Goldfields in Paeroa.
The school decided to rally and create a Givealittle page to raise funds for a new car for Kita. It has so far raised $3285 of its $4500 goal.
“I thought $4500 was quite a lot, and we’re almost there,” senior school deputy principal Jillian Carberry said.
“The Paeroa community supports our school in the most amazing ways. We are very, very lucky.”
Loki, 16, has learning difficulties and has attended Goldfields for 10 years. Before the crash, he went to the school three days a week.
Routine was “paramount” for Loki, and being away from school for more than a month had been a challenge, but Jillian said Kita was “very excited” about the generous donations. Kita earlier told The Profile that Goldfields was Loki’s “favourite place”.
“He’s very happy there,” she said.
The online fundraiser was created by Kendall Heffernan, who has been Loki’s teacher aide for five years. The Givealittle page will close on August 15, and once the school receives the funds raised, another donor has offered to chip in an additional $1000.
One more has offered to pay the difference for a car he’s looked into at Pascoe Motors in Paeroa.
It is hoped the vehicle handover will take place in the next couple of weeks.
“Kita is Loki’s only carer, and she isn’t physically mobile, so having a vehicle is their independence,” Jillian said.
“We cannot wait to see Loki back.”
DETAILS: To donate, contact Goldfields school at office@gfs.school.nz or Ph 07 862 7172, or online at: givealittle.co.nz/cause/help-me-get-back-to-school. By KELLEY TANTAU

No positive Covid-19 tests for Coromandel