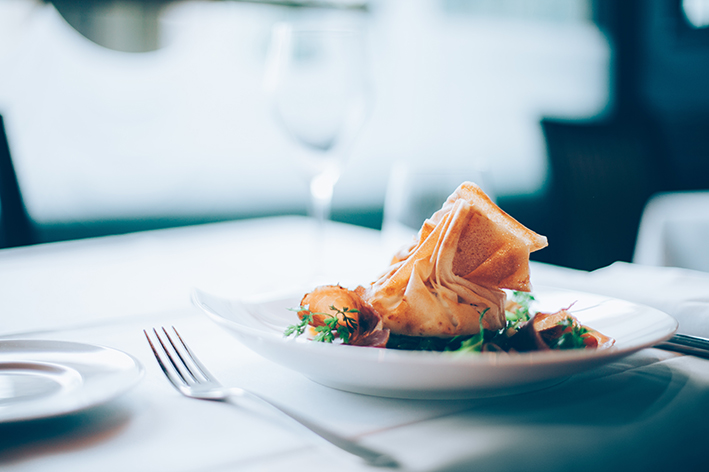 Dining habits throughout the region must change as a chef shortage hits the district.

The Thames Valley hasn’t been spared from the chef shortage plaguing the country amidst the Covid-19 pandemic and changing visa regulations.
Restaurants and cafes in the district have had to reduce their hours or shake-up their menus to survive, and diners too may have to change their ways when it comes to eating out.
At The Falls Retreat in the Karangahake Gorge, they have had to change their business model due to the lack of skilled staff.
“We’re completely changing what we do because it’s not sustainable for us to continue, and I think that’s what has been proven nationwide, with other well-known restaurants,” co-owner Emma Walters said.
“Restaurants are busy and the demand is there, but we can’t supply the demand. We can’t open seven days a week, and we can’t do what people want because we literally don’t have the staff.
“This is a long-term problem, and restaurants and places like us are having to change what they do, particularly with operating hours, because we don’t have the resources to do what we’ve previously done.”
The Falls Retreat is now no longer offering a lunch and dinner menu, but are instead providing three different “dining experiences”.
They recently advertised for a sous-chef and received one application, Emma said, compared to 62 applications when they advertised the same position in June last year.
“There’s a smaller pool of people to draw from, and because the borders aren’t open, we’ve got no people coming into this industry.”
Emma said the bistro often hired immigrants coming into New Zealand on essential skills visas.
“But the government is actually taking that away,” she said. “So at the moment, not only are the borders closed, but even when they reopen, we’re not going to be able to get staff.”
All this meant diners would have to look at the hospitality industry through a different lens, she said.
“Eating out is a privilege, and I think we’ve kind of taken it for granted. Everybody thinks it’s all back to normal – unless you’re in an industry that can’t go back to how it was.”
In Ngatea, The Glory Company cafe has been looking for kitchen staff since April-May. Of the four applications, none had experience that fit the bill.
And at One3One in Paeroa, manager Sarb Kaur was desperately needing another chef to join her

two others. They only needed two chefs to run the kitchen, but currently that meant there was no wriggle room in case one of her staff got injured or ill.
“At the moment, it has been a bit hard, and we’re just looking for a good person who can handle the kitchen. In Paeroa, we couldn’t find anyone,” she said.
“We need another, so that if anything happens, we have a back-up.”
The Restaurant Association of New Zealand has developed the Future of Hospitality Roadmap – an industry-led framework to support the revival and replenishment of the sector. The first of its kind in the country, the roadmap sets out how the association proposes to not only attract more Kiwis to hospitality as a career, but also pave the way for the sector to be seen as a national leader.
One of the key objectives of the roadmap was to create workable solutions for issues faced by the industry, such as skill shortages. The association has also lodged a petition to parliament, calling the House of Representatives to urge the government to acknowledge the skill shortage in hospitality in New Zealand, and introduce workable immigration solutions by engaging with the sector. More info: www.restaurantnz.co.nz/hospo-reset. By KELLEY TANTAU