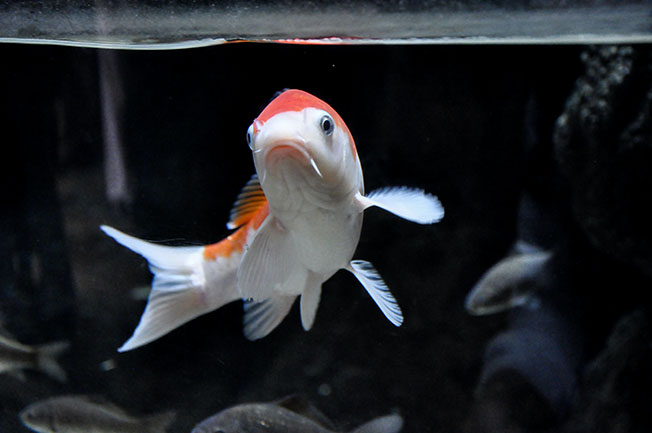 New marine protection areas and restrictions on fishing are among a raft of changes being put in place to protect the Hauraki Gulf for future generations.
But a “population explosion” of koi carp could be detrimental to the Government’s plan.
The strategy, released last week and dubbed Revitalising the Gulf – Government action on the Sea Change Plan, was a long time coming, and a “very positive step for change”, Phillip Buckthought told The Profile.
Speaking from a personal standpoint, Mr Buckthought, a Hauraki District Councillor for the Plains Ward, and council’s appointment on the Hauraki Gulf Forum, said the Sea Change Plan was the culmination of four years of hard work by a Stakeholder Working Group in conjunction with local Māori.
“The working group was made up from a cross section of people from our communities around the Hauraki Gulf with differing interests and outlooks, from conservation, to farming, to fishing.
“With backing from specialists and scientists, and using as much up to date information that was available, they developed this comprehensive plan that, and this is the important thing, they all agreed on.
“This was tabled in 2017,” he said.
The strategy, announced on June 22, detailed the creation of 18 new marine protection areas, which would “increase marine protection in the Gulf almost threefold”.
There would also be a Fisheries Plan with a range of changes to fishing practices and catch settings, including restricting trawl fishing to within carefully selected “corridors”.
But Mr Buckthought said a “population explosion” of koi carp, imported into New Zealand in the 1960s, was “impacting and undermining” river ecosystems, and would be a challenge in itself.
“The Waihōu Piako Advisory Committee has expressed this concern for a number of years now and want action,” he said.
“They have invited Minister [David] Parker to present to them on how the government views this threat and what their plan is to control or eradicate them.
“Given the Minister’s comments, and in light of the actions proposed for the Gulf, unless something is done about the koi carp, they may be detrimental to the outcome of the plans for the Hauraki Gulf.”
In a release, Oceans and Fisheries Minister David Parker said the government was delivering on its election promise, and was “taking the long view”, recognising that sustained action

was necessary. Mr Buckthought said the government had endorsed and adopted most of the recommendations outlined in the Sea Change Plan, which was “great news”.
“One of the understandings from the working group though, was that for the plan to be successful, it would be important that all the recommendations be implemented, not just some.”
The working group also recognised the importance of putting in place an “empowered governance structure” for the future to oversee the implementation of this commitment, he said.
“That is a question for Minister Parker, as it is one thing to announce what the plan is, but then how is the plan going to be implemented, ensuring that the planned outcomes come to fruition?”
According to the Department of Conservation, koi carp were an “ongoing issue” – particularly in the Waikato region.
Freshwater technical advisor Matthew Brady said the species were known to be present within the Piako and Waihōu river catchments; however, recent reports of the koi in those catchments did not represent an expansion of the pests’ range.
“Records show koi have been in those catchments for more than a decade,” he said. “Weather-related flooding in more recent years is thought to have contributed to their spread in these catchments.”
DOC has eradicated koi carp in the South Island after a “significant long-term effort”, as well as in small ponds in the North Island, he said.
However, koi remained an invasive pest fish widespread throughout the upper North Island.
“We keep a close eye on work on methods to control koi carp, but at the moment our options are limited, so we focus on containment,” Mr Brady said.
“Where you have a new confirmed sighting, and it’s small scale [or] we have the tools, we’ll take an eradication approach.
“As for new sightings in large water systems or existing populations, this is very challenging, and the tools we have available at the moment will ultimately fail because they can’t be scaled up to the level required, and would cost tens of millions of dollars with no guaranteed result.”
Mr Brady said people could fish recreationally for koi carp, but they must be killed as soon as they were caught.
Dead fish were to be disposed of by burying them well away from the waterbody where they were found.
Report suspected sightings to 0800 DOC HOT.