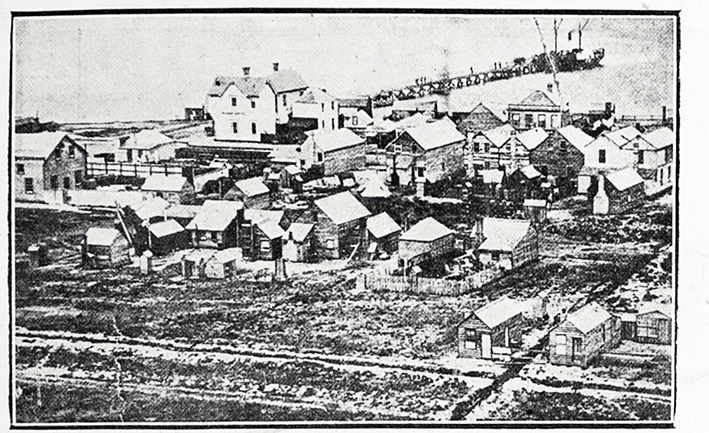 1890
Quite a crowd assembled at Thames’ Curtis wharf to watch a boat whose occupants were making fruitless efforts to cross over from the Piako side.
Two lads had gone over to the Piako swamp for duck shooting. When they made a start for home, the wind was blowing so strong and the water was so rough, they couldn’t get across and were steadily drifting away down the harbour. The tide was out, making it very difficult to get a boat to their rescue. Eventually the harbourmaster’s boat, having been pulled through the mud a considerable distance, got floated. Just then the wind gusted and it took a good deal of hard work to reach the boy’s boat. Once under tow, they found they couldn’t make the Good’s Wharf so they put into Tararu. The boys, who were completely exhausted when picked up, were then brought to town none the worse for their unpleasant adventure.
Not quite so lucky was a mate on the steamer Te Aroha whose hat blew off. He went out in the steamer’s boat to pick it up, but while attempting to return had a mishap with the oars and a stiff nor ‘east gale blew him out to sea. The captain endeavoured to get the harbourmasters boat, but found the oars were locked up and before help was at hand darkness set in. As the mate was a good boatman it was thought he would make for either Piako or Miranda. The weather was so dark and dirty that nothing could be done towards searching for him until daybreak.
Since the Thames to Coromandel road had been repaired, Tapu was becoming quite lively. Mr Spencer, with his yacht Rose, made frequent excursions up and down the coast. Sea bathing was a great attraction to the fairer sex whilst dancing and musical rehearsals at the Exchange Hotel provided amusement for the evenings. A very pleasant drive to Tapu was now to be had and the arrival of seven or eight buggies was a common event on Sundays.
Two mammoth onions were displayed in the shop window of Mr W Wood, Pollen St, Thames. The vast vegetables, known as the Giant Rocca, were grown in swamp land at Totara by Mr Owsley from seed purchased from Mr Wood. Mr J M Coote, the genial host of the Commercial Hotel of Paeroa, planned to build a new hotel at the corner of Normanby Rd and Arney St. The plans showed a really first class structure of two storeys with a very large number of bedrooms as well as a dining room on the lower floor. Mr Coote was to be congratulated on his pluck and it was hoped his confidence in the township’s prosperity would prove correct. Fire and brimstone appeared to be raining down on the district when a terrific thunderstorm, lasting about three hours, swept through. Many were convinced an earthquake also occurred at the same time.