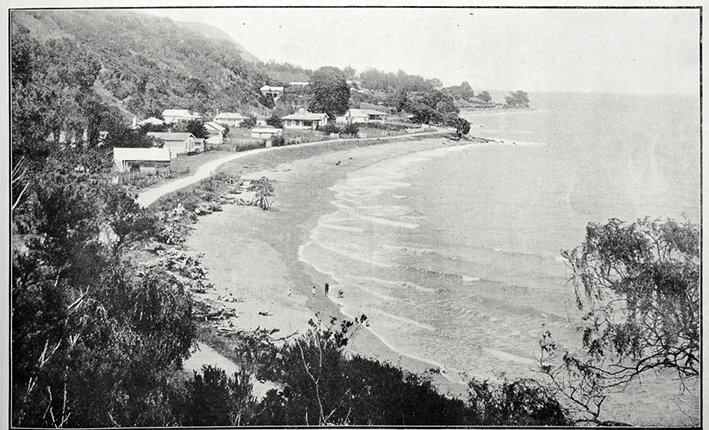 1950
The Vacuum Oil Company had plans for the establishment in Paeroa of very extensive bulk storage tanks and a pipe line which would make it an important centre for the distribution of motor spirit, diesel and fuel oils. One 5000 gallon tank, one 320,000 gallon, two 502,000 gallon and one 1,000,000 gallon tank were to be built on property acquired by the company adjacent to the storage tanks of the Atlantic Union Oil in Puke Road. It was intended to use sea transport to Ngahina wharf, Paeroa, and construct a pipeline to the storage tanks into which the company’s products could be pumped direct from the transporting vessel.
A social afternoon and monthly meeting of the Waihi branch of the Women’s Institute saw a large attendance of members and visitors. The rose bowl competition was won by the Ngatea branch. A demonstration was given on making flowers from wire and coloured cotton, and Mrs Page won the prize for the competition ‘How many girls’ names with four letters.’ Much amusement was caused when each member related the most embarrassing experience of their lifetime.
A light truck carrying five employees of the Maramarua Forestry Department failed to negotiate the turn off to Kopuarahi just past the Piako Ferry and ran into a ditch. The truck was extensively damaged and three of the men were admitted to Thames Hospital. A group of Thames Valley farmers planned to open a fertiliser works. A ship would carry the finished product and raw materials to and from Auckland with a distribution system to cover most of the North Island. The company was to dredge an area of 24 square miles in the Thames estuary, removing such marine life and deposits as mussels, crabs, seaweed and non-edible fish. The Hauraki Shipping Company would run the 220 ton motor ship Hauraki Trader, which had been brought from Australia. The estuary had been transformed by three large rivers into an organic delta, with marine life feeding there and deposits containing elements of fertility needed to revitalise impoverished soil. Tests had proved promising. The company planned bulk distribution mainly from silo to farm.
A 24ft baleen whale stranded at Thornton Bay, Thames Coast, but died from injuries inflicted by a swordfish. The whale, which had a tail measuring 5ft 8in and a girth of about 18ft, was first seen threshing and spouting in shallow water early in the morning. Twice during low tide it was beached but it was difficult to approach because of the flailing tail.
Thieves broke in to the Cornwall Arms Hotel, Thames, and stole a small safe containing hundreds of pounds. The safe was later found broken up in a drain at Hikutaia. The Cornwall Arms was one of seven hotels with a liquor licence left in Thames following a cull by the Licensing Control Committee.