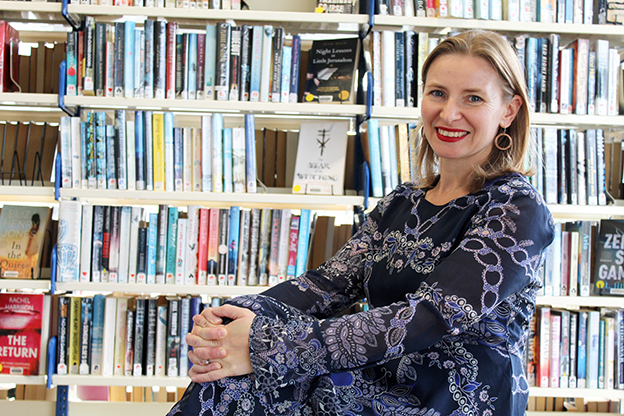 To learn English, Ania Biazik turned to the one place she knew best: the library.
She was working as a volunteer in Auckland and had to skimp on lunches to be able to afford the subscription, but now, as Thames-Coromandel’s new district libraries manager, her dedication to learning the language has seen her come “full circle”.
Ania moved from Częstochowa, in Poland, to Auckland in 2004.
“I wanted to go as far away as possible for as long as possible, so I signed up to a student exchange programme called ISEC (International Student Exchange Center), and thanks to the programme, I landed an appointment in New Zealand and worked with people with intellectual disabilities,” she said.
“My motivation was to explore a country that was very different to where I grew up, because it would be the only opportunity in life I would have to do something so radical.”
After falling in love with the country, Ania began volunteering at Auckland Museum to learn more about Māori culture and values. She also joined the city’s libraries to expand her English vocabulary.
“I knew very little English, just hello and thank you – the polite words,” she said.
“I could see the world changing around me and to have better opportunities in life, I had to learn English, and I thought there was no better place than the library to start my learning.”
With the few words she knew, she was able to “navigate the system” and sign up for a library card. “I wasn’t able to go to an English school – that was financially beyond me – and I worked as a volunteer, so I didn’t have any income.
“I had some savings, and at that time I remember paying for my library subscription which was about $40, and I made a budget and thought: If I just stick with [simple] lunches, I would be able to afford the library card.”
For 13 years, Ania worked at Auckland Libraries, and recently made the move to Thames to start work as its district libraries manager. She said the library had become her second home, and the removal of fees to join had made a difference to people’s lives – and lunches.
She also believed the Kiwi accent was “the best”, and found the country’s conversational quirks “fascinating”.
“I don’t think I use [the words] that often, but I think my biggest achievement is when I give an impromptu speech and I have a chance to weave in some slang or expressions I otherwise wouldn’t use.”
Ania also said crosswords, quizzes, and games of Scrabble helped her hone her English-language skills.
“Libraries are more than just a book on a shelf. They’re community hubs.
“About a year ago, when we were in lockdown, I attended a lecture about how the world has changed, and the lecturer used an acronym: VUCA. It stood for volatile, uncertainty, complexity and ambiguity,” she said.
“I reflected on libraries, and thought, if we turned this phrase around, we could instead say libraries were vibrant, they were universal, they were creative, and they were ambitious.” By KELLEY TANTAU

Public to have say in climate change declaration debate