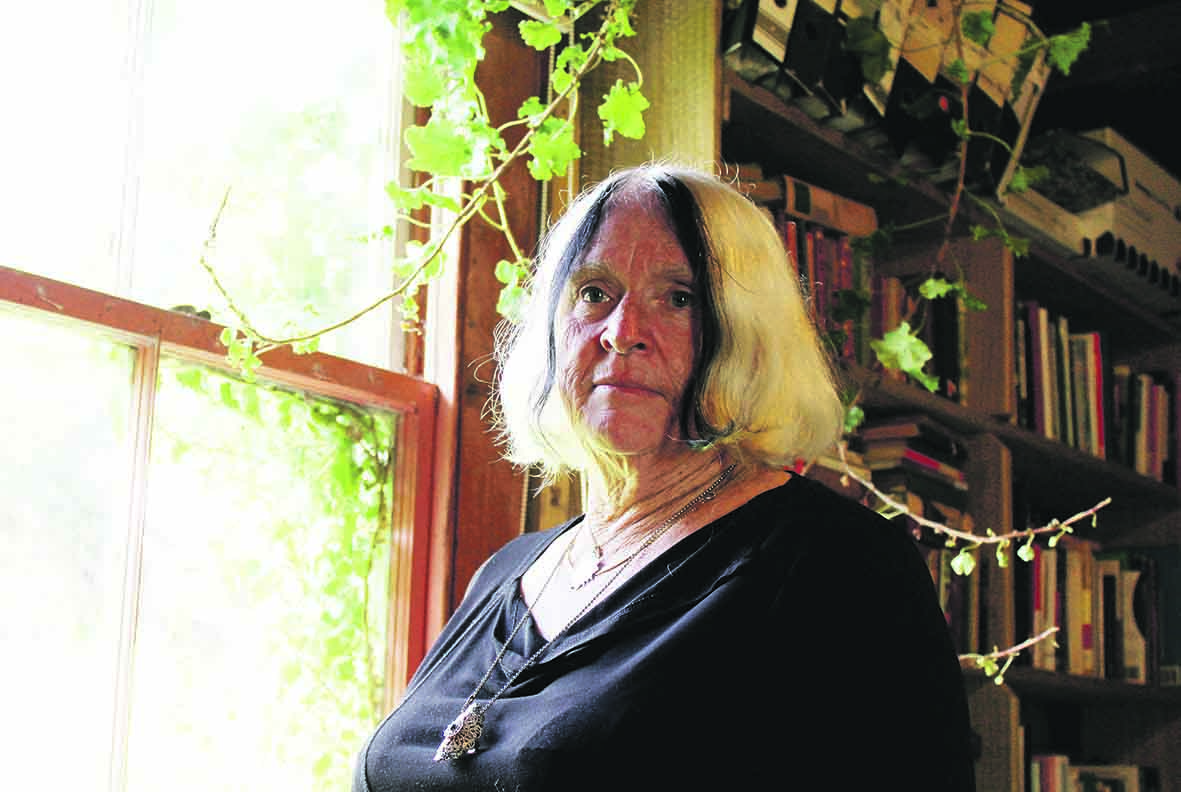 Deborah MacDonald Brown says although the festival won’t go ahead as planned, Solarpunk will be ever-present within the community. Photo: KELLEY TANTAU

A first-time festival which was to take the vision of Solarpunk to the streets of Thames has been cancelled, but those passionate about the art movement have ensured the vision will endure.
Solarpunk Aotearoa was planned for the town in May, and was to be “in essence, one big party”, featuring live music, exhibitions, creative workshops, trade expos, and talks, among other community projects and displays.
However, organiser Deborah MacDonald Brown said since Totally Thames – who were presenting the festival – obtained $6000 in funding from the Thames Community Board in August to run the event, no action had been taken to better the local environment – the fundamental ethos of Solarpunk.
“We as a team are absolutely passionate about taking action to do with the environment, but since we got funding, we haven’t actually done anything active to change the environment in which we live,” Deborah told The Profile.
“We have been tied up in governance and funding applications, we’ve got ageing volunteers, people with competing priorities, we’ve got Covid anxiety, and we’ve got deep divides within our community.

“So while we’ve cancelled the festival concept, we’re going to start acting now.”
A tree planting will take place on May 9 at Burke St Reserve, in Thames, and what will follow in the future will be workshops, talks, and exhibitions, Deborah said.
It will be a change for Solarpunk Aotearoa’s core team of 12, who are “divorcing governance” and going out on their own, she said.
“We’ve got a hugely passionate team, but we’ve been tied up in governance knots… and you have this governance structure so you can receive funds, and the funding process is very difficult.
“So, we decided we can do most of what we want without funds.”
This new direction was proven possible at a recent Solarpunk meeting, in which team members put in $1000 of their own money to pay for the trees involved in the May planting.
“We’re wanting to have something happening monthly, and then at some point in the future, if somebody wants to set up a new governance structure and do [the festival], we’re open to that.”
According to Solarpunk Aotearoa, Solarpunk was described as an art movement that encouraged people to envision a more sustainable and optimistic future in the face of threats from environmental destruction and climate change.
The May 9 tree planting would celebrate mother earth, Deborah said, and people of all ages were encouraged to attend.
DETAILS: Mother’s Day Tree Planting, Sunday, May 9, 10am to 4pm. Meet at Burke St Reserve, by Seagull Refuge Centre. Bring along your gumboots, forks, buckets, and drink bottles.