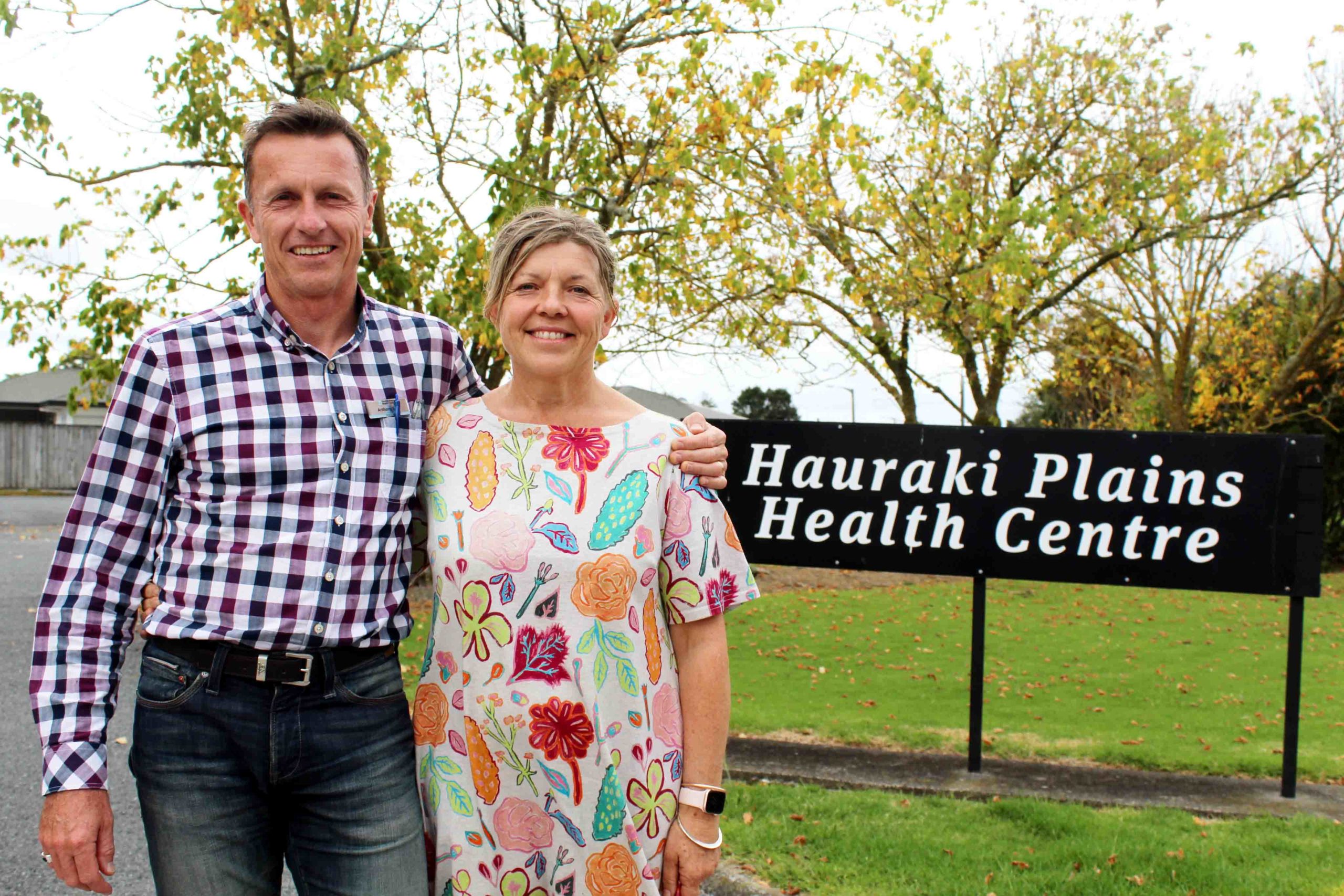 Dr Anthony Smit and his wife Bronwyn Roberts, the faces of Hauraki Plains Health Centre since 2014, will leave the practice in the coming months.
Anthony, who started as a junior doctor at the practice in 1991, will hang up his stethoscope at the end of June. Bronwyn, the practice manager, will leave on April 30.
They’ll be heading to Christchurch, where they have family, and said the move would be bittersweet after 30 years in Ngatea.
“Our kids have been brought up in this community, they went to Ngatea Primary School and Hauraki Plains College, so we’ve lived the life here,” Bronwyn said.
“We’ve had our major life experiences in Ngatea and we’ve made some wonderful friends here.
“It’s a community in the truest sense of the word.”
Anthony will continue his career in medicine down south as a locum doctor working three days a week.
The change of pace was prompted by the Covid-19 pandemic, Bronwyn said.
“Medicine has just got a lot harder. The medical centre hasn’t got that much bigger, but the complex nature of the patients has grown hugely.”
Anthony, originally from Mangere, Auckland, has seen the medical field face triumphs and challenges, and, under his and Bronwyn’s ownership, the Hauraki health centre took on-board a ‘Health Care Home’ model of care – one of the early groups of practices to do so.
The approach organises the way doctors see patients in a more rational way, so the right patient gets the right care at the right time, he said.
However, full-time rural general practise was still a lot of work.
“You’re doing 80-100 consults a week, plus all the other interactions you have with people, and what has happened over my working time is the growth of complexity with every patient.
“When I first came down here, people would be asking questions like: ‘You must be busy because there are lots of colds around’. But the biggest chunk of our work is the management of long-term conditions, and that space has just grown and grown.”
Because people were living longer, they tended to accumulate more conditions, he said, and they lived with those conditions for a long time.
And while he’s also witnessed a decrease in issues arising from smoking, health complications from obesity had increased.
“Whilst our population has reduced its smoking considerably, against that, there’s a growing number of obese patients, and that results in long-term health consequences.
“General practitioners and health providers do a lot of stuff, but they are up against a whole lot of forces like the way we live, the way we work, the food we eat, and the lack of activity.
“That’s going to be the biggest challenge in our healthcare system over the next 50 years, and a whole-of-society approach is the only way we’ll be able to address it.”
Yet, the improvements in the way practitioners can now manage conditions has improved immensely, he said.
“We are better at treating heart disease, we are better at treating diabetes, we are better at treating nearly everything.”
The practice serves the Hauraki Plains, Mangatangi, Kaiaua, Mangatāwhiri, Waitakaruru, Kerepēhi, Miranda, and the greater Thames community, and has a staff of 11.
It has been bought by Health Ngatea, under the same arm of Health Te Aroha, and there will be no real change in the way the practise operates, Bronwyn said.
“The practise needs a set of fresh eyes.
“We’ve made some big changes in the time we’ve owned it, but now it’s time for someone else to carry on what we think has been good work in our community.”