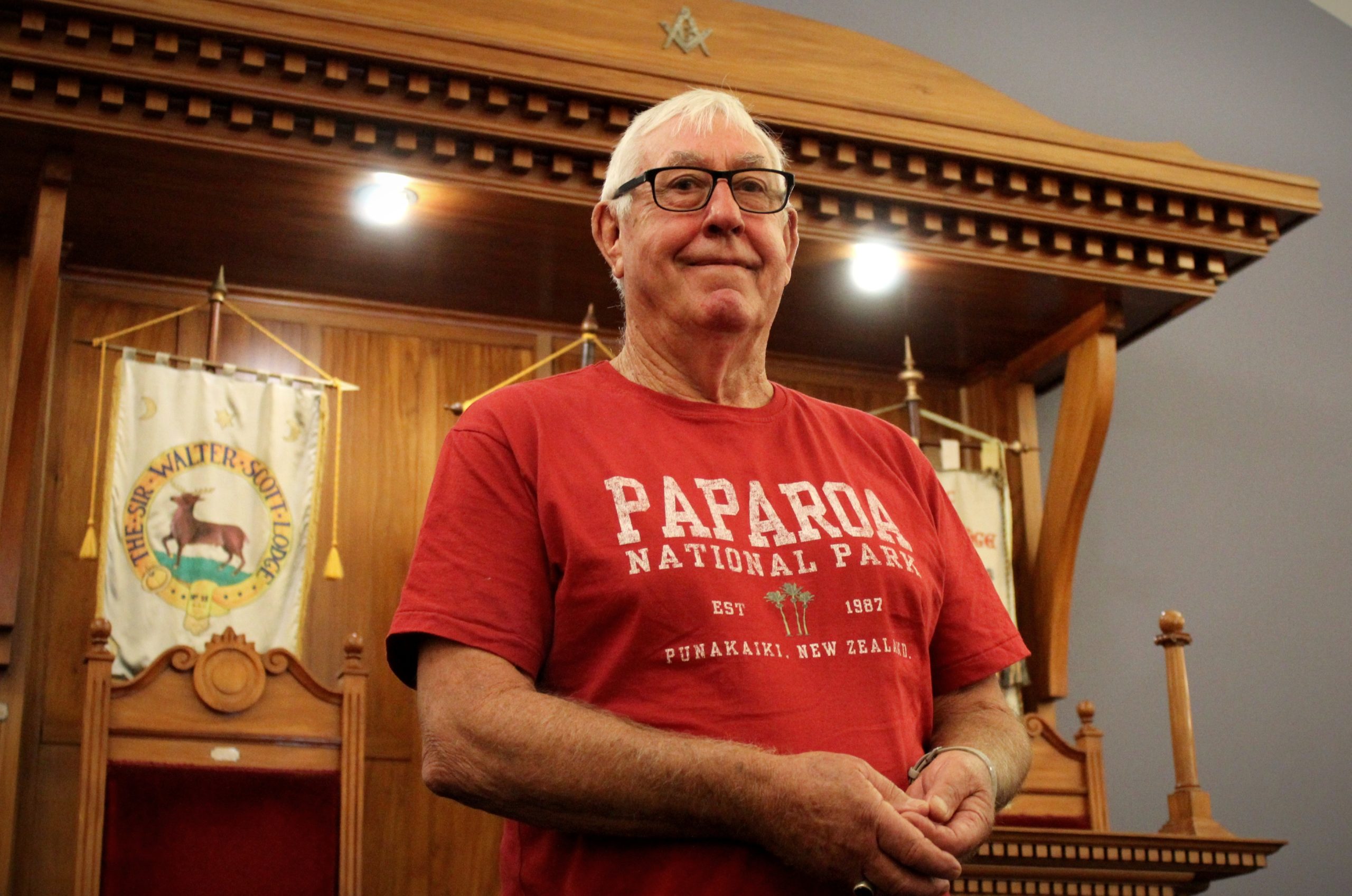 The Thames Freemasons once consisted of gold miners, engineers, doctors, farmers and foundry workers, but today, they exist only “by the skin of their teeth”.
It’s a non-profit organisation heavily involved in supporting charity and community service, with the Sir Walter Scott Lodge on Pollen St recently refurbishing the Thames Youth Centre to the tune of $16,236. But without new members, lodge master Morgan Lewis said the town runs the risk of losing funds set aside to help those in need.
“The frightening part is that over the years, the Freemasons have built up enormous funds through the contributions of its members, and it’s there to assist people in circumstances of need,” he said. “I’d like to see this carried on because if it’s not, people would have missed out on an opportunity to obtain funding. That’d be the real sad thing.”
The Sir Walter Scott Lodge, as well as the Irish Lodge of Light, were planning to celebrate their respective 150th years in 2020 but were unable to do so due to the Covid-19 pandemic. The former will now celebrate the occasion on March 27. Also under the same roof is the Corinthian Lodge, which was formed in 1876, and Mr Lewis said having three lodges operating in one town made Thames unique.
Especially when looking at the decline of Freemasonry around the Valley, he said.
“If you look at this district, there’s a lot of lodges gone, like Ohinemuri in Paeroa, Hauraki in Ngatea, Whangamata… they’ve all gone. So there’s no representation of Freemasons in those places, so who do people go to?”
Since 1870, there have been more than 1093 Thames men who have been members of the Sir Walter Scott Lodge.
Mr Lewis became the 150th master of the lodge last year, 81 years after his grandfather Morgan Hayward was accorded the same honour.
“I’ve known about freemasonry since I was a child, because he was really involved, it was part of his life,” Mr Lewis said.
“When I was a kid, I was often sent to babysit my grandmother because he’d disappear, and I can always remember him leaving as I was coming into the home. He’d be in his tails and be picking up his hat, and he’d be carrying this flat suitcase, and I always thought it was strange, because you could never go away on holiday with a thing like that.
“I’d try to lie awake until he’d come back, but I never achieved that. But in the morning, he’d always be there and we’d sit down at the breakfast table and have steaming hot porridge with brown sugar and lashings of cow’s cream,” he said. “The funny thing is, today I have one of those flat suitcases – because that’s where you put your regalia.”
Now, Mr Lewis has a goal to increase the presence of the Sir Walter Scott Lodge, and he hopes more members will join. The formal celebrations for the 150th anniversary will take place on March 27 and it is expected Freemasons from around New Zealand will attend.
“I’ve only been in the Freemasons for a short time, but it can change you, it can build you,” he said. “If it goes in Thames, the community has lost, it’s as simple as that.”
For information on Freemasonry, contact Kerry Doherty, Ph 07 868 6433.