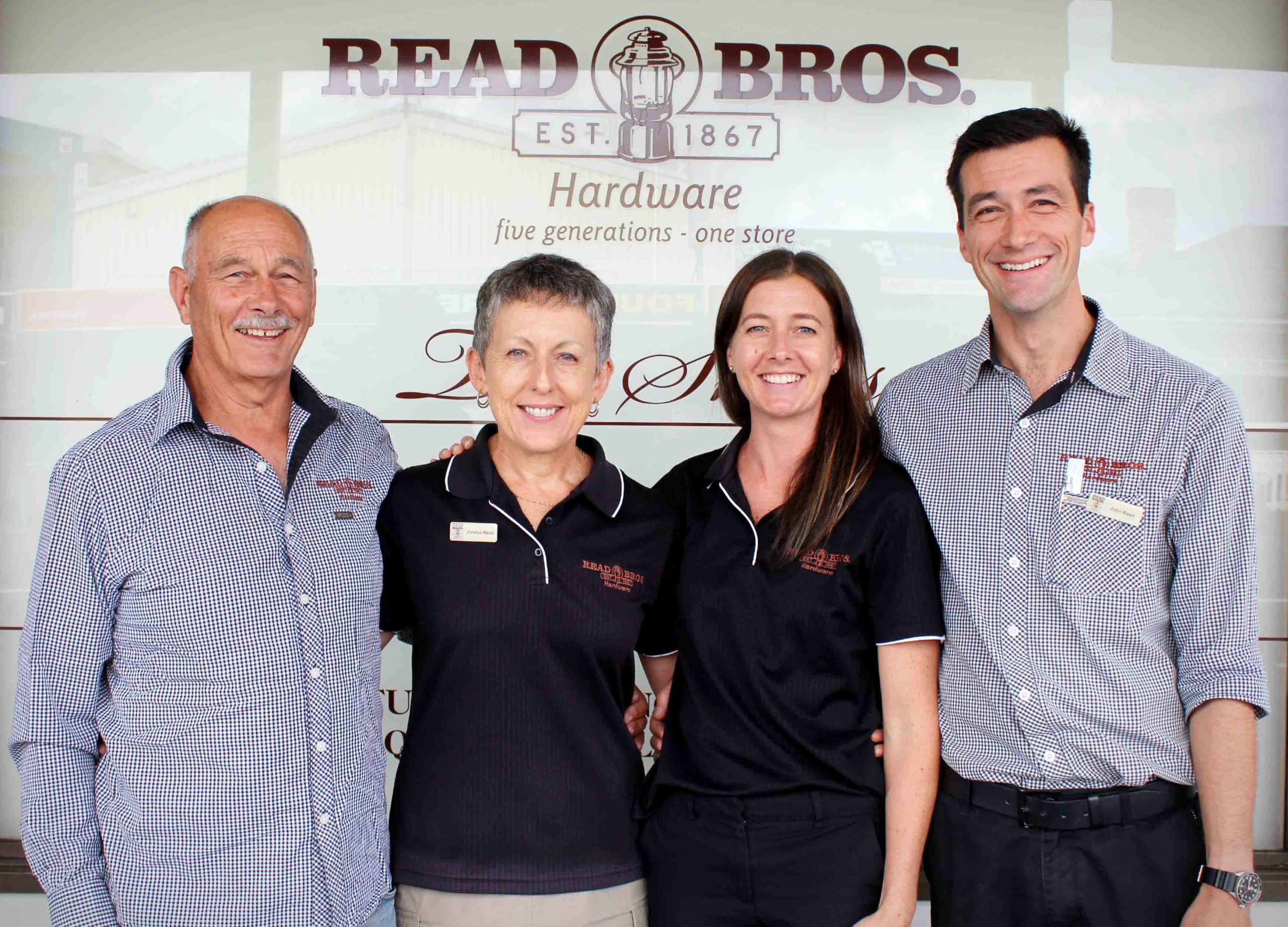 In a historic transition for a business that’s been around for 154 years, the fourth generation of owners of a popular hardware store will make way for the fifth, come the end of March.
Jocelyn and Stuart Read will retire from Read Brothers Hardware in Thames, conducting the “first live handover” to their son, John, and his wife Nicola.
Started in 1867 by John Read, the business has been passed down through generations, with Arthur following John, Alan following Arthur, Stuart following Alan, and now John following Stu.
“Each generation has brought with it their own footprint for the business,” Jocelyn told The Profile.
“When Stu took over, he implemented a computer system and increased the size of the shop. Going forward, John and Nicola are taking the business into the digital age, with the website and Facebook, so each generation has moved with the times.”
Since its establishment, Read Brothers has looked after the ever-changing hardware needs of Thames and the Coromandel.
Its ability to stock hardware of every conceivable kind remained its modus operandi.
“It’s always a work in progress, but if there is something we can no longer get in, having a team that can offer a suggestion is what sets our staff apart,” Nicola said.
And while it’ll continue to be “business as usual” at the Pollen St store come April 1, Nicola said she and John valued the hard work Jocelyn and Stuart put in to make Read Brothers what it was today.
“Jocelyn and Stu as a pair have contributed over 70 years to the shop, they’ve supported Thames with sponsorships and events, and have been positive business owners as well.
“They still get asked why Read Brothers is as successful as it is, so I think there’s a lot of admiration in the community for how Joce and Stu have run the business,” she said.
Stuart started working for his father in 1972, and following his father’s death in 1979, set about revamping Read Bros, eventually resulting in a shop twice the size.
The store has always held the catch phrase: “If you can’t find it, Read Bros will have it”.
In 2003, John, named after his great great grandfather, became the fifth generation Read to enter the family business.
He said it was great for everyone that Read Bros would remain in the family.
“It wasn’t that long ago that John would be asking me where we got something from, but I find it’s me now asking where we got it from,” Stu said.
“We’re immensely proud. To keep this going was not an expectation or a demand, but it is extremely rewarding and pleasurable for me to see it occur,” he said.
“Together John and Nicola will make an excellent team,” Jocelyn added. “Together, they have what it takes.”

PHOTO: Jocelyn and Stuart Read will retire from Read Bros Hardware in Thames at the end of March, leaving fifth generation Reads, John and Nicola, at the helm. Photo: KELLEY TANTAU