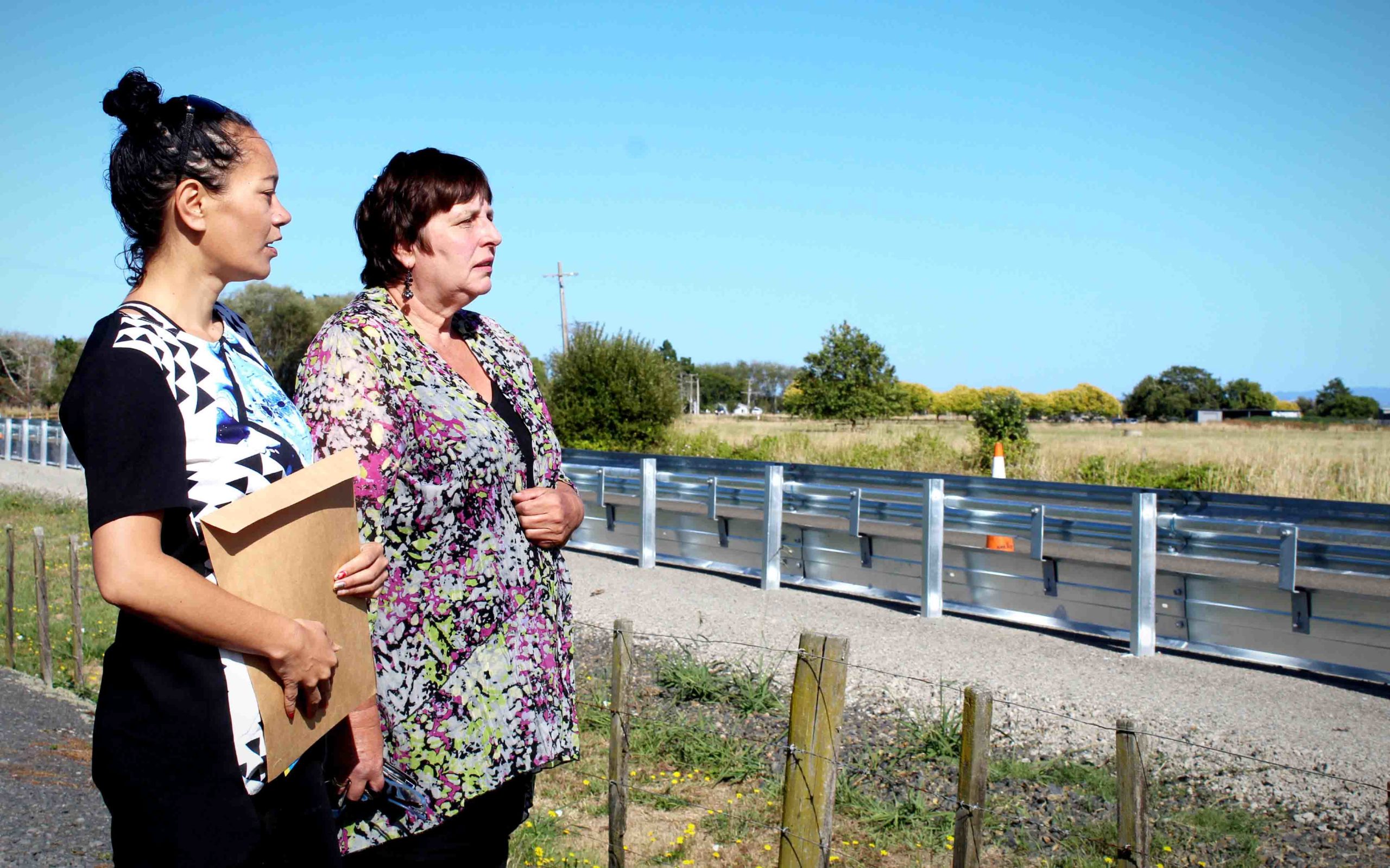 As part of a Valley Profile series about our roads, KELLEY TANTAU discovers Kopuarahi School students can now use their playground again after a number of serious crashes at the school threatened their safety.

When a fatal crash occurred just steps from a rural school’s bright blue astroturf popular among its pupils, its principal did the only thing she thought best: zone off the area with tape.
For many months, Kopuarahi School students stayed away from the outdoor space while the board of trustees worked hard to make the adjacent state highway, and the school, safer.
It took four years for that work to pay off.
In February last year, a man died when his car crashed into a power pole adjacent to Kopuarahi School.
Board chair Karma Vitasovich and her husband Rory were the first on the scene of the crash. Two of their children – pupils of the school – also witnessed the aftermath.
“Their school is their safe zone. Once you walk in that gate, you’re safe, but to be confronted by something that happened here… it was scary, especially considering there were parts of the power pole that actually ended up in the play areas,” she said.
Principal Whaea Chris Patel said the accident was “traumatic”.
“That was quite – even as an adult – traumatic… and in the aftermath of that, our kids saw a grieving wife, grieving kids, grieving inlaws and grieving friends,” she told The Profile.
“His life probably could have been saved by a guardrail.
“I was so angry, on the Monday I zoned off the astroturf right across the carpark. I just thought: we should not be using this area.”
Whaea Chris said although the school was fenced off, the risk to her pupils was too great.
Even as teachers, fetching a frisbee on the other side of the fence involved “taking your life in your hands”, she said.
“When the school was built, this would have been a metal road. It would have been very slow traffic and heavy, older cars. Now, the road has changed, the vehicles have changed, and the volume of traffic has definitely changed.”
The Board of Trustees had been lobbying the government for a safety barrier to run alongside SH25 since 2016, and a 245m guardrail was finally installed in December at a cost of $250,000. It had already prevented at least one accident, Whaea Chris said.
“The board is required to mitigate risk. It has a responsibility for the health and safety of students and staff, so they were trying to carry out their governance role by lobbying, but four years was three years, 10 months, too long,” she said.
Karma Vitasovich said as a parent, she felt confident the children were now safe.
“Especially listening to the engineers saying it’s going to take a freight train to crash through [the barrier].
“And from the board’s perspective, we’ve always had that sense of responsibility – that if anything was to happen, it’d sit heavily on our shoulders.”
The February crash wasn’t the only one that happened on school grounds. A woman once fell asleep at the wheel, drove through two of the school’s fences, and came to a stop in its carpark.
Whaea Chris said parents had told her they were hesitant to enrol their child at the school due to the safety issues they could see with the road.
Now, everyone at the school was “a lot more relaxed”.
“I’m not so concerned about [the kids] being out here now, that’s for sure. It’s a lot safer.”

KEEPING SAFE ON SH25
Whaea Chris would ideally like to see the speed limit along that stretch of SH25 to be reduced, and hoped drivers would be mindful of the school’s locale.
“I personally think all rural schools should have a limited speed in front of them, and perhaps people won’t take a whole lot of notice, but if it saves one life, it’s money well spent and it’s an inconvenience that’s not wasted.”

PHOTO: Board chair Karma Vitasovich and principal Chris Patel said the barrier had already prevented at least one accident since it was installed in December. Photo: KELLEY TANTAU

Humans learn a thing or two from retired racehorses