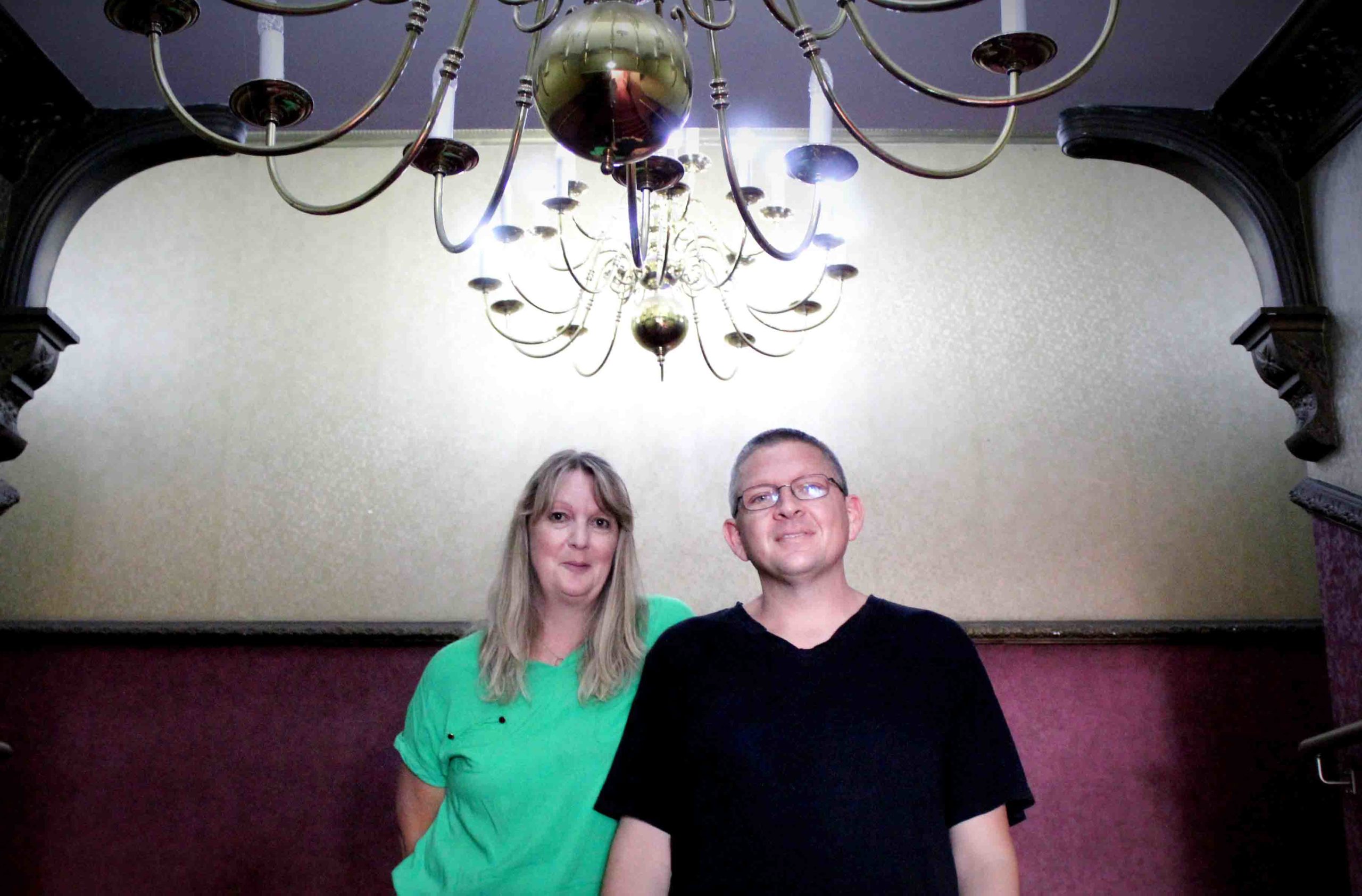 It was, at times, a spooky old cinema, with dark corners and hidden passageways, but for two Thames projectionists, it was home.
In 1996, Michelle Ritchie walked into the then 700-seat Embassy Cinema to begin her stint as a weekend staffer.
Around the same time, Dave Ritchie was at a Whitianga movie theatre taking tickets.
“The first night, I went upstairs and started playing with the projectors,” he said, “and within two weeks, that’s what I was doing”.
By 2001, he had joined Michelle at the Thames complex and eventually the couple married, having wedding photos taken at the theatre; and started a family, in which Michelle went into labour while watching a movie there.
But like all good things, the curtain will close on the pair’s careers at the Pollen St picture theatre on March 17. Though it will sit empty, the business will still be for sale.
“I’d love to see it stay a cinema, but I can’t see how it’s viable at the moment,” Dave said.
The business had become a casualty of the Covid-19 pandemic, and there just weren’t enough “bums on seats” to make the theatre viable anymore.
“Covid has changed the ways movies are being distributed. There haven’t been any blockbusters put out, and people’s habits have changed. If Covid hadn’t happened, [the closure] probably wouldn’t have happened,” Dave said.
The historic cinema was established in 1913, and was developed from a single-screen cinema to a multiplex in 1998.
For Michelle and Dave, the building meant home, and it housed a lot of memories.
When the Lord of the Rings trilogy came out between 2001-2003, Michelle and Dave decked out the cinema in banners, a picture of Gollum, and mannequins dressed as Ringwraiths.
They hired costumes and walked down the main street as Gandalf and Galadriel and hobbits.
More recently, when the remake of Stephen King’s It was released, Michelle spooked high school cinemagoers by dropping red balloons, as featured in the movie, over the top balcony.
“One of the highlights will always be looking over and seeing the room full,” she said.
Over the years, they learned which flicks people liked to watch, and Thames, it seemed, didn’t enjoy ultra-violent films or horrors.
Movies with Tom Hanks, Colin Firth or Dame Judi Dench however, tended to be hits.
“We tried to cater to our client base because they kept the doors open,” Michelle said.
They even had devoted customers go in to watch films like A Knight’s Tale and Phantom of the Opera more than 20 times.
“The support from the regulars has been fantastic, but there’s not enough bums on seats,” Dave said.
“The downfall has been happening since TV came out. “There’s been some peaks over the years, but it’s been on a steady slide since then. And with Covid, habits have changed.”
Dave and Michelle have come to terms with the ending of the cinema as they know it, even though they tried a number of avenues to keep it alive, such as going to the district council and Mayor for assistance.
The couple have had three of their children work with them, and now it was time to spend time as a family, they said.
“Dave was not home a lot for dinner, and Christmas Day was pretty much the only day over Christmas we’d get off,” Michelle said.
“There’s been a lot of sacrifices, with the kids not being able to go on holiday, and getting stuck here on the weekends, or not being able to take them places.
“So this Easter, we don’t have to work. Now we can go and do stuff.”

PHOTO: Michelle and Dave Ritchie will say goodbye to their ‘second home’, the Thames Cinema, in a few weeks. Photo: KELLEY TANTAU