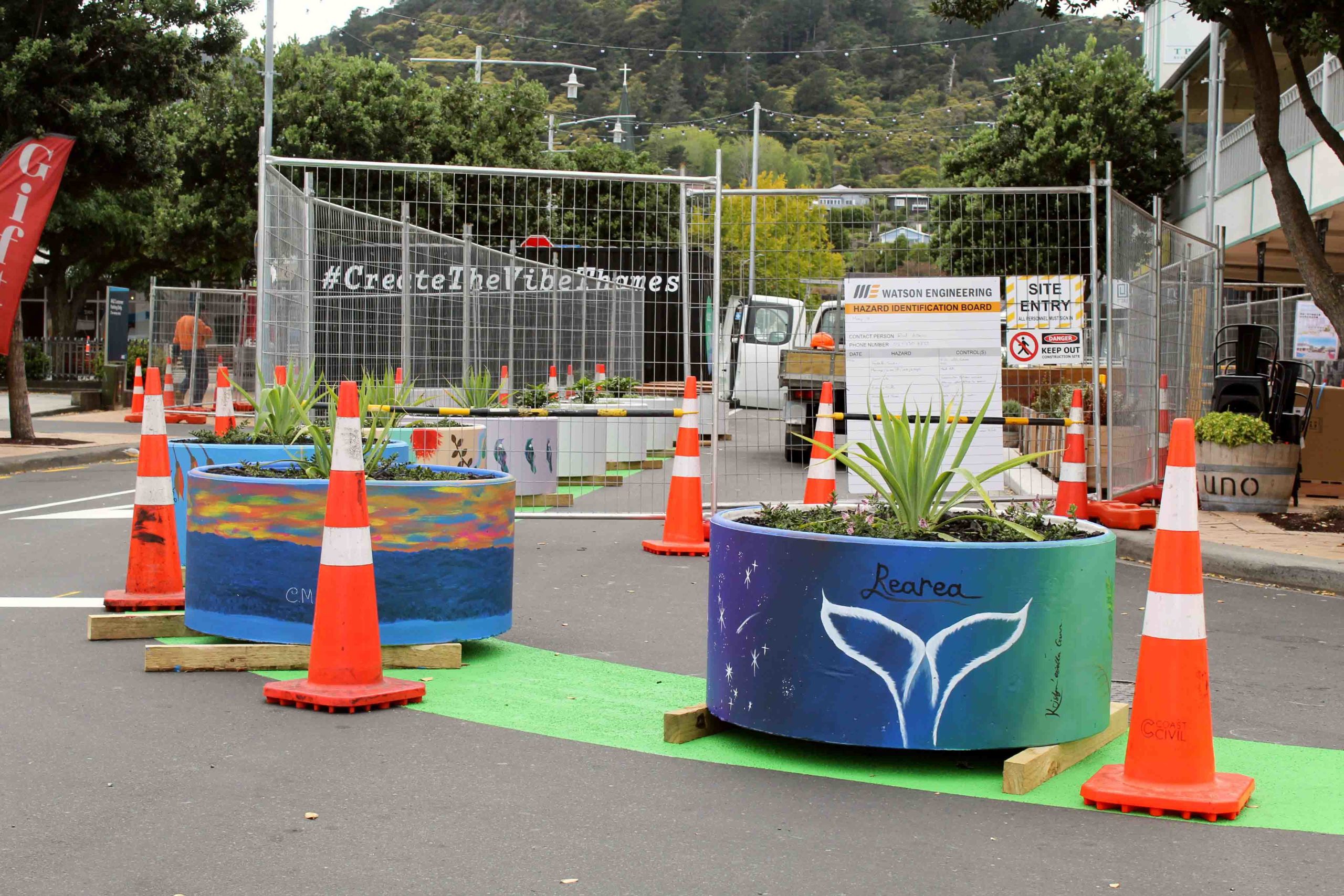 It was a well-intentioned project but it kept one businessman up at night.
To decision-makers, he asked whether the closure of one of Thames’ main thoroughfares could be made with “a clear conscience” in light of a year which saw businesses hit hard by the Covid-19 pandemic.
In the public forum of Thames Community Board’s February 17 meeting, Carson’s Bookshop owner Greg Hampton spoke to staff ahead of a Thames Business Association and Thames-Coromandel District Council meeting the following night, where nearly 50 concerned business owners voiced their opinions.
At the board meeting, Mr Hampton said the decision to close Mary St was “the most extreme option” council could consider taking.
“You’ve gone straight to the most disruptive possible option,” he said.
“In the current Covid-19 environment, this significant decision to shut the central CBD off from the State Highway access is an unnecessary risk, and the option with the most potential for further business disruption in these uncertain times.
“When I say I have lost sleep over this since the announcement in December, that is no joke. We are potentially on the verge of more Covid lockdowns. We don’t need more disruption.”
Fellow Thames businessman Peter Pinkham also spoke of his concerns around the project’s consultation and its speed.
“It seems to me like it’s part of a process that’s happening all around the country at the moment: the government came up with money and looked for ways of spending that money on council projects,” he said.
“It seems as if they put a time limit on it… and a lot of councils around the country have instituted plans and have started to get push-back from the community because of the haste.”
The new public space, which is part of council’s Create the Vibe Thames activities to add vibrancy to the town centre, is 90 per cent funded ($320,125) by Waka Kotahi NZ Transport Agency as part of its Innovating Streets pilot programme. The remaining 10 per cent ($35,569) is funded from the Thames Community Board.
At the business association meeting on February 18, council staff told business owners the project was a trial and data would be collected during the first few months, including sales data volunteered from businesses.
Business owners who spoke said they supported the project but had concerns about closing the main traffic link between Pollen St, Queen St and Goldfield’s Mall. Concerns were also raised about safely accessing Queen St from the CBD without a roundabout, particularly during busy periods.
Community board chair Strat Peters told the meeting he initially supported the project, however, he recently developed some reservations because of a potential risk to businesses.
Business association chair Heather Moore said the association had formally asked council to put the project on hold until an impact assessment had been completed, however, council declined.
Mayor Sandra Goudie told the meeting council had been “busting their gut” to make the Thames CBD a vibrant place to be.
“It is only a trial, if it is really that bad, nobody is going to go ahead with anything that isn’t a flyer,” she said.
“I just hope you keep an open mind.”
Mary St closed last week as work to install the project began. On the first day the road was closed, Mr Hampton said revenue from his business dropped to around 60 per cent of normal for a weekday.
“It’s early days being only one day and could be an anomaly, so let’s hope it is a coincidence. It’s a nervous time,” he said.
“If there are positive effects on business, we will only know those once the fences are down and the public is able to use the space. Time will tell and of course we will welcome positive change if that is the outcome.”
Mr Hampton said his biggest concerns were around due process of consultation and decision-making, lack of transparency and the unknown effects of the road closure.
He was also concerned about the removal of safety railings during the installation of the project.
“That doesn’t appear to signal a temporary trial,” he said.
“If the trial proves unsuccessful, they will have to rebuild those assets and dis-establish the other structures on the road, have those costs been factored into the project?”

April Steampunk festival ‘may be the last’

Humans learn a thing or two from retired racehorses