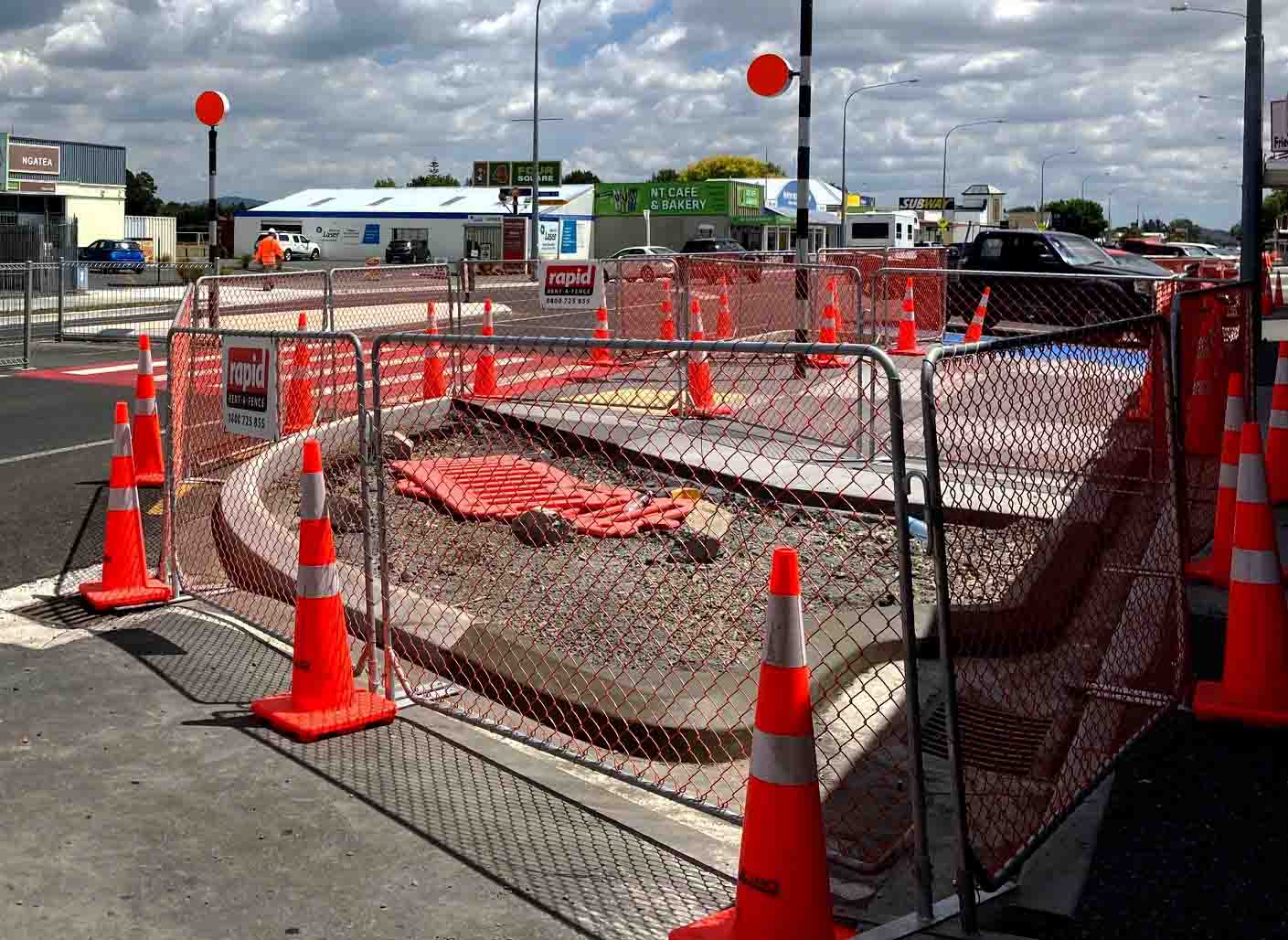 It was to be a 16 week project to replace the chip seal along a 900m stretch of road with quieter asphalt.
But along State Highway 2, the businesses of Ngatea have watched for more than a year as their incomes disappeared with every unexpected delay.
And the project is still incomplete.
“It’s disheartening, and if I had anything to say to any other community, it would be: don’t do it.”
Ngatea Hammer Hardware owner Chris Spilsbury wrote down the start date of the roadworks on his phone, and when the one-year mark came and went in January, he was at a loss for words. He, like many others, had felt the impact quickly.
Within a month of the work’s inception, he was forced to reduce store hours and lay off an employee.
“What we have been through, I would say has been construction hell,” he said.
“There’s been several works that have had to be redone. It’s been a very long, hard process.”
Work to upgrade the main street began in early 2020, and the road was to be closed to all traffic for an estimated two weeks, but construction soon fell behind schedule.
According to Waka Kotahi NZ Transport Agency, as well as the arrival of Covid-19 in March last year, the project also encountered “softer than expected ground conditions” which led to delays, meaning it could not be completed prior to winter.
NZTA Waikato system manager Cara Lauder told The Profile Higgins Contractors had planned to return to Ngatea to complete the last stage of the upgrade to SH2 after Waitangi Weekend. However, to allow time for Hauraki District Council to complete their footpath upgrade work, and due to an international shortage of bitumen – a product required for the new road surface – the contractors now planned to restart the work in mid-March.
The final stage – which involves laying 400m of asphalt between Paul Dr and Pipiroa Rd, would take around one month, subject to weather and any unforeseen delays, she said.
At NZ Post, manager Navdeep Kaur lambasted the project’s lack of direction.
The entranceway to the shop had been left gravelled for two weeks, she said.
“The work is just horrible. They don’t have any plans. They started in January [2020], and had a plan to finish in July. Well, next July is coming.
“Please finish as soon as possible so we can get back to normal,” she said.
Ngatea Lotto and Foodmart owner Naveen Kumar said the town had been through “a hard slog” with the roadworks and the Covid-19 pandemic.
“It has taken too long to do a job like this, but as far as the business is concerned, we were impacted the first couple of months because of the road closures, but after that, we went through Covid so it’s hard to predict which affected us more.”
When the road was closed, sales dropped 80 per cent, he said.
“Ngatea has had a very hard slog this last year, and now, a lot of our customers that passed through don’t stop at all anymore.”
Meanwhile, council’s part of the project – the footpath upgrade, has also seen set-backs.
When work began on October 5, it was estimated to take “about 10 weeks”, and in a council newsletter dated November 27, staff were “confident” footpaths would be finished by Christmas.
But in another update released on February 2, staff said works were incomplete “because some of the work that was done at the end of last year didn’t quite make the grade and needs to be redone”. Mayor Toby Adams said he walked the street himself and looked over parts of the path “deemed finished”, and felt the work did not live up to the expectations of the council or the community.
“So, yes it’s frustrating to have to redig it up, but we’re not prepared to pay for a product that’s not up to standard. We’ll continue to do that, because at the end of the day, we want a top finish,” he said.
“Your kitchen looks a mess while you’re getting the cake ready but once you’ve tidied up, and have the cake there to eat, it’s all worth it.”
Mayor Adams told The Profile he understood the process had been “frustrating” and he had written to three ministers, as well as the Prime Minister, to try to obtain some sort of compensation or funding for affected businesses. Responses from them all showed central government “had no appetite at all” to contribute.
Overall, council staff had given the upgrade a “high priority”, he said.
“There’s been a lot of time and a lot of effort made by councillors and staff to try and ensure it has gone as smoothly as it possibly can, and we’re just doing our best,” he said.