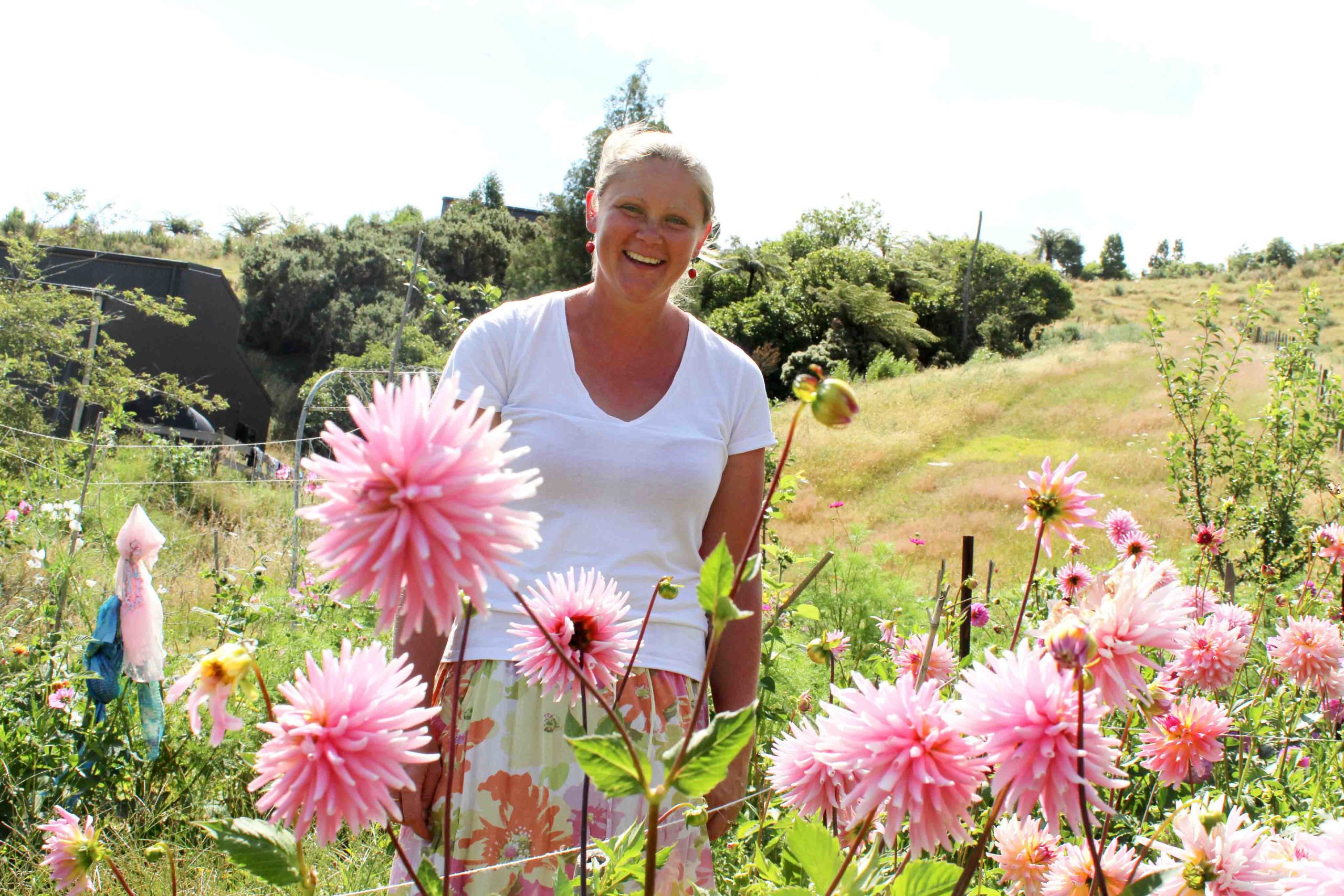 It’s a flower lover’s dream: dahlias, sunflowers, lilies, sweet peas and snapdragons, all protruding from their plots waiting to be picked.
Once in hand, the aroma of nature’s perfume wafts around the flower farm within the hills of Waikino, and when combined with a sprig of mint or a stem of eucalyptus, the bunch is ready to be taken home. For just over a month, Lauren Bartram has opened her farm up to the public, with the dream of providing fresh flowers at an accessible price. It’s a business venture that sprouted up on its own.
“Everyone who has known me for a while would say I wanted to grow flowers ages ago, but it’s one of those things that until you’re given the opportunity, you would have never done it,” Mrs Bartram tells The Profile.
A teacher by trade, she has always had flowers growing among her fruit trees and veggie gardens, but it wasn’t until the new year that she began devoting herself to the flora full-time.
“[Growing up] I wasn’t the creative one, so I stayed away from all that stuff – art, music, anything like that – because that wasn’t what I was meant to do,” she says.
“So I went to uni and studied law and then environmental science … but I am drawn to this, and it makes me feel better, and it does the same for so many other people.
“I guess [2020] has been that type of year, where people actually have done something about finding what it is for them.”
Mrs Bartram says she never intended to start up “pick-your-own” days, and had been composting the wilted flowers before making the decision to open her doors.
Since then, a “range of people” have wandered through the flower farm which spans a quarter-acre.
“I had a little kid the other day walk up who said he wanted to pick something for his mum, but he only had about $2. I said, ‘that’s fine’ and gave him a jar, and he put some little short stems in it, and away he went with something to take home.
“That’s what I want – for flowers to be affordable for people. People do want to do nice things for people, but they don’t want it to break the bank.”
Mrs Bartram also had a woman walk through the garden with a bucket collecting flowers for her nana’s funeral. She then went to her aunty’s garden, her parent’s garden, and to her nana’s garden to construct the funeral wreaths by hand.
“It cost her the price of the bucket,” Mrs Bartram says.
She’s also had requests from brides asking for buckets of flowers for their wedding.
“We want this to be something people can enjoy at any level.”
Mrs Bartram’s farm – Tangled Sprout Flowers – is opening up to the public on Sunday, February 7, as well as Valentine’s Day on February 14.
In the future, she’ll also look at offering a Community Supported Agriculture subscription, in which people pay upfront for a season’s worth of flowers.
For more information: Ph 0210 442 218 or find Tangled Sprout Flowers on Facebook.

‘Construction hell’ drags on in Ngatea