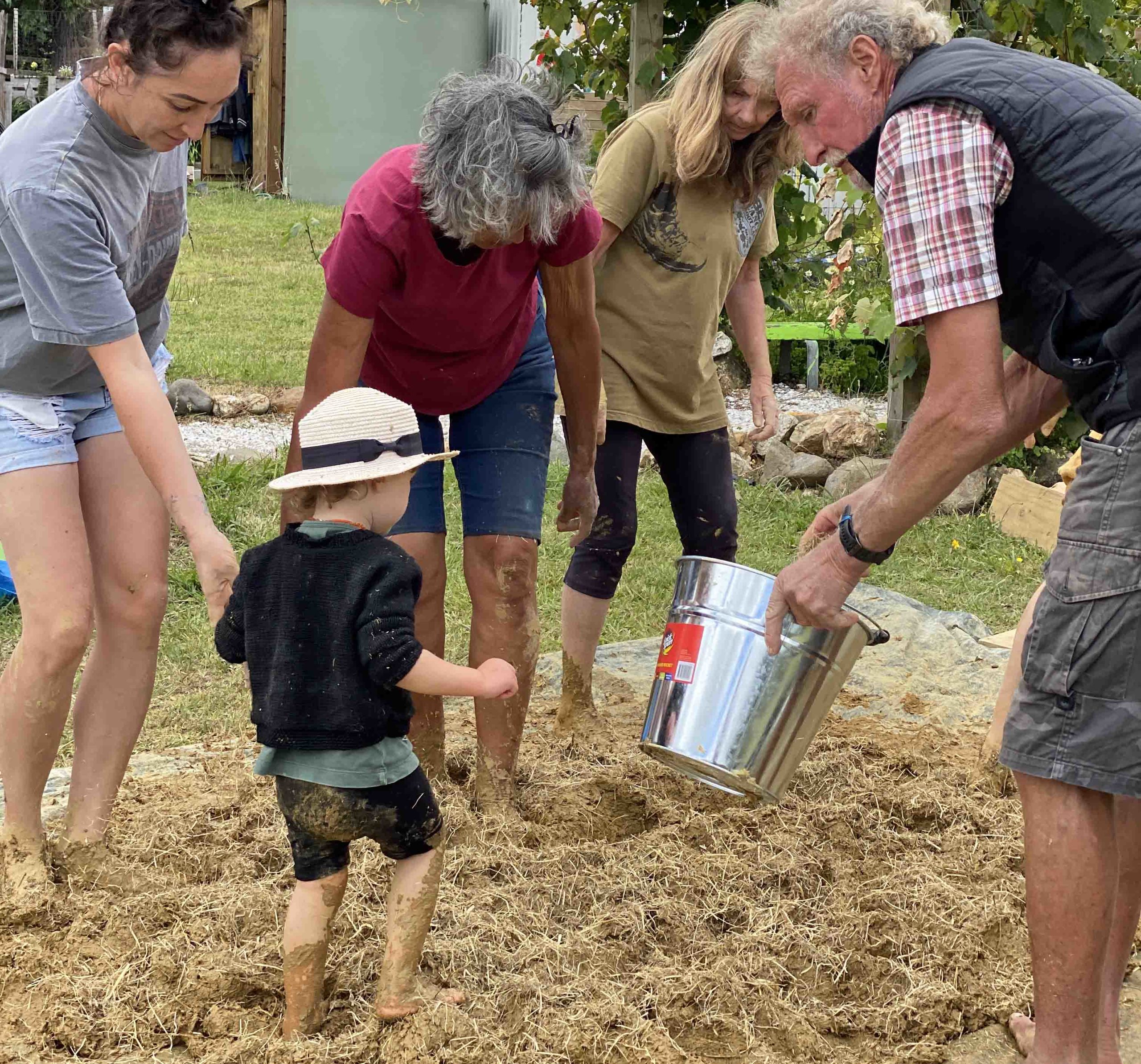 Like a “phoenix rising from the ashes” so too will Waikino School emerge from a fire which caused $68,000 in damage.
In November, the school lost its outdoor classroom, Whare Manu, to a fire that started from a pizza oven. But work is underway on rebuilding the space, constructing a “bigger and grander” pizza oven, which once took pride of place.
“We don’t know what happened, whether there was a crack in the oven and it failed, whether the door wasn’t put back in, or whether a hot ember got into the wood pile below it, but it doesn’t matter, it happened,” principal Jo Wheway said.
“We’ve learned from it and we’ve put the new pizza oven on its own, so that it can’t set fire to anything if it happens again.” The original pizza oven had been constructed by students, as part of the school’s effort to build sustainably and was used almost daily, Mrs Wheway said. It had been used throughout the weekend of the fire as part of the annual Lions Garden Ramble.
“Luckily, one of our neighbours up the road … was on the early shift. When she came past at 3am, she saw the flames and raised the alarm – which is good because it was really dry, and it could have taken out the whole school,” she said.
The new pizza oven will be made with concrete, clay, river stones, and wine bottles, and every pupil will have their hand in building it.
“The kids who built the original pizza oven were gutted that what they built for a year had gone, but the good thing is that this new generation of kids are getting to do it all again and have that experience.
“Every kid will get to come out and do something, either making some plaster, helping design the decorations, making the mosaics, or building the wall.”
The school had been growing rapidly since Mrs Wheway started as principal three years ago, with around 90 students now on the roll, she said.
And to add fuel to the fire, the school had run out of classroom space, and work to knock down walls and create extensions had been ongoing.
But the school was humbled by the support they had received since the fire, she said.
“The community has been amazing. Last year, after it happened, all the schools did little mufti days to raise money for us, and they kept turning up with cheques or cards, so that has been pretty amazing.”
If anything, the school needed some more clay to ensure construction of the oven was completed.
“It is coming back, it’s like a phoenix rising from the ashes, because that’s what it feels like.
“It’s going to be there for the kids and the community, and it’ll be firing out pizza soon to thank everyone for their support.”