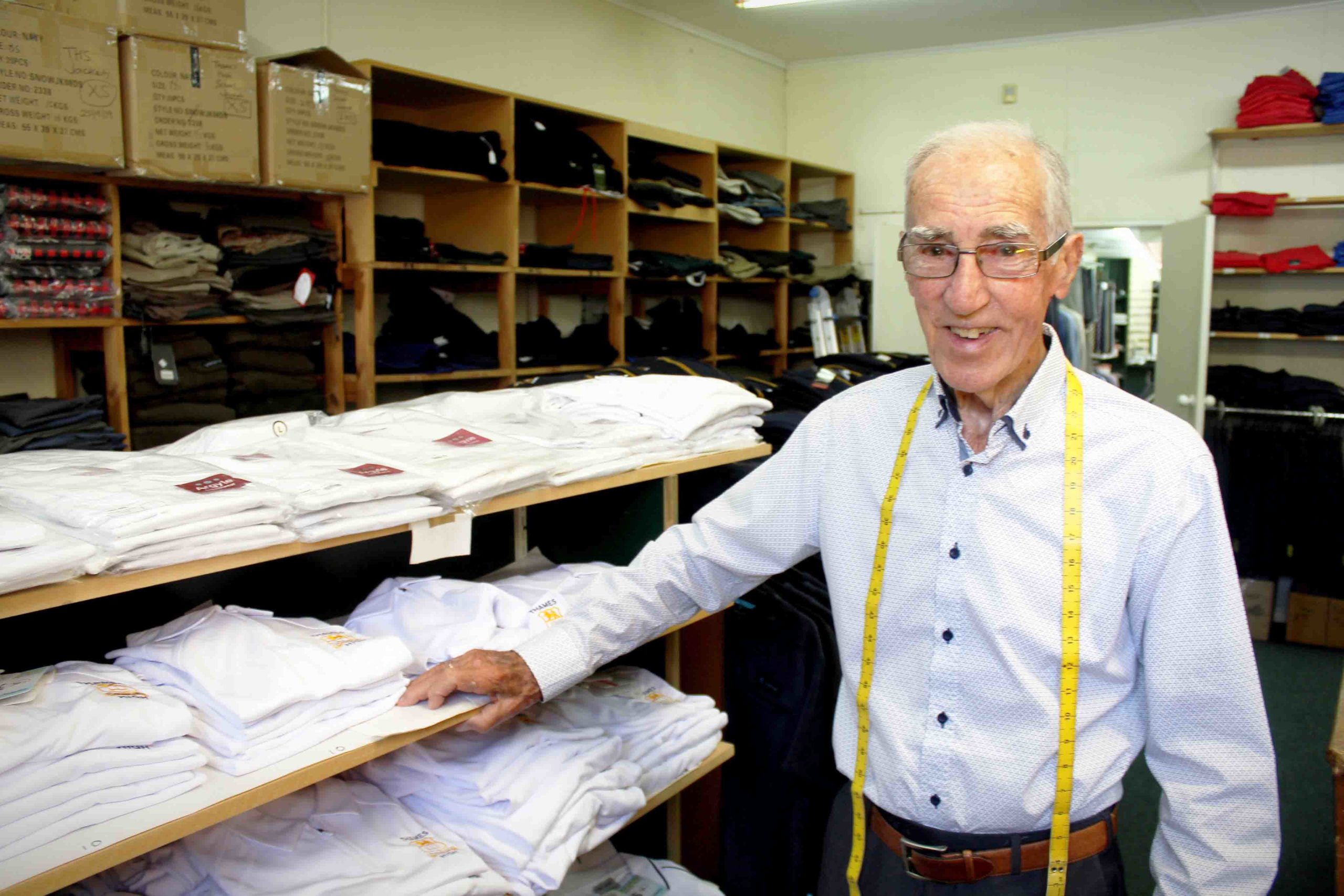 For many years, Don Snowden has helped first-time high schoolers and kids who have gone through growth spurts over summer source their school uniform.

Mr Snowden has been the owner of Snowdens Menswear since 1964 and has been the supplier of Thames High School uniforms for the past 16 years. Throughout that time, he has seen many hundreds of students walk through his doors.

“Mums and fathers that have been customers here over the years are now bringing their kids in,” he said.

The menswear store was exclusive to men’s attire until they received a call from the high school, asking the business to take over the distribution of the school’s uniform.

It would be a new venture for the store, with its own set of challenges, but as the business stalwart said: “We did it”.

“What we had in [the back room] was mainly work gear, and we could see that competition and changes to the ‘fluro look’ were starting to happen,” Mr Snowden said.

“So, what we did was cut back on slow lines, and that gave us the room for which to put the uniforms.”

Mr Snowden offers a lifetime of experience to his clientele. As a youngster, Mr Snowden left high school and worked at JW Court, a department store in Auckland. Following that, he worked as a sales rep in the city and up north in Whangarei.

“Then I thought: ‘The time is right, better have a look for a business.’

“We saw an ad in the paper, and that ad took us to Thames,” he said.

Mr Snowden was in his mid-20s when he arrived in the town, and admitted he knew nothing about the place, but was inspired by businesses such as A&G Price and Judd’s Foundry.

“When we came and had a look around, the industry that was here, I was amazed by,” he said.

Now 56 years since Snowdens Menswear started, they are still in the same premises on Pollen Street.

Mr Snowden said their busiest time of the year for uniforms was in January before school started, but “bits and bobs” were purchased throughout the year, too.

Stock was ordered at least six-eight months before it was required.

Mr Snowden said sourcing the uniform was not as simple as it might have looked, and, like many businesses, they had difficulties stemming from the Covid-19 pandemic.

“We’ve found that particularly in the last few years, very little is made here [in New Zealand], so you have to get things from around the world.

“And of course, this year with Covid, freight at the moment has increased “threefold” in some cases … Fortunately at this stage, we are pretty well covered,” he said.