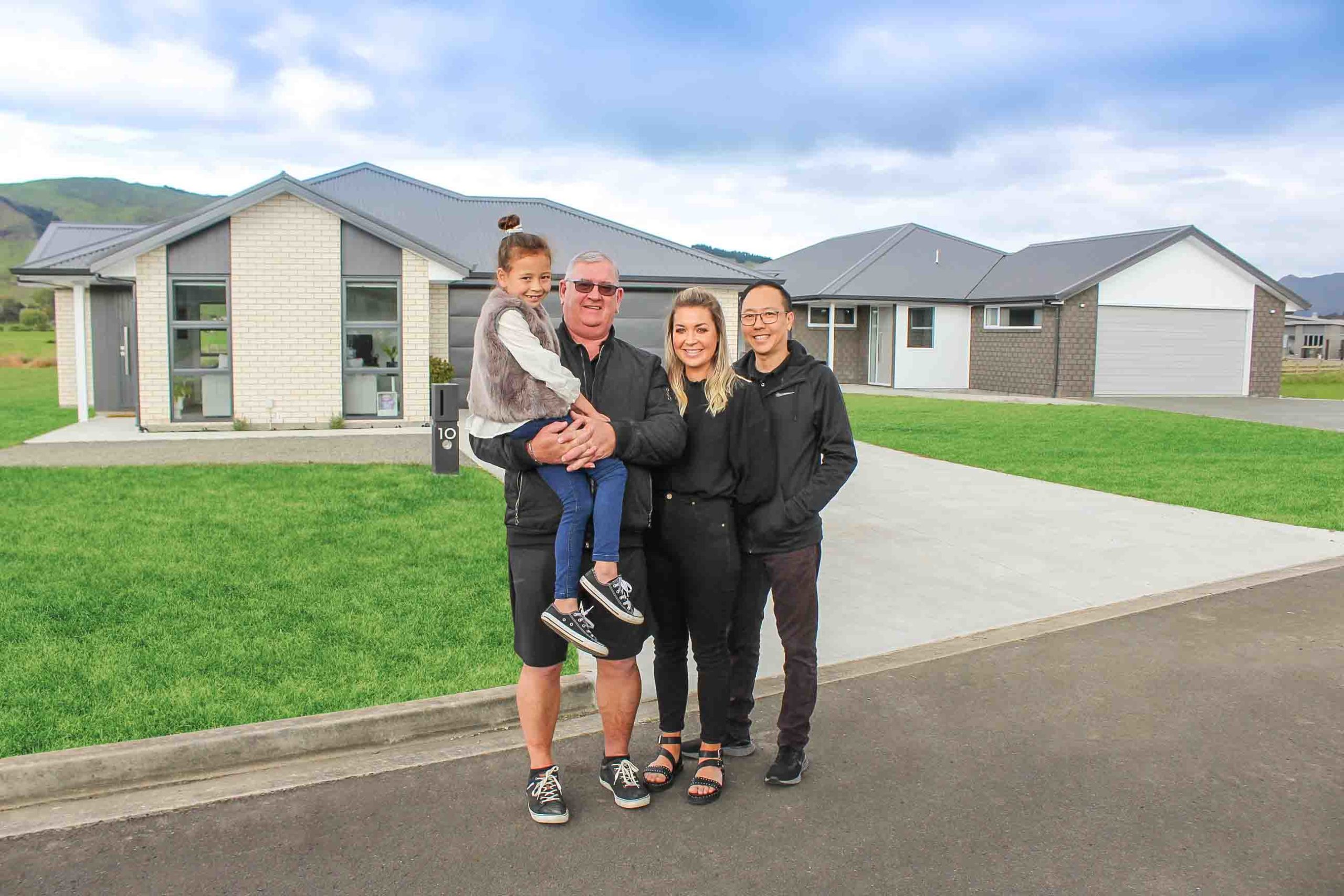 Living side-by-side with their parents in two brand new Versatile homes is a dream come true for a Paeroa couple. Ashleigh Craig and Alax Ho moved from Auckland with their 6-year-old daughter Madison a few years ago so they could be closer to family. And that is certainly what they have got.

After living with their parents, Dave and Carol Craig, for several years, the two families decided to look for a larger home and section, so they could continue to live together. However, Dave said another option came up that suited them much better.

“We looked at some options around the area and came across these two sections right next to each other, and we thought that would be great,” he said.

“Then we started looking at building options and Versatile had just released some new plans that caught our attention.”

Versatile, based in Kōpū, came highly recommended by their friends, so after purchasing the sections they decided to go ahead and build two new Versatile homes.

Ashleigh said they absolutely loved their family home, which was spacious, warm and comfortable for them to live in.

The two families are now enjoying living right next door to each other, in the comfort of their own homes.

“It’s fantastic for Madison to be so close to her grandparents in a quiet, safe neighbourhood,” Ashleigh said.

“Previously we were in a townhouse in Auckland on a main drag and Madison was in daycare from 7am until 6pm, so she was just exhausted, whereas within this community, she has got kids she goes to school with and can have dinner at a normal time.”

Ashleigh said Versatile were amazing to deal with during the building process – “It’s been quite a breeze really”, she said.

“The biggest thing we noticed was their communication was amazing, along with their ideas and input into the build. Throughout the build stages there was always advice and their attention to detail was huge.”

Both families are impressed with the high level of service and attention to detail from Versatile, including weekly email updates on their builds.

“They wanted to get things right and they’ve done things properly,” Dave said. “We’ve built before in Hikutaia with another company and the experience was like chalk and cheese. Just the quality of people Versatile have got really makes a difference. It’s worked out really well for us.”

Carol said the workmanship was fantastic.

“The most important thing to us was the care and attention that Versatile (Ian in particular) took to hand-select top notch tradies whose work was of the highest standard and a reflection of the high standards that Versatile Kopu have.

“Every tradie on site was friendly, approachable, helpful and nothing was an issue. We would also like to acknowledge Ian and Jen who were ever so helpful right from day one, and then Bronek also when he came on board.

“I highly recommend them – taking care is personal to them, they have a lot of pride in their work.”