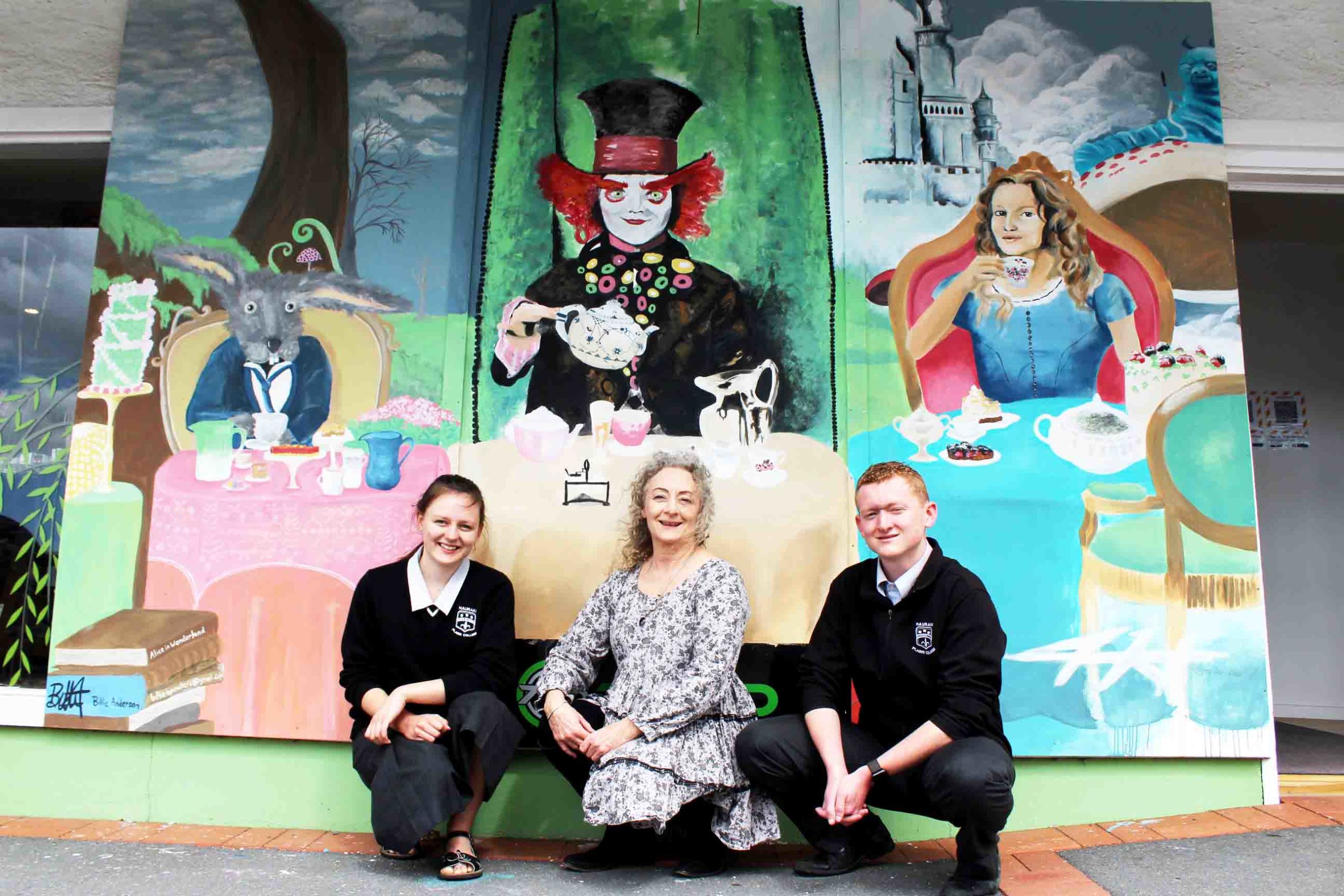 A shop window broken during major roadworks has led to a new mural that’s been turning heads in Ngatea’s main street.

The mural, called Alice in Willowland, was painted by Hauraki Plains College students Tristin Hull and Billie Anderson. It was commissioned by Willow shop owner Liliane Vivian, who wanted to brighten up the plywood used to replace the broken glass.

“I just thought it’s just what the community needed,” she said.

“The roadworks and Covid have impacted everyone and I wanted to bring some joy and brightness brought back into the community.”

Tristan said he spent 100 hours over several months painting the mural with chalk paint supplied by Willow and Billie, who joined him later on, spent 70 hours, with both earning NCEA credits toward their year 13 art class.

The pair worked on the mural most Sundays and around study and part-time jobs.

Tristan said he came up with the Alice in Wonderland theme because it was a bit of fun.

They have had a great response from members of the public, who would pull over to tell them they were doing a great job.

Tristan, who has earned a scholarship for tertiary study next year, plans to study animation at either Massey or Victoria universities and Billie plans to study a Bachelor of Fine Arts at the University of Auckland.

Meanwhile, their handiwork in Ngatea will soon be on the move. The mural was only temporary while Liliane waited for insurance to replace the glass, however, it will be moved to a permanent location once that happens, she said.

Paeroa preschoolers get back to nature