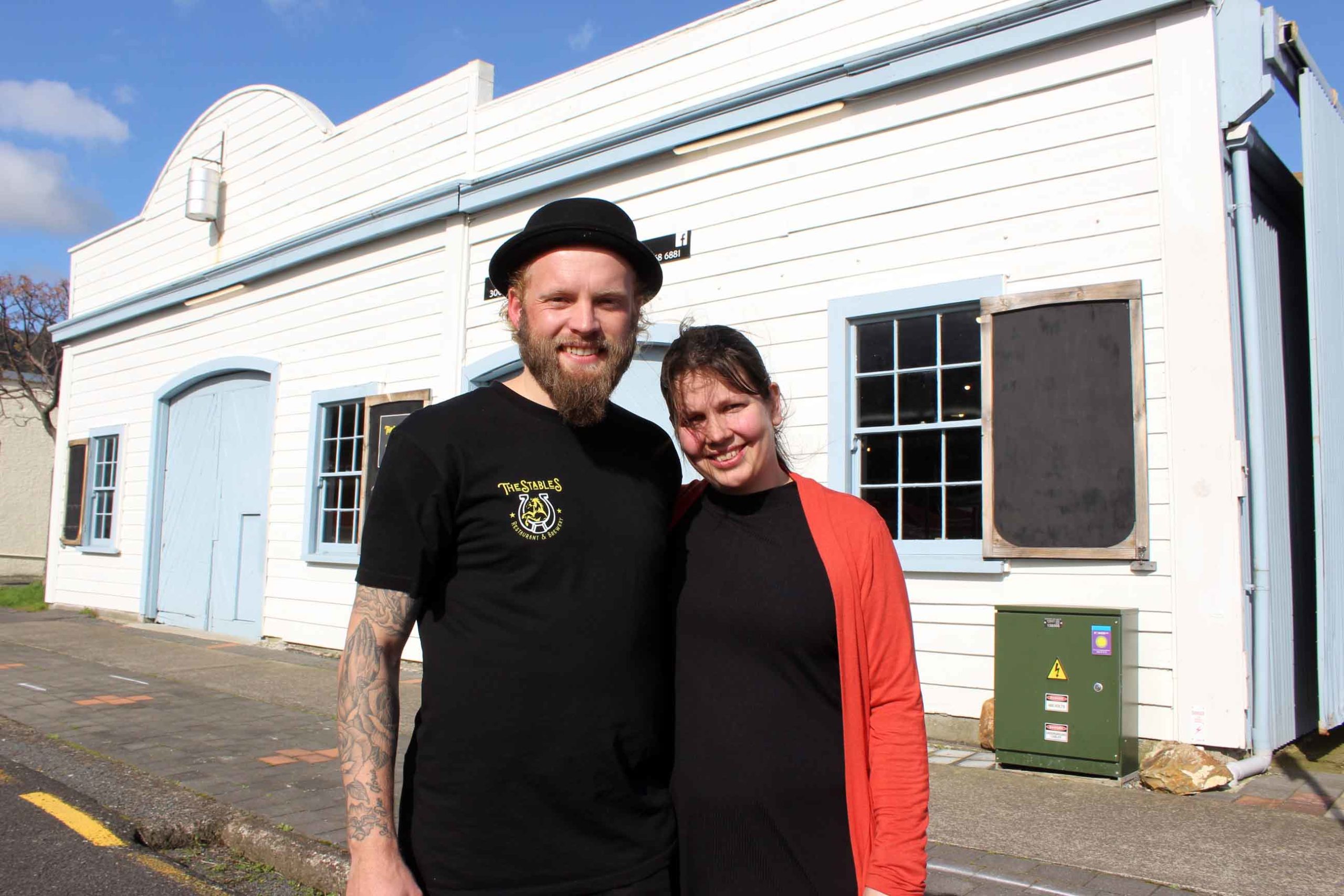 Mike and Ingrid French have grand plans for The Stables Restaurant & Brewery in Thames.

At the end of February, Mr French worked as a duty manager at Frank’s Bar & Bistro at the northern end of historic Grahamstown before the couple took over business in June, renaming it The Stables.

Since deciding to take over the business, they’ve had to deal with the Covid-19 pandemic and a change in staff, including finding a new head chef twice.

This meant the couple were initially pitching in, taking orders and even making hamburgers one day when short staffed.

“It’s been a trying time – it’s been exciting but trying,” Mr French said.

“We finally have some floor staff so I have time to step back a bit and sort out so many things that need sorting out. I love the rush of hospitality though, so it was okay.”

Mrs French, who has a business degree and is originally from France, said working in the restaurant was initially “a bit scary” for her as she had never worked in hospitality before. But now she’s really enjoying it.

“One day we were short of staff and Mike told me ‘Ingrid can you take their order’ and I just went and did it then I was suddenly making burgers,” she said.

The restaurant offers lunch and dinner meals, and is currently open between 11am until 9pm from Wednesday to Sunday. However, Mr French, who is a barista with a background in hospitality, said their vision was to be open for breakfast, lunch and dinner and “create a vibrant hub for people to come to”.

They also intend to continue developing the brewery.

“I believe back in Thames’ glory days … they were pouring a lot of beer here and now there’s no brewery here except us so we’re kinda going back to our roots and acknowledging our past. It’s a craft,” he said.

The plan is for building owner and brewer Steve Sowerby to pass on the brewing of the specialty beers to Mr French, “which I’m very excited about”.

“I’ve got my lovely wife to focus on the finances and then I’ve got a duty manager so I can actually step back and help with serving people and brew the beer with Steve.

“We make six beers here currently and we’ve fine-tuned the way in which we are brewing and we are so proud of the craft beer we have to offer.”

The off-licence allows patrons to purchase 700ml flagons of the craft beers. Mr French is also planning to re-label the beers to better reflect the history of the town and the premises, which was originally a horse stable before becoming Judd’s Foundry.

Mr French, who was born in Thames and raised on a farm in Waitakaruru, now lives on the Thames Coast with Ingrid and their 2-year-old son Luka. As a nod to the building’s heritage, he has brought some of his family’s farming history into the restaurant, displaying saddles and other horse gear used by his father George French, who was a farrier, and his great uncle, Lloyd French, who farmed at Tapu.

“It’s amazing to come back [to the area] because I used to resent being from Thames for some reason but coming back here, it’s just a slice of paradise after living in Auckland for 10 years.

“There’s so much history that I just took for granted as a kid.”