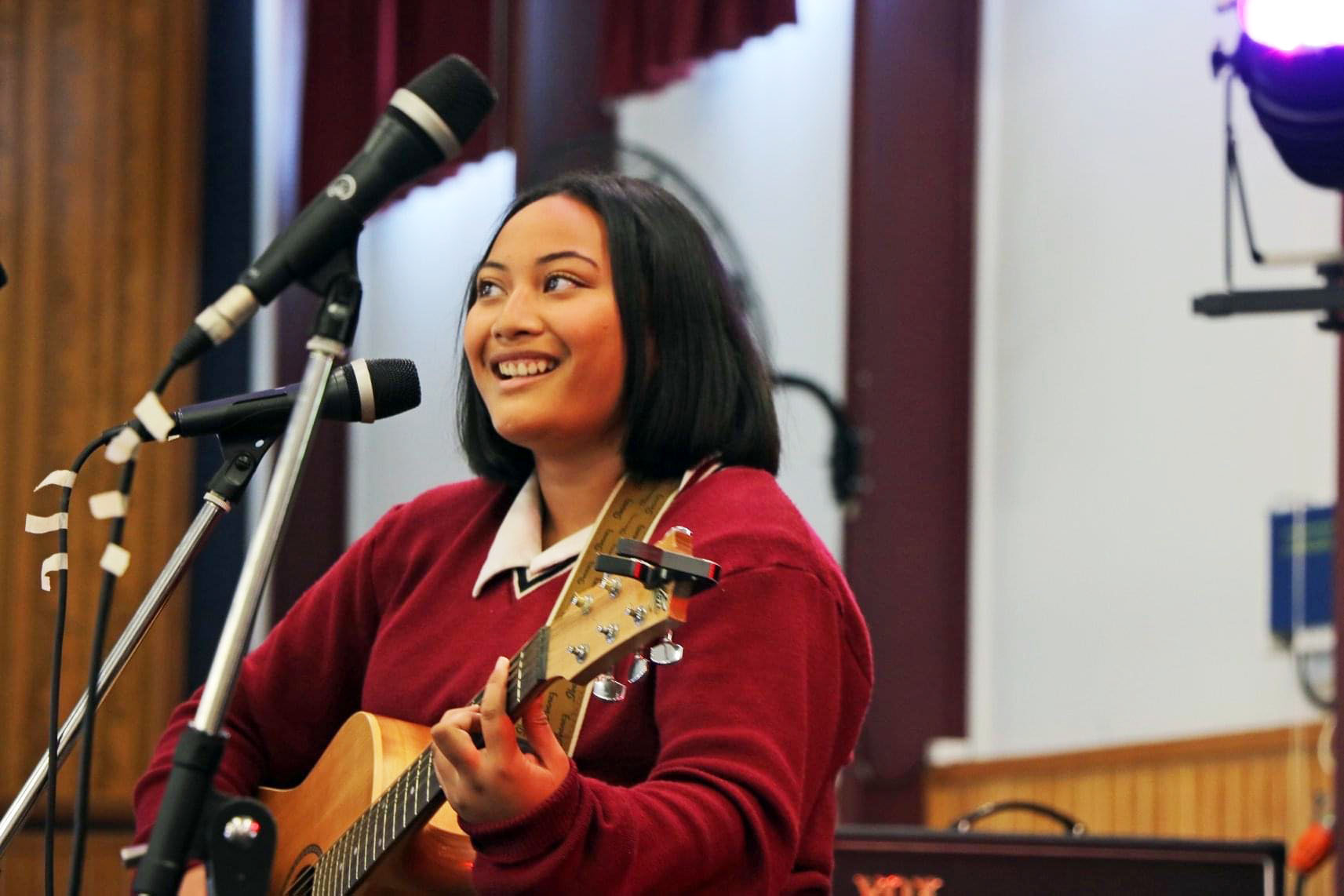 Writing and performing a song about the effects of self-doubt has resulted in Anna Tukuitoga being named the winner of this year’s Waikato Smokefree Tangata Beats competition.
Tangata Beats is run alongside Smokefreerockquest with a focus on the cultural identity of Aotearoa New Zealand and the South Pacific. Anna, 16, who is Niuean, entered her original song called Haakau Fofoga, which means reflection.
“I’ve always had self-confidence issues and I thought one day I’m going to write something about me and how it relates to me and it just worked out that Tangata Beats was still open so I just translated it to Nuie,” she said.
“It basically just talks about how I feel about myself, about how your self-doubting can actually affect you as a person.
“It’s just been an ongoing type of feeling, especially going into college and especially at my age. It feels like you have to fit a certain trend or something to be someone and have cool friends.”
The Hauraki Plains College student entered the competition online due to Covid-19 restrictions, which she found difficult as she preferred to perform in person in front of an audience, she said.
Anna has been a country music singer for about 10 years. At the moment, she doesn’t belong to any country music club because of Covid-19 restrictions, though she has formerly been a member of the Fountain City Country Music Club in Hamilton and would like to get involved in the Matamata Country Music Club. She plays guitar and banjo – “anything with strings I can pick up and play”.
Anna wrote her first song when she was in year seven, which also won a competition.
“I think that’s when it all started, I think I’ve written about maybe 10 songs,” she said.
The year 11 student is aiming for a career in performing arts when she finishes college.
“I’d like to do something with youth and with younger people, to use music or use drama to help them.”
Anna said she was surprised when she received a text from her mother telling her she’d won Tangata Beats. She won a prize package from the Rockshop for winning the Waikato competition and was in the national selection pool for the event’s live national final but wasn’t placed.
“This time round it was just a trial just to see how it is and I wasn’t expecting to get anywhere with the song,” she said.
“I’m happy that I got to express how I felt because I know there are a lot of teenagers who feel the same way, they just don’t know how to express themselves and I really like how I used my Niuean culture.
“Nuie is not really big, it’s just a little coral island, it’s really small, so it’s good to put the homeland on the map.”

When life gives you lemons …