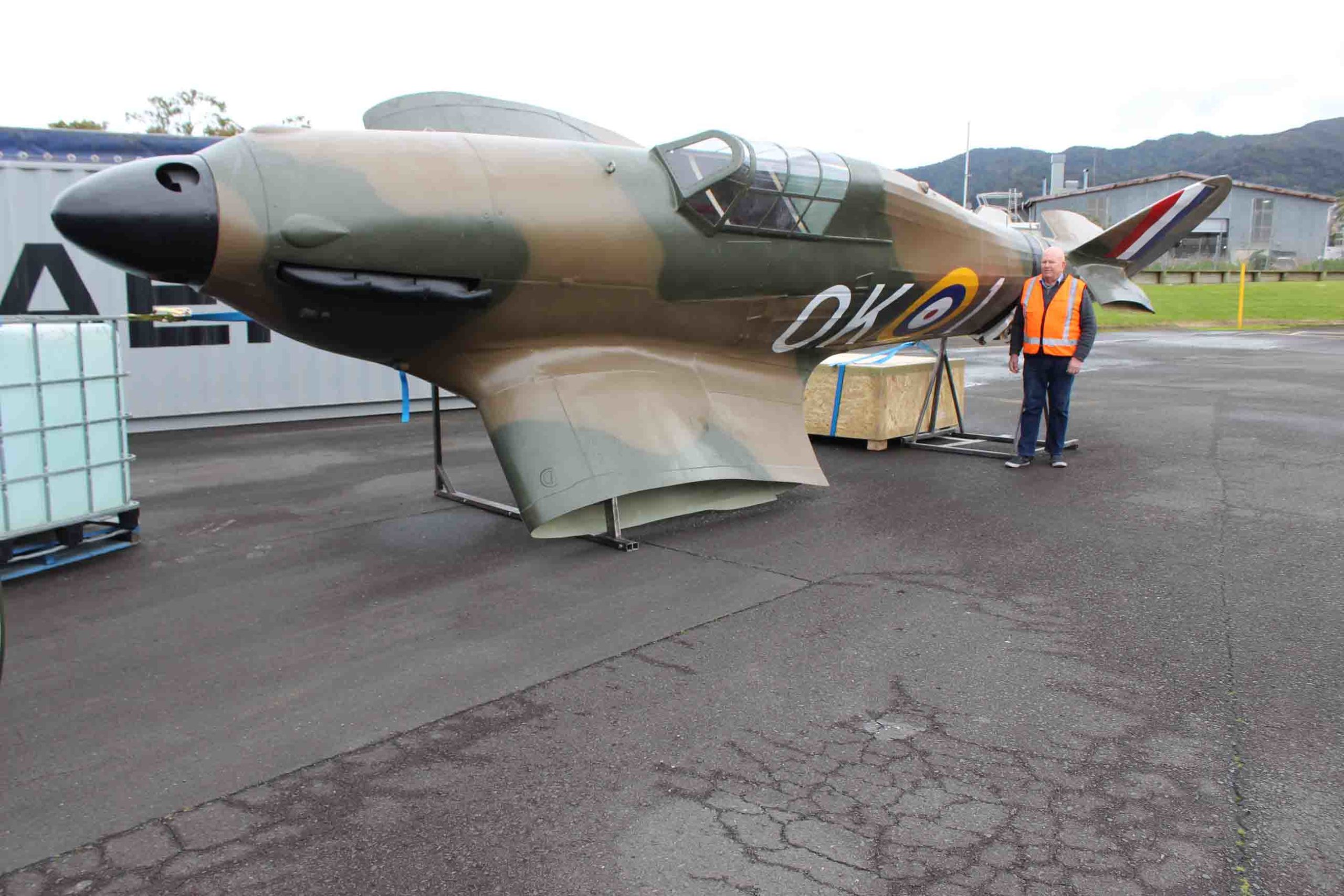 Visitors to Thames will soon be greeted by a life-sized replica of Sir Keith Park’s Hawker Hurricane aeroplane at Thames Airfield.
The replica Hurricane will stand just under 10 metres high in a $150,000 memorial to Thames-born Sir Keith, who was the Royal Air Force commander in operational command during the Battle of Britain in 1940.
A weekend of commemorations will be held in Thames on September 12-13, which is also the 80th anniversary of the Battle of Britain. Commemorations include an inauguration service, an RSA-hosted formal dinner at Gastronomics and a wreath-laying at the Thames War Memorial Civic Centre.
Sir Keith Park Memorial Airfield Society president Geoff Furkert said the replica aeroplane was built in England earlier this year and arrived in Thames in several pieces in a shipping container on August 14.
After a Ministry of Primary Industries inspection, it will be assembled at Toyota NZ’s vehicle operations plant before being installed at the airfield in early September.
The project is the brainchild of Waerenga man Michael Kemp, a Battle of Britain survivor, who has written a book about Sir Keith called, Sir Keith Park and Me.
Mr Furkert said work began on the first stage of the project in November last year and more funds will be raised for the second stage of the project, which includes landscaping and a statue of Sir Keith in his flying kit to be erected at the site at a later date. Fundraising for the project was going very well so far, Mr Furkert said.

About $110,000 had been raised, with another $60,000 in goods and services in kind from local businesses, including A&G Price, Thames Valley Hiabs and Kopu Engineering. Those who donated funds to the project were passionate about the Battle of Britain and Sir Keith, he said.

“In terms of goods and services [donated], I think locals really see this as being quite a drawcard for Thames,” he said.
“It’s going to be quite conspicuous down at the airfield, it acknowledges both the Battle of Britain and Sir Keith and to a certain extent, it’s the start of what we’d like to see as developments at the airfield so that we get better value from the asset.”

8:30am: Inauguration service at the new Sir Keith Park Memorial at the Thames Airfield with NZ Warbirds flypast (weather permitting):

11am: Wreath-laying at the statue of Sir Keith Park outside the Thames Civic Centre, followed by refreshments in the Civic Centre where Sir Keith memorabilia will be on display.