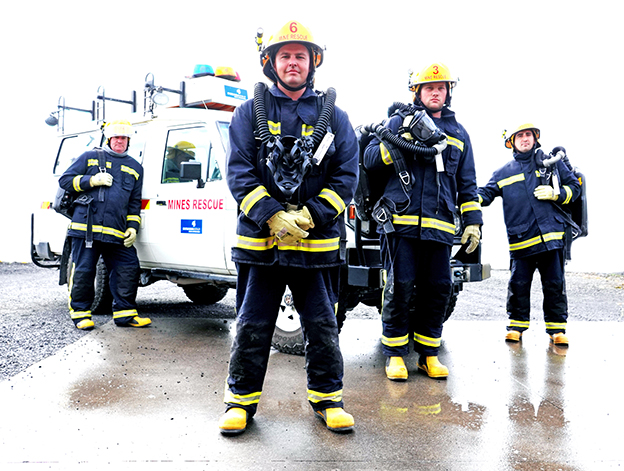 Members of the Waihi Gold Mines Rescue Team will ascend the southern hemisphere’s tallest building in a few weeks for a flaming good cause.
The annual Firefighter Sky Tower Challenge on August 20 will see New Zealand firefighters race to the top of the 328m Auckland Sky Tower carrying 25kg of gear, while also raising funds and awareness for Leukaemia & Blood Cancer New Zealand (LBC).
LBC said eight children and adults in New Zealand are diagnosed each day with blood cancer, and the charity is dedicated to supporting patients and their families for months or even years.
It will be the sixth year the Waihī rescue team has taken part in the challenge, with up to nine members taking part.
Jamie Bird, who is about to compete in his fourth Sky Tower challenge, told The Profile raising money for a good cause ignited his involvement.
“[Leukaemia and blood cancer] affects a lot of people and the money goes towards supporting the families, but it’s also a very physical thing to do for the team and a bit of competition within the team of who can get the fastest time,” he said.
Jamie said rescue team members, who were trained and certified in incident responses, including fires, usually took between 10 and 20 minutes to conquer the Sky Tower’s 51 flights of stairs.
“We start in the basement and then we do four flights up until you’re on ground level and then you do a lap outside and then you carry on up to the top of the Sky Tower,” he said.
“The challenge is to keep moving really – when you get halfway up it’s difficult to keep pushing and pushing and just go as long as you can.”
Jamie said the rescue team wore firefighting suits for the challenge and a 25kg closed circuit breathing apparatus, which the team uses in underground rescue missions.
“The closed circuit is different to the open circuit because we breathe in our own air and it gets circulated around and filtered,” he said.
“Then we can rebreathe our own air rather than have a fresh supply like the other firefighters do with the BA gear.
“I get quite a bit of [training] with work but there’s quite a few people who’ll also go on hikes, runs or walks with weighted vests.”
As of last week, Jamie said the rescue team was New Zealand’s second highest fundraising team with more than $23,000 raised through online donations, sponsors and raffles for LBC.
This includes around $5000 raised by a raffle held at Waihi Rugby Club.
The rescue team, which raised more than $41,000 in 2021, will continue fundraising up until challenge day.
DETAILS: To help Waihi Gold Mines Rescue Team in their fundraising efforts, visit firefighterschallenge.org.nz/t/waihigoldminesrescue.

Award for 20 years of search and rescue

Learning to live alongside fur seals