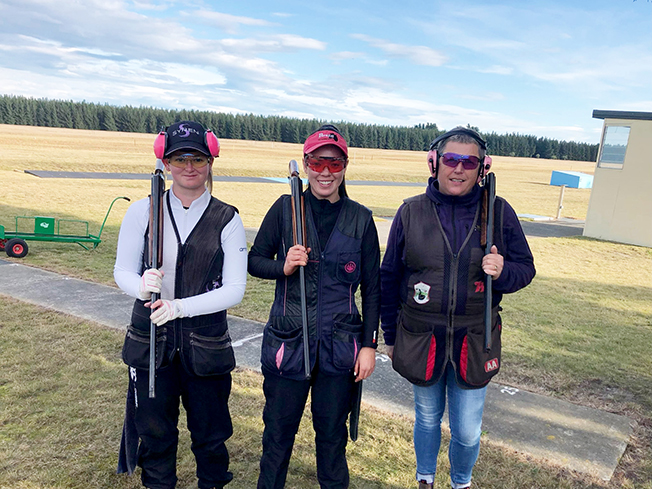 Ayisha Hull has shot her way to winning a national clay target shooting competition with the North Island women’s team.
Co-captain Ayisha and her team took out the North vs South section of the New Zealand Clay Target Association Down The Line Nationals held in Canterbury in June after beating the South Islanders by 14 target shots.
The Hauraki Plains College student told The Profile winning the New Zealand title alongside two of the North Island’s top female shooters was “pretty amazing.”
“I was pretty stoked about it, it’s pretty hard to make the top team [and] there’s a lot of travelling and a lot of money, events… ammunition and firearms,” she said.
“The North Island team hasn’t won in years because the South Island team has olympic medalist Natalie Rooney… so it’s a bit of a big deal to win against an olympian. It’s definitely not something that happens everyday.”
Ayisha, who has been shooting for around four years, said mental toughness was a great aspect for any shooter.
“You can be as technically able as you want but you gotta be able to control the voice in your head because when it comes down to the wire it’s all mental sport and it’s all about focus and not letting the nerves get to you.”
Ayisha said she now aimed to qualify for the New Zealand women’s team in November.