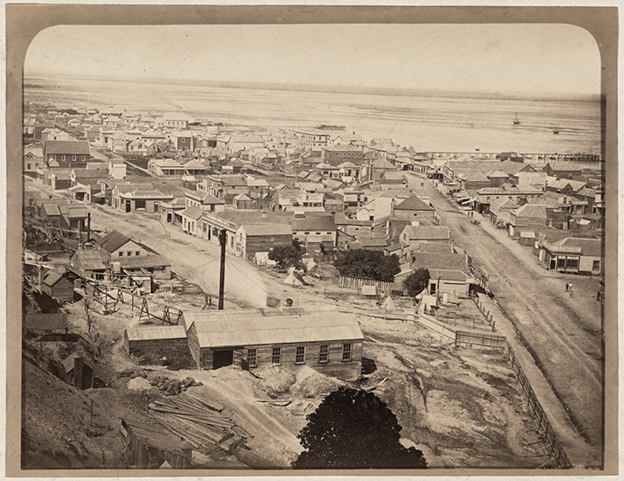 1871
The extraordinary appearance of a meteor astonished a man walking on the beach at Shortland around 8.30 one evening.
The night was cloudy and the moon partly covered. The falling star resembled a bar of heated iron, wedge shaped, about 15 feet long. At its base it appeared red hot, and this colour gradually darkened towards that of a bar of iron immersed in water.
It traversed the heavens from north to south until it sank from view a short distance beyond the telegraph turrets at the mouth of the Piako River.
It was visible for about half a minute and on its transit occasionally buried itself in the dark cloud before reappearing in bold relief against patches of clear sky.
The sight was magnificent in the extreme. Once it vanished, the clouds cleared away and the moon shone forth in a double brilliancy.
The stunning sight was also witnessed by many who were taking their after-church walk and gave rise to expressions of wonder and amazement. The spot where it disappeared was in the swampy ground between the Piako River and the main land at Miranda. It would be impossible to find, even if the spot where it fell could be discovered. Local Māori said that such an appearance was a sure indication of approaching war and as it had gone in the direction of Piako, that war would be in the Waikato.
Specimens of coal from Miranda were brought over to Grahamstown by Mr Foot of Bridgewater farm, which was about eight miles from the sea. He had been prospecting and sinking holes on a coal seam on his property for about 2.5 miles.
He came to an immense body of coal and brought to Thames over half a ton to exhibit. Some large blocks could be seen at Mr William’s office, Brown St, and several bags full at Mr Unthank’s in Coromandel St. Some of the coal when tested proved to be very good. If it continued to show promise, the value of the find would be incalculable as with a failing supply from the Bay of Islands, another coal field was needed.
At Tapu, many white and red cornelians – a reddish type of quartz, and other pretty stones were scattered about the seashore. These gems, properly mounted, were becoming somewhat fashionable in Auckland. They were purchased by Mr Lewisson for that purpose, and Tapu residents were advised to bear this in mind during their walks on the beach.
Also at Tapu, a bullock in an inebriated state, having eaten some potent native plant, went rolling down a mining shoot around 80 feet high, and landed on the floor of Mr Buckland’s machine, to the great consternation of the man working there.
After a walk round the floor the bull went out and fell into a deep hole at the end of the building, but on recovering its legs again it ran down the creek like a shot, evidently none the worse for wear.