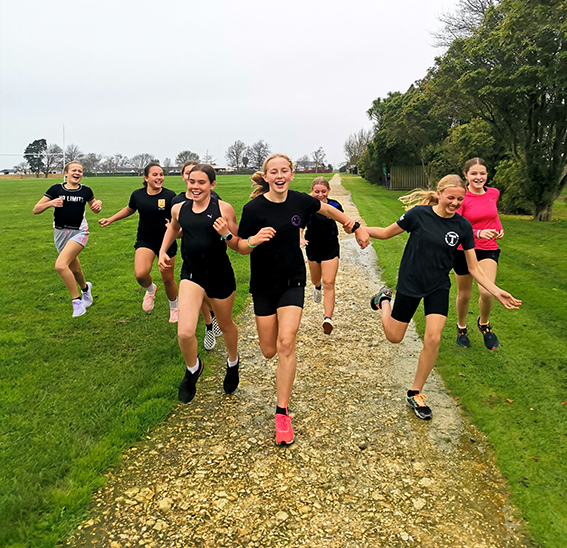 A group of Ngātea Primary School students has raised more than $1100 in this year’s World Vision 40 Hour Famine by running 48km between them.
The annual fundraiser, held this year between July 1 and 3, involves young Kiwis participating in a 40-hour challenge to raise money and bring hope to children living in poverty in more than 40 countries.
Serena Hammond, whose year eight daughter Lily participated in the fundraiser, told The Profile Lily and her seven friends, who are also in year eight, decided to take on the 40km in 40 hours challenge rather than take on the traditional challenge of taking no food for 40 hours.
The 40km in 40 hours challenge aims to raise awareness of children living in Asia and Africa who carry water an average of 42km every week.
“They decided… what they could do with the number 40 and the main part of it was fundraising so they thought anything they can do is positive,” she said.
“I definitely think nowadays it’s to make people more aware that there still needs to be fundraised money for these good causes and [running’s] definitely a healthy approach to getting to the number 40 rather than starving yourself.”
Serena said the girls designed their own flyers and went door knocking after school on June 30 to encourage residents to donate, and also established an online donation page with the help of their teacher.
“They got some really positive responses and they’ve raised $1127,” she said.
“They were very pleased, they gave themselves a goal of $1000 and I even think none of them thought they would get to $1000. They’ve gone beyond that, so I think they’ve done very well.
“For them at a young age to make money through good habits now is only a positive for the future.”
Serena said the girls, who all participate in hockey and netball, ran 6km each in 3km increments on July 2 and 3 around the Ngātea area including the township, River Rd and the nearby Hauraki Rail Trail.
“It was nice that they ran together… a bit of a bonding experience between the girls’ friendships,” she said.
“Exercise is so good for not just their physical but also their mental well being.”