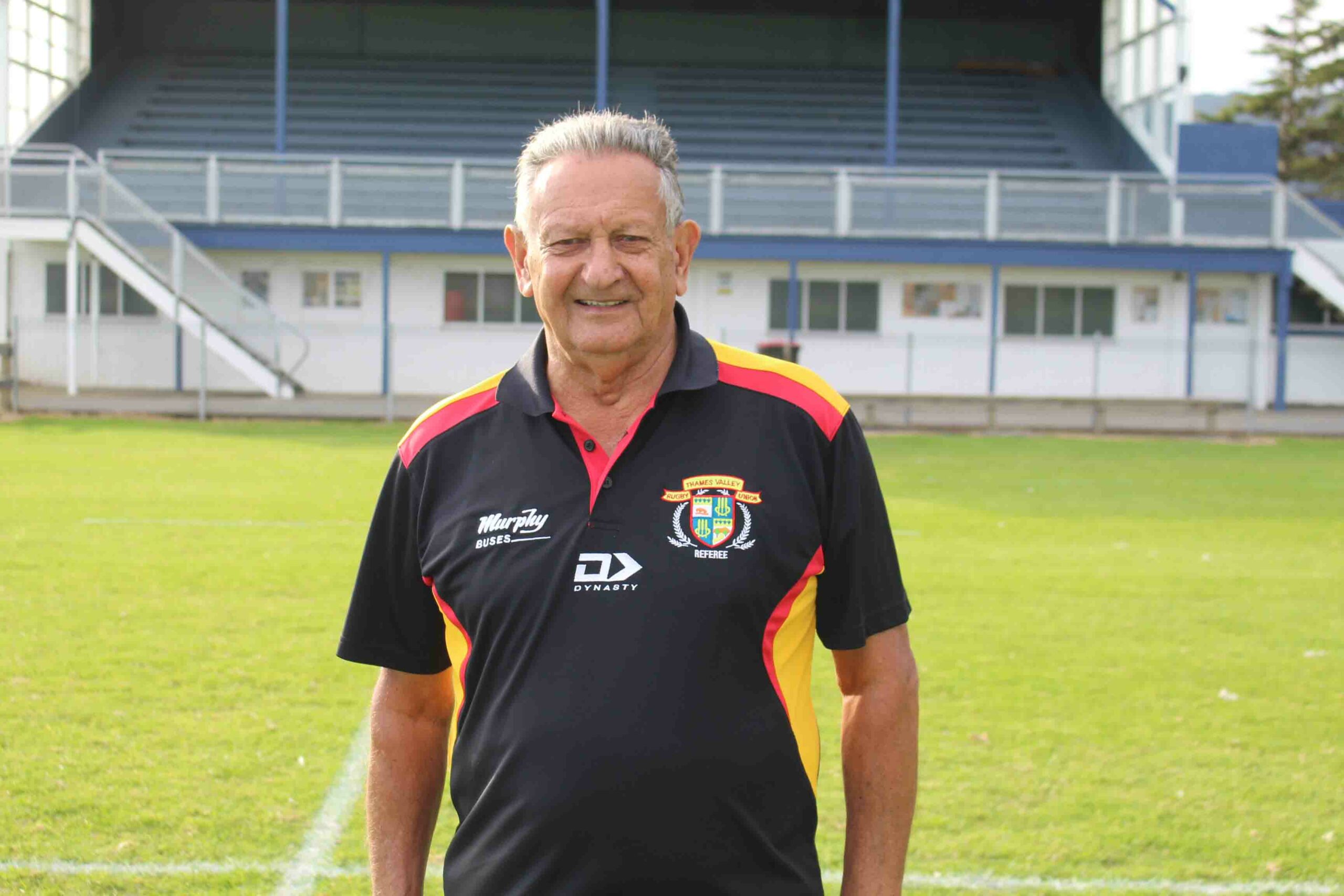 A veteran referee and referee coach wants to encourage more young people in Thames Valley to take on the role.
Thames Valley Rugby Union (TVRU) referee coach Mike Dilnott told The Profile the union currently had a referee shortage, which was having an impact on match rulings.
“At the moment we have enough referees but not enough for all Year 9 and 10 games,” he said.
“If we had more referees, every A and B game would have touchline judges but we don’t… so we have to rely on the home team to supply someone to run the flag.
“The difference is someone from the club can only indicate where the ball went out or a conversion or a penalty, but they can’t rule on foul play, whereas active referees can do that. So you’re almost saying you’re only getting vision from one side of the field when you’re down to one assistant referee.”
Mike said from what he’d been told, Covid-19 was a possible cause of Thames Valley’s referee shortage.
Mike said his referee career could inspire the next generation of young referees.
It began in Whanganui after one of his major customers who was also the city’s top referee had been told Mike was rugby mad.
“He said I think you should take up refereeing [because] you’re too old to be playing and I was 37 years of age at that stage,” he said.
“They made me welcome and made my wife welcome as well, which was good… and so I had two seasons [refereeing] there in 1980 and 1981.”
Mike then moved to Wellington and held many referee and referee coaching roles, was a liaison officer for visiting international and national teams and had stints in Japan and United Arab Emirates coaching referees.
The 80-year-old’s game plan now, after moving to Paeroa to be closer to family in 2019, was to recruit more young referees in Thames Valley.
“I asked TVRU what they were doing to recruit or promote recruitment of young referees and they said we haven’t done a lot,” he said.
“At that stage they didn’t have anyone who’d gone through referee coaching courses; they were just relying on the older hands to pass on their experience.
“I’ve had a lot of enjoyment out of rugby so I believe I should give something back, and I want to encourage young people to recruit and join refereeing.”
Mike said he was currently coaching four referees and uses a style called GROW, which stands for goals, reality, options and work.
“Start refereeing at a young enough age and if you’re prepared to move on and put in the effort, there’s options… like Bay of Plenty or Waikato or Auckland, to get the higher level of fixtures,” he said.
“You have to have a very good knowledge of the law, you have to have a thick skin because you get a lot of verbal and sometimes it can get out of hand, but you could turn it around if you have a sense of humour.”
Mike said he would also encourage young women to become referees.
“If we can also get more girls involved the better at the moment because there’s college girls playing now and the union wants to develop girls rugby.
“So let’s have girls working with girls if we can, we’ll guide them but let them take the lead.”
DETAILS: Contact Mike Dilnott if you’re interested in becoming a referee – Ph 027 440 5625.