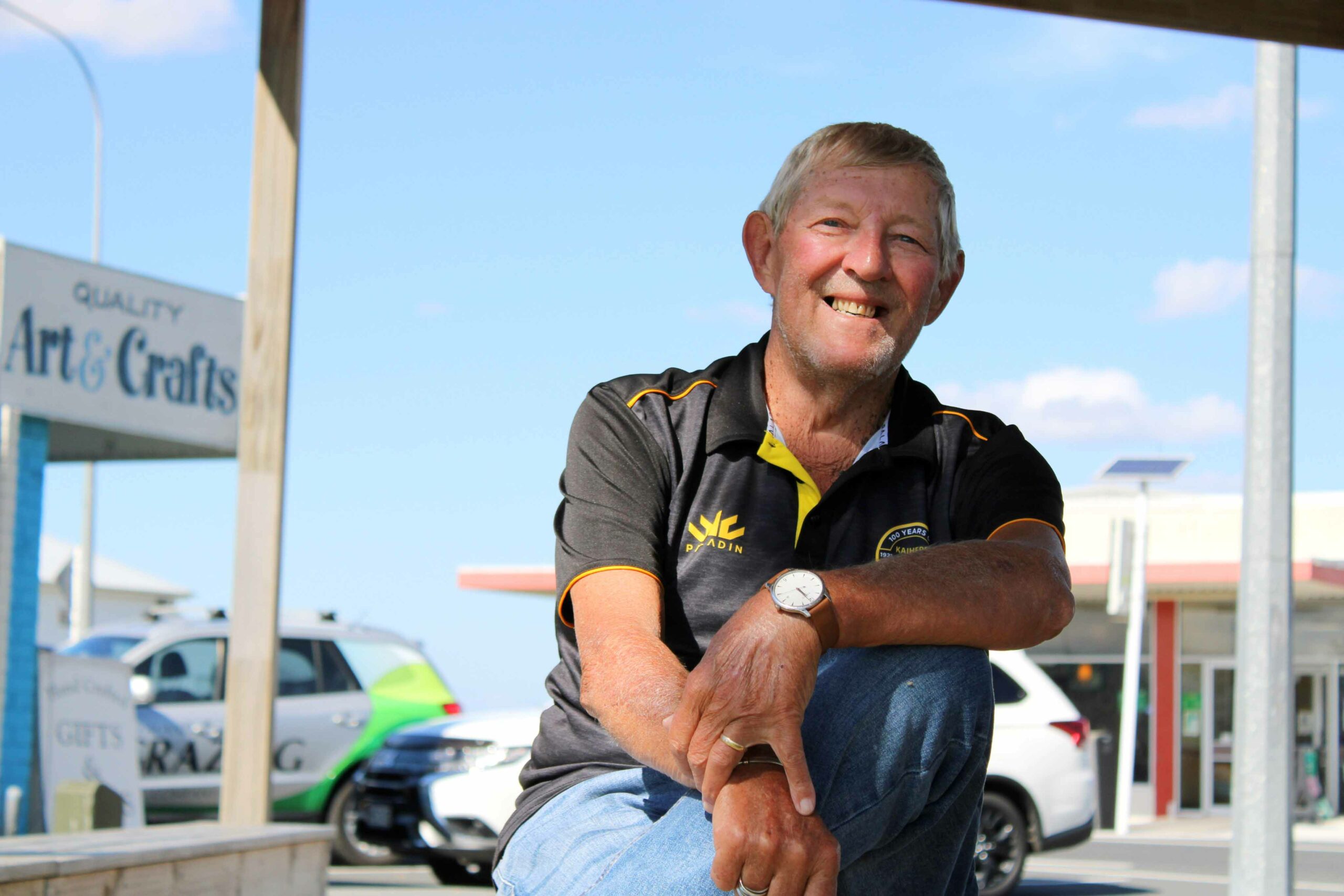 For the first time in more than a decade, there will be no ‘Harris’ around the Hauraki District Council table, as Ross Harris decides not to stand again this year. Photo: KELLEY TANTAU

In an effort to avoid turning “stark, staring mad” Ross Harris stood for council.
He attempted five months as a retiree, and even travelled around the East Coast with his wife Cheryl, but after returning home to the Hauraki Plains, “frustrations” from being outside of the corporate world he’d known for 35 years, started to take their toll.
It was only when former deputy mayor Bruce Gordon tapped him on the shoulder that Ross indulged in the request that had been asked of him for 20 years: become a local politician.
Six years and two terms later, Ross has decided to give retirement another crack, but being a member of Hauraki District Council came not without its learnings, he told The Profile.
“There is one philosophy that I try to use, and that is: we’re all born with two ears, two eyes, and one mouth, and they should be used proportionately.”
Being Hauraki Plains born and bred, and as the grandson of quarrying stalwart HG Leach on his mother’s side, and Mangatarata farmer Thomas Harris on his father’s side, Ross said while standing for council was not intended, it was unsurprising.
His brother Greg Harris had also been a Hauraki District Councillor, while his dad Allen was involved in what is now called the Western Drainage Board Committee, as well as the Hauraki Golf Club. His mum, Velma, was also involved in Plunket Mothers, The Country Women’s Institute, Catholic Women’s League, and the women’s section of RSA.
“You couldn’t help becoming involved in the community, and right from a very early age, all of us recognised that communities were made up of people, it wasn’t just bricks and mortar and roads and infrastructure,” he said.
“You think of all the hours a whole group of people that were all intertwined and related had spent listening to our community… It’s a history that I’m so proud of.”
Born in Mangatarata, Ross moved with his parents to Kaihere Rd in 1950. He met his wife, Cheryl, from Kerepēhi, when he was 17 and they went on to have three children together.
For three decades he worked in either corporate roles, the dairy industry, sports administration, and with FVC Vet Services as its chief executive.
In the 80s, he received a delegation to stand for the central government elections and considered it for three months, but decided against it due to the role’s demands on his home life.
He said he had a “privileged life” – but with that, came an important aspect of advocacy.
“One of the frustrations I have is when people sit around making decisions for communities and believe they’re making a decision for their future. It’s not their future. It’s not my future,” he said.
“We need to be thinking 30 years out, 40 years out. I’ve got 12 grandchildren, and I use them as a sounding board.”
Ross was this term the chair of the Hauraki Plains ward, and his highlights throughout his local council career were simple things, like the Hugh Hayward Domain walkway and cricket nets, the self-opening doors at the Ngatea service centre, and the Wharekawa Coast 2120 project.
Two “big disappointments” were the conflict between council and community over the Ngatea Library upgrade, which featured a petition signed by more than 1200 people; and the Ngatea main street upgrade, which dragged on for more than a year.
“I hurt really, really badly. I never recognised that,” he said.
“I hurt really badly over the Ngatea library fiasco, and I hurt really badly over the fiasco of the State Highway 2 upgrade.”
Now, for the first time in more than a decade, there will be no “Harris” around the Hauraki District Council table, but Ross, who was diagnosed with prostate cancer in 2018, said the time was right.
“I’m worried about the next chapter, in that, for the last 35-40 years I’ve been active in a community with all walks of life… but I think we’ve got a use-by date stamped on our bum, I’m sure we have, but most of us don’t back up to a mirror and see what it is.”