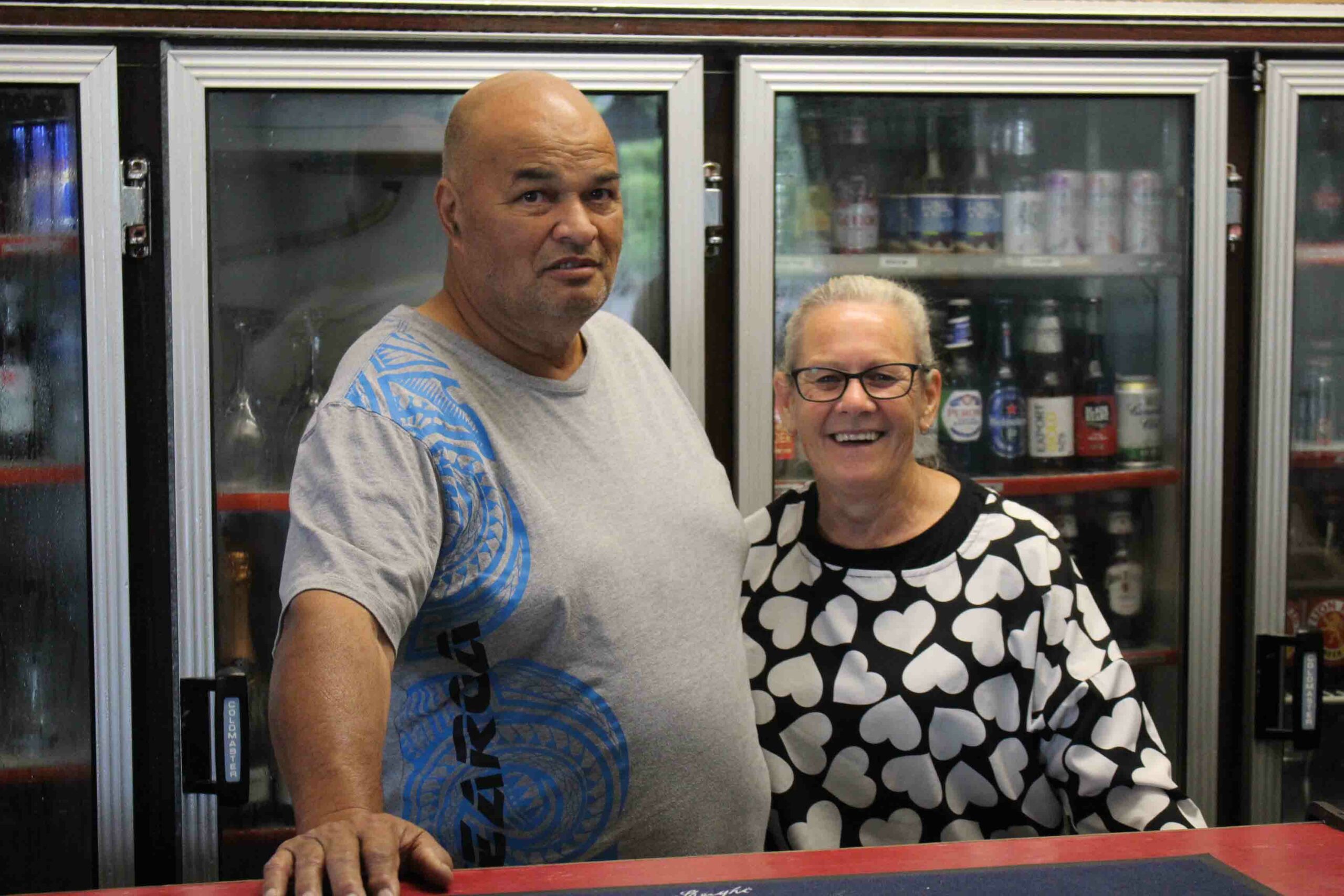 Ray and Suzanne will miss Hikutaia’s people the most after leaving Pioneer Tavern. Photo: GORDON PREECE

After 27 years of serving the “nice people” of Hikutaia, Pioneer Tavern owners Ray and Suzanne Waite have retired.

The couple, who met in Hikutaia in 1967 and have more than 50 years of hospitality experience, became owners of the rural tavern in 1995 as it was in their area with a “nice community”.

“The council’s your biggest challenge, it’s gone crazy with fees for this and fees for that.

“You used to get your licence and it was one licence you could sell liquor to drink here, food here and takeaway, and now everything’s got a separate licence, it’s nonsense.”

Suzanne said the most popular menu items during their 27 years were their fish and chips and mince on toast with Speights and Waikato Draught to wash it down.

“They don’t want food that’s 10 foot tall with a little bit of meat in the middle, and then you have to buy all the sides, they want a plate full of food, eat it and go,” she said.

Ray and Suzanne have also fundraised for the community, including raising around $3000 for a defibrillator for the tavern after Ray suffered a heart attack while visiting a tavern in Gore.

They also gave a portion of their money raised in a competition they held three years ago to the fire brigade, and Suzanne’s been on the Hikutaia hall committee.

“They had a really nice community hall that was falling to bits, so we got new piles, new roof, new wiring. That’s good because if you lose it you’ll never replace it because it’s a huge building,” she said.

Ray and Suzanne’s final trading day was April 27 and they plan to leave Hikutaia to retire in Gore because of the South Island town’s cheaper housing.

Suzanne said it was time to pass ownership on to someone younger.

“We’re getting older, and we had to borrow money to turn into more of a cafe for the [Hauraki Rail Trail],” she said.

“I said no, we’ll let some younger people come in and do it so we decided to sell.

“We’ve been on and off the market for quite a while but somebody came along.”

Suzanne said the tavern’s new owner, Glenda Reid, was currently in Ireland but would return home to New Zealand soon.

Suzanne believed the tavern would be closed for a couple of months while the new owner “got her ducks in a row” before reopening again.

“I truly don’t know what she’s going to do with the place.

“At the end of the day, it’s her money and she’s more than welcome to do whatever she likes with it, but it would be nice if [Pioneer Tavern] stayed as a community meeting house.

“Whoever comes in here’s going to have a lot of really nice customers… and they’ll do well, because the people will look after you, it’s one of those communities.”

The Hikutaia community hosted a “huge” farewell party for Suzanne and Ray at the Hikutaia hall on April 10, she said.

“They said they’ll miss us and it’s an end of an era, mainly because we know everybody but life moves on and somebody new will come in and give the place a good rattle, it will be great,” she said.