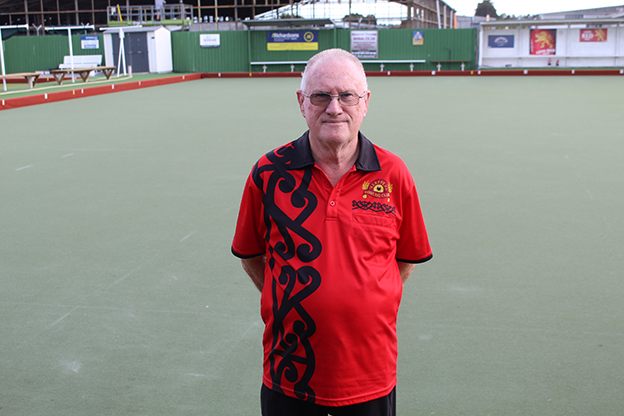 Hauraki District Council has bowled a $20,000 grant to support Kerepēhi Bowling Club’s “very exciting” project.
The club, which has just under 100 bowlers, plans to expand its clubroom after president Richard Crosland and some of the club’s life members noticed in 2020 the club was becoming more of a community hub with more people using it.
Richard, who has been president for two years, told The Profile the grant to support the project was “brilliant”.
“The last time anything was done to this club was in the 70s… apart from in the early 90s we put in new astroturf and in 2017 we ripped them out and put in international standard [bowling] carpet,” he said.
“We’re going to put new toilets and a shower block in and we’re going to move the bar back so it becomes one big room rather than the impression of two rooms as we are at the moment, so it’s a very exciting project.”
Richard said he approached council in early 2020 with his idea for the project, which they supported, and council granted them resource consent to expand the clubroom.
The club then spent $20,000 on blueprint plans and a building permit and engineers reports.
“In the meantime, Covid came along and it really put the brakes on everything but we persevered. The trouble is not only Covid but the building boom that’s gone crazy,” Richard said.
“We realised the amount of funds we allocated in 2020 wasn’t going to be enough so I approached the council to see if they would help us out… and we’re very grateful the council have now come to the party [with the $20,000 grant].”
Richard said they also applied for funding from the Lottery Grants Board in 2020 and were granted $160,000 from them in September last year which together with the club’s $80,000 gave them enough funds to proceed with the expansion.
Richard said it would take three months for builders to complete the $260,000 expansion but had been warned it could increase to around $300,000.
“Our application to lotto was based on the quote we got at the time which was $250,000, and that’s what that grant owes the money on,” he said.
“The fact that it’s gone up since then, is after they granted us the money so I don’t think lotto will be too concerned, it’s up to us to raise any further funds.
“What we’re hoping to do is approach some of our local businesses and get sponsorship on materials and things and hopefully that will bridge the last bit of the shortfall.”
Richard said the club was used by the Kerepēhi Women’s Institute, Environment Waikato, was the designated Civil Defence headquarters for Kerepēhi, and was used by Police for their first aid courses this year.
The club had also introduced a darts night.
“We’re now recognised as a very serious bowling club and we’re encouraging more and more groups to come along and use it, that’s our plan for the future,” Richard said.

‘School is safe, not a super spreader’