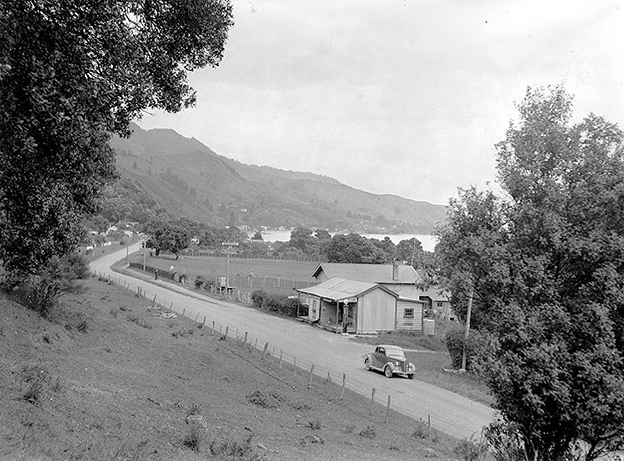 1930
A short, sharp earthquake shock was felt in Thames, rattling windows and crockery and leaving people sitting at their lunch tables wondering what had happened.
It was so long since anything of the sort was felt in the area that most people did not recognise it as a quake. The shock was felt at Coromandel, Paeroa, Mercury Bay, and Waihī and all over the Plains, but no damage was reported. The novelty soon wore off though as the shakes kept coming over the following days.
Some were slight and others fairly severe, setting electric lights swinging. At Thames, seven tremors were felt over a fortnight.
A very fine specimen of Māori workmanship was found by Mr West, of Paeroa, who unearthed a beautiful old mere (weapon) while ploughing on George Buchanan’s farm at Komata, seven miles from Paeroa. The mere was practically without a blemish, and was made of polished blue stone. The handle was uniquely carved and the edges of the blade were wonderfully sharp and well preserved. The mere was put on display at Paeroa.
A new scheme for the Miranda to Waitakaruru road was outlined by the Hauraki Plains County Council. Originally it had been proposed to place nine inches of metal on the road at an estimated cost of £3000, two-thirds of which was to be found by the Public Works Department and £1000 by the settlers. This was too big a hurdle for the settlers, who could not find the money and the road had been left in a practically impassable state. The new proposal utilised country rock, known to the residents as ‘rotten rock,’ as a foundation, which would raise the road above high water mark. On top of this would be a thick coating of shell deposits of which there was abundance.
This would make a fair road with light maintenance and give access from Miranda for settlers all the year round and allow cream supplies to be brought to the Waitakaruru factory instead of the long distance to Pokeno.
When two stores at Te Puru were broken into, eight pounds in money and a quantity of cigarettes were stolen from Hill’s store, while from Galloway’s store, one pound and some cigarettes were taken.
Members of the Hill family heard sounds about 1am and investigated, but found nothing amiss. After returning to bed, however, they heard a car drive away and in the morning found that the store had been burgled.
A vacant farmstead at Owharoa caught the eye of a settler who, after an inspection, determined to buy it. This necessitated a visit to Auckland to finalise details. On his return he found that the house had had its entire corrugated iron roof removed. He promptly contacted the police at Waikino who discovered plainly visible tyre marks and deduced that a motor lorry had been used to take the iron away.