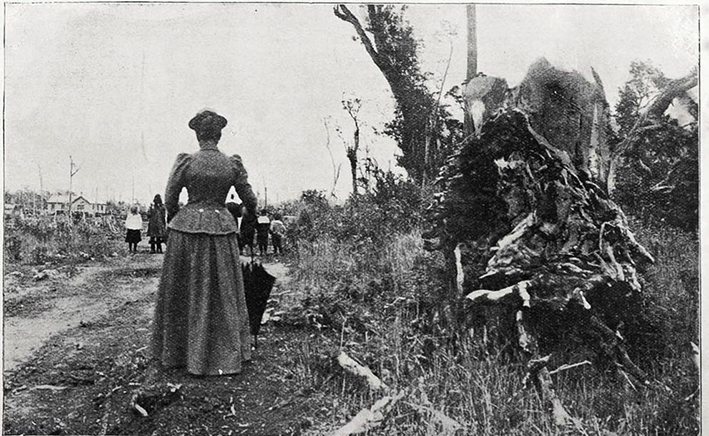 Breakfast was ready at the McInnes household in Maramarua but lodger John Read was nowhere to be found.
George McInnes had seen John going out with a gun around 6 that morning, something he often did. Mrs McInnes, feeling anxious, sent her husband out to look for him.
To his horror, George McInnis came across John shot through the heart, a double barrelled gun lying beside him. George called his neighbours together and they removed the body to his house.
It was October, 1900, and the death of 23-year-old John came as a great shock. No one could account for it. John, a school teacher at the combined Miranda and Maramarua schools, had been in the best of spirits the night before and had just received a substantial increase in salary. The inquest was held at the McInnes’s home.
John was considered a very steady young fellow and a good teacher. He had been in the employment of the Education Board since 1896 and had an admirable record at each of the schools where he had worked. In April, he had been given charge of the school at Maramarua, and in August, this school was combined with that at Miranda under his direction.
Mr W N Ingram had, on behalf of John’s relatives, been sent to bring the body back to Auckland, and stated that he had known John from childhood.
He was always of the most cheerful disposition; in fact, when Mr Ingram had last seen him he appeared in extra good cheer.
The jury brought in a verdict of “accidental death”, there being no evidence the young man had any intention of self harm.
The death of John was a significant loss to schools like Miranda and Maramarua. Attracting teachers to country schools was difficult. They were often underfunded, as many pupils could not attend regularly. A fixed sum was granted by the government for each child on the roll, but only some costs were covered, and parents had to help pay the teacher’s salary. In winter, bad weather, rough roads and illness prevented children getting to school.
In summer, they were kept home to help with chores such as haymaking.
Some children were exhausted because they had to milk cows before coming to school and were a challenge to teach. Teachers often shared their workload with pupil-teachers – an older child who taught while still studying.
At a Board of Education meeting, regret was expressed at the death of John Read. It was recommended that instructions to both teachers and scholars on using a gun be given.
It was only a few months previously that another teacher in the country had shot himself in the foot.
John was buried in the Avondale Cemetery.

Fears businesses will abandon Thames due to housing shortfall