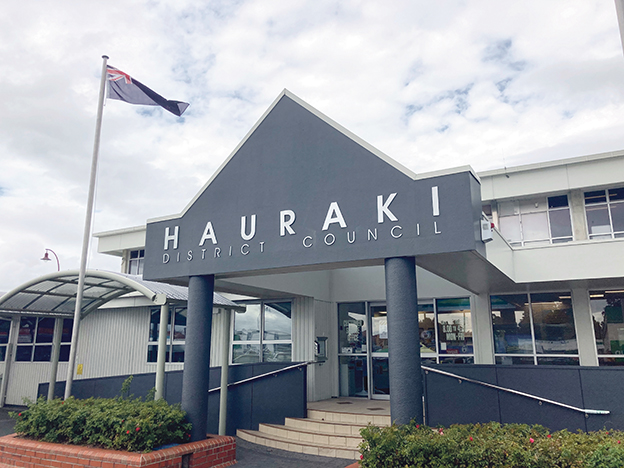 Opposition to a district council’s decision to reduce the membership of one of its committees was labelled a potential “conspiracy theory” around the table last week.
It followed Hauraki District Council floating an average non-water rates increase of 3.95 per cent for 2022-23.
At its March 30 meeting, present councillors, bar two, voted to reduce the membership of its Manaaki Toiora Committee to encompass Mayor Toby Adams and five councillors.
The councillors appointed to the committee were selected as Waihī ward councillor Anne Marie Spicer as chair; Plains ward councillor Ross Harris as deputy chair; Waihī ward councillor Paul Anderson; and Paeroa ward councillors Rino Wilkinson and Jo Tilsley.
Plains ward councillor Ray Broad, and Waihī ward councillor Brian Gentil voted against the change, voicing concerns over the unbalanced representation of elected members, and potential bias leading up to the local body elections in October.
Previously, the Manaaki Toiora Committee was made up of all elected members. Its primary role is to work alongside communities and key stakeholders to take action that positively influences the social, cultural, and economic wellbeing of residents.
The timing and process behind the committee changes raised questions for Cr Gentil, who noted that, with elections six months away, selection on to Manaaki Toiora could have the potential to raise one’s public profile; however, Mayor Adams proclaimed there was “no secret squirrel stuff happening in this council”.
Cr Ross Harris also said suggesting selection on to the committee was a “political rort to gain votes” was “totally out of order”.
‘Vote Day’ for local body elections will be on October 8 this year, with Mayor Adams already expressing his desire to run for the district’s top job for a second term.
Candidate nominations open from July 15 until August 12.
Meanwhile, council has released its draft annual plan for 2022-23.
In it, council is forecasting a non-water rates increase of 3.95 per cent, and for water, an average increase of 7.5 per cent.
However, it is also consulting on the possible introduction of Separately Used and Inhabited Parts (SUIPs). According to Mayor Adams, SUIPs are ‘separately used or inhabited parts’ of a rating unit. That is, for example, retirement villages, or additional houses on farming or lifestyle properties. It would mean that households would pay their “fair share” of the cost of contributing to services.
Consultation closes on May 2, and council will consider the final annual plan in June for adoption to come into effect on July 1.
Also at the meeting was a unanimous decision to grant $20,000 from the Plains Ward Community Recreational Facilities Development Fund to the Kerepēhi Bowls and Sports Club for their project to extend the clubrooms to enable it to be better used as a community hub and Civil Defence headquarters.
Council also agreed to grant a five-year interest free loan of $20,000.