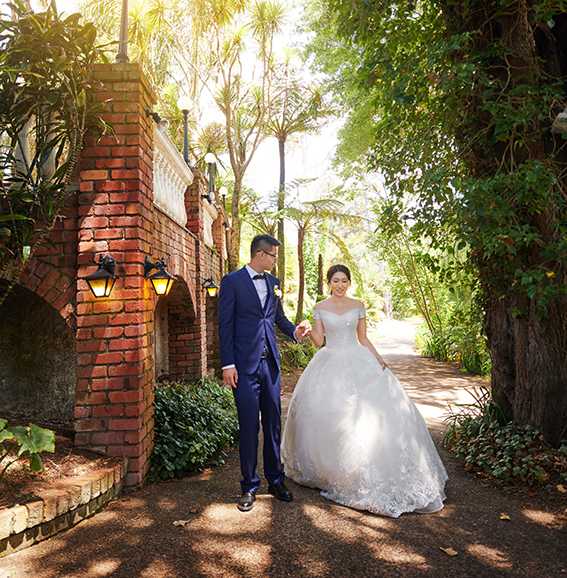 The photos of Carrie Geng’s wedding to Henry Lin bring tears to her eyes but also a smile.
They evoke memories of little more than two years ago, getting married at Settlers Country Manor in Auckland in a white dress with a stunning train.
Henry wore a blue suit and bow tie.
Carrie lost her husband, aged just 31, in a multi-vehicle crash on State Highway 1 at Lichfield, south of Putaruru last month. Carrie was injured in the crash but has since recovered.
Now, the Paeroa woman is fearing deportation, with her New Zealand residency application suddenly “in limbo”.
Henry and Carrie own Coin Save on Paeroa’s main street. Carrie started work there six years ago, after studying business in Auckland.
She’s lived in New Zealand for eight years, but told The Profile her partnership visa was set to expire in April.
Her residency application was also in its “final few steps when Henry was taken”.
“Paeroa needs her to stay. New Zealand needs her to stay,” her aunty, Kathy Sun, said, calling the pair a “loving couple”.
She brought forward another wedding image – this one showing Carrie in a red traditional Chinese dress being carried down a flight of stairs by Henry. “It was a beautiful wedding.”
Carrie, originally from northern China, said the possibility of getting deported was “beyond imaginable” as Henry was buried in Aotearoa. To leave would be to rip her heart apart a second time, she said.
“A lot of people have come in [to the shop] to show their love to me.
They’ve told me that I’m a part of the Paeroa community.”
She showed The Profile a piece of cardboard that had on it a list of people’s phone numbers.
“They told me if they can help, to call them,” she said.
She’s also been given flowers, cards, and chocolate from locals, and there was a remembrance service for Henry on February 25 outside the Coin Save store, in which the pavement was crowded with mourners.
Carrie, Kathy, and their friends are asking people who know the family to write a letter of recommendation on behalf of Carrie, to help with her residency application.
They’re also inviting people to call into the shop on Normanby Rd to share their support.
Police reported that one person in the car died at the scene and two other people were transported to hospital with serious injuries, after the February crash involving a car, a campervan, and a milk tanker.