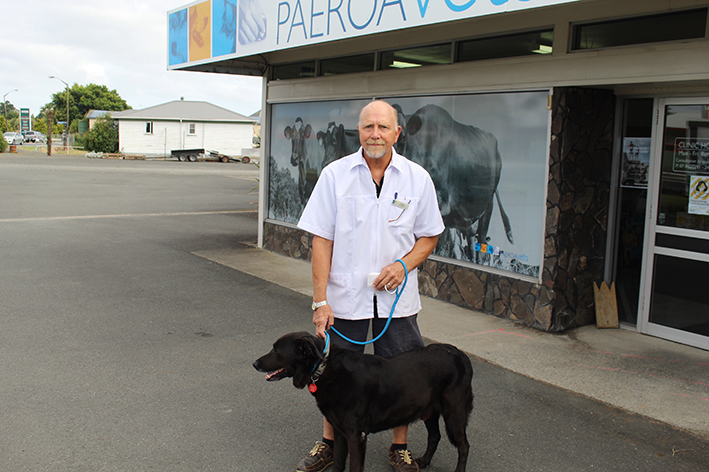 Dog owners are being urged to vaccinate against parvovirus after several dogs have died within hours of being taken to the vet with the disease.
Paeroa vet Dr Ivan Petch told The Profile there had been cases of the highly infectious parvovirus in Paeroa, Ngatea and Thames since December, which can cause healthy dogs to die within 24 hours.
“It’s very difficult to treat, we’ve had two 4- to 5-month-old healthy dogs die within 12 hours of coming into the vet, despite treatment with electrolytes to keep them hydrated,” he said.
Ivan said black and tan dog breeds such as rottweilers were more at risk and symptoms, including vomiting and bloody diarrhea, could develop very rapidly.
“The virus attacks the capillaries in the bowel wall, causing hemorrhaging within the bowel, causing rapid death from dehydration,” he said.
“Often it’s the dehydration which kills them more than the virus itself.”
Parvovirus was more common in the summer months and was transmitted through infected dogs faeces.
“When the droppings dry out it releases the virus. People carry it back home with them when they pick it up by the soles of their shoes, which then gets passed on to their dogs,” he said.
Ivan said like a lot of viral diseases, parvovirus is easily prevented by vaccination.
“It involves a relatively simple injection if they’re over four months and if they’re under four months, they require booster shots until they reach four months,” he said.
“Dogs should be vaccinated from as early as six to eight weeks old, then they need three shots, the last one being at 16 weeks old, and then an annual booster shot and every three years from then.”
“If people have unvaccinated dogs, they should keep them at home and away from public areas where other infected dogs may be and could transmit it, but the main thing is getting their dogs vaccinated as soon as possible.”
Ivan said Paeroa Vets also advised dog owners to get their parvo vaccine along with the vaccination against leptospirosis, which is another problematic disease on the Hauraki Plains.

SIGNS OF PARVO
Signs of parvovirus start with a reluctance to eat, a progression to fevers, marked lethargy, vomiting, and finally watery bloody diarrhoea.
In order to protect your dog against parvovirus, it is essential to vaccinate all puppies, ensuring vaccination programmes are completed and the final vaccination is given at 14 to 16 weeks of age.
Ensure all puppies that are yet to complete their vaccinations are kept off footpaths and parks (all public places) and remember that they are only safe to travel to these areas two weeks after the final vaccination is given.
Parvovirus is a very hardy virus that is passed in dog droppings and can survive for six months to two years in the environment.